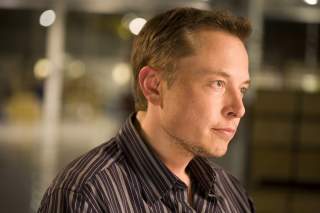 Three of his companies according to the Los Angeles Times, “together have benefited from an estimated $4.9 billion in government support.” The technology sector now finds itself warped by it to an extraordinary degree. Government converted one of the sector's stars into a corporate welfare queen.

How absurd are things? Again, Tesla: In February, the Wall Street Journal pointed out that by 2015 sales of carbon tax credits—themselves a subsidy—totaled 7 percent of Tesla's sales. Of course, the remainder of those sales came from selling government-subsidized cars to government-subsidized consumers—and the company still lost $108 million. Nevertheless, Tesla stock is over $180 after having been below $50 in 2013. Investors love it.

Why risk investment capital on a prototype widget with an unproven market when you can invest in Tesla where the American taxpayer guarantees a return on your investment?

Leonardo DiCaprio wants more of this. Hopefully, Trump tells him no thanks.

Kristofer Harrison served in both the Departments of Defense and State during the George W. Bush administration. During the Republican primaries he served as a foreign policy advisor to Senator Ted Cruz (R-TX).