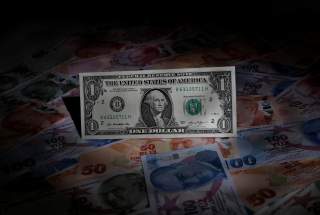 A key pillar of American power is the central role of the U.S. financial system in the world economy, which derives largely from the dollar’s status as a global currency. Over the past several decades, Washington has leveraged its financial prowess to further its foreign-policy objectives. Two leading analysts, each with extensive firsthand experience as practitioners of economic statecraft, recently discussed at the Center for the National Interest using sanctions as a policy instrument. They also examined the risks associated with Washington’s overdependence on these punitive financial measures. For example, they could spur foreign governments to develop work-arounds to the U.S. financial system.

“Sanctions are a tool of first resort when it comes to foreign policy, and are certainly a favorite for this administration,” said Elizabeth Rosenberg, senior fellow and director of the Energy, Economics, and Security Program at the Center for a New American Security, and a former Senior Advisor at the U.S. Department of the Treasury, to the Under Secretary for Terrorism and Financial Intelligence. While the Obama administration heightened U.S. reliance on sanctions, under Trump, the executive branch and Congress have gone further, applying sanctions to a host of international challenges: counterterrorism, counterproliferation, countering Iran in the Middle East, and responding to Russian intervention in Ukraine and U.S. election interference.

As U.S. foreign policy has increasingly leaned on sanctions, the instrument has evolved, becoming a sharper, more precise tool than what Washington wielded just a decade or two ago. Early sanctions, such as those targeting Castro’s Cuba or Saddam’s Iraq, were per Rosenberg, “based on leveraging the prominence of the United States in international trade, both its role in supply chains, and as a major party to many international trade transactions.” The downside of this trade-based approach was that sanctions were permeable and prone to circumvention by targeted states. About fifteen years ago, the Department of Treasury undertook a shift towards “smart sanctions,” which went after financial transactions as opposed to trade. These sanctions have been particularly powerful, because as Rosenberg explained, the United States “is such a central player in the global banking system both in terms of dollar as a store of value, and also as currency for transactions.”

Ironically, the 2008 financial crisis, which many saw as a harbinger of American decline, only strengthened the dollar’s role as an international reserve currency, and “supercharged this [sanctions] authority.” As a result, “it’s now pretty clear that no global bank or company will risk its access to the dollar, to the U.S. financial system, to its ability to clear dollars by violating sanctions” said Rosenberg. She also noted that some large foreign banks and corporations are so fearful of falling afoul of U.S. regulations, they have actually relocated their compliance departments to the United States.

Over the last five to seven years, a key innovation in sanctions policy has been micro-targeting of specific individuals or types of financial activity. According to Rosenberg, this precludes countries or enterprises from being “too big to fail” [i.e. to sanction] as measures can be fine-tuned to target specific components of larger economies or big companies. As a result, she sees the term “sanctions” as something of a catchall moniker encapsulating a “whole array of different kinds of banking restrictions.”

“The two sentence version of my talk is that the Chinese hate unilateral U.S. sanctions, but cannot really do anything about them in the short-run, or even in the foreseeable future” and that “internationalization of the RMB is a long way off,” remarked David Dollar, a senior fellow in the John L. Thornton China Center at the Brookings Institution and a former economic and financial emissary to China for the U.S. Department of Treasury. China has long had an interest in facilitating “de-dollarization” in order to erode U.S. financial predominance, which in turn, would greatly curb the United States’ ability to levy unilateral sanctions. Nevertheless, the situation is, as Dollar pointed out, more of a double-edged sword for China than is often realized. Citing his participation in meetings with senior Chinese officials, Dollar noted that leaders in Beijing are forthcoming that China has been a major beneficiary of the post–World War II international financial system.

China has also selectively participated in some international sanctions campaigns. For example, as Kim Jong-un escalated nuclear and missile testing in 2016 and 2017, Beijing supported and played a leading role in implementing a series of UN Security Council resolutions applying progressively more restrictive sanctions on the North Korean economy. China was willing to get on board, partially because of frustration with its increasingly reckless neighbor, e.g. Kim’s decision to test a Hydrogen Bomb during Xi Jinping’s hosting of the BRICs summit in September 2017 did no favors for Pyongyang in Beijing. Importantly, Beijing was also amenable to joining this “maximum pressure” campaign because sanctions were implemented through the traditional multilateral mechanism, the UN Security Council, albeit with intensive U.S. lobbying, but also through extensive consultation with the other major powers. As Dollar states, these types of multilateral sanctions that “go through the United Nations,” are “the kind of operation the Chinese like.”

A long-time, but hitherto essentially hypothetical threat to the dollar’s preeminence is the internationalization of foreign currencies, including China’s renminbi. Dollar identifies several conditions for currency internationalization, only one of which China meets: 1) a large GDP and a major trading economy; 2) deep capital markets; 3) an open capital account; 4) flexible currency; and 5) strong rule of law and property rights. While China obviously meets the first standard, it does not meet the latter four. As Dollar elaborated, “all this is very intuitive, people don’t hold dollars because they particularly like us; they hold dollar reserves because we have very good property rights, we have an open capital account, and we have very deep capital markets.” As a result, international holdings of the dollar are remarkably stable, currently accounting for about 62 percent of global reserves, the same level as in 1979.

But is Washington’s overuse of sanctions risking long-term damage to U.S. financial infrastructure? Such fears spiked following the Trump administration’s unilateral decision to withdraw from the JCPOA or “Iran Deal”, which spurred Germany, France and the United Kingdom to establish a Special Purpose Vehicle (SPV) to facilitate trade with Iran. The SPV is currently set up to process only non-sanctioned humanitarian exchange, but could eventually evolve in to a sanctions work-around.

As Rosenberg noted, it is concerning that the Trump administration, in taking a unilateral approach to Iran, has spurned and alienated its allies, particularly in Europe, which will make it “harder to address joint security concerns” across the board from counterterrorism to strategic and economic competition with China. Nevertheless, despite this and other tensions with allies such as trade disputes, Rosenberg observed that for the foreseeable future, the world will remain enmeshed in a situation “where the United States has created and manages the pipes of this financial system. If you want to play, you grudgingly, angrily, must comply. For everyone of any meaningful size that will hold true.” Regrettably, the United States is, “I fear learning the [wrong] lesson that you can do this and still have tremendous economic and strategic dominance.” Rosenberg predicts that “not until we [the United States] learn the lesson far too late,” due to the development of new technologies (e.g. artificial intelligence or cryptocurrencies) or the emergence of a truly internationalized foreign currency, will Washington make a course correction. Of course, at that point, American policymakers will find themselves operating in a very different world, one in which the financial playing field is no longer titled in their favor. In hindsight, American policymakers may very well come to regret that they were not more prudent stewards of their immense economic power.