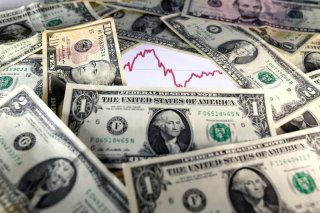 The United States is no stranger to having external economic crises adversely affect its economic performance. Yet amid the global coronavirus pandemic, U.S. economic policymakers seem to be exclusively focused on the domestic risks to the economy. This is all the more surprising considering how likely it is that the coronavirus induced economic crises abroad could have major adverse spillover effects to the U.S. economy.

Over the past twenty-five years, there has been no shortage of economic crises abroad that have posed serious challenges to the U.S. economy. These have included an Asian currency crisis, a Russian debt crisis that upended Long-Term Capital Management, and a Latin American debt crisis. More recently, they have also included a European sovereign debt crisis that centered around Greece and sent shudders through U.S. and global financial markets.

If past external crises have posed serious challenges to the U.S. economy, then one would think that those likely to be triggered by the coronavirus might be all the more challenging. It is not only that many overseas economies are all being hit simultaneously by a massive supply-side shock in the form of a pandemic that has plunged them into their worst economic recessions in the postwar period. It is also that many countries were already heavily over-indebted before the pandemic struck and that the emerging market economies today constitute a very much larger part of the global economy than they did some ten years ago.

The weakest link in the global economy would appear to be the commodity-producing emerging market economies. These economies, which include most Latin American and African economies, entered the crisis with already weak public finances and poor governance. They are now being hit by a perfect economic storm in the form of a pandemic that is disrupting domestic production, a plunge in international commodity prices, periodic bouts of capital withdrawal, and very weak external demand for their exports.

To be sure, in a world of ample global liquidity provided by the Federal Reserve, world financial markets appear to be unfazed by the debt restructurings and defaults that we are already seeing across much of Africa and in countries like Argentina Ecuador, Lebanon, and Venezuela. However, it might be a different matter if we start to get defaults in the more systemically important emerging market economies like Brazil, South Africa, and Turkey. Unfortunately, judging by the severe foreign exchange pressure under which these latter countries currently are and their very poor public finances, it would seem to be only a matter of time before they too have trouble servicing their external debt.

With a wave of debt defaults soon likely to hit the emerging market economies, the last thing that the world economy needs would be another round of the European sovereign debt crisis. This would certainly be the case if that crisis were to be centered on Italy and Spain, whose economies are many times the size of that of Greece.

Unfortunately, it is difficult to see how over the year ahead the Eurozone will manage to avoid another round of its sovereign debt crisis. It is not simply that Italy and Spain’s tourist-dependent economies are being particularly hard hit by the pandemic with the International Monetary Fund now forecasting that both these economies will contract by at least 12.5 percent in 2020. It is also that even before the pandemic these two countries had very high public debt levels and very weak banking systems.

It is now officially forecast that Italy and Spain will see their budget deficits balloon to more than 10 percent of GDP in 2020. Meanwhile, by the end of the year, their public debt to GDP levels will skyrocket to more than 150 percent in the case of Italy and 120 percent of GDP in 2020. It is also more than likely that with much deeper recessions now than in 2009, the banks in these countries will see their non-performing loans surge to record levels.

Stuck within a Euro straitjacket that precludes currency depreciation as a means to cushion the effects of budget tightening, these countries will be faced with an unenviable economic policy choice. If they engage in budget austerity to mend their public finances, then they will risk deepening already painful economic recessions. Yet if they do not engage in budget austerity, then they will risk leaving their public debt on an unsustainable path.

All of this would suggest that U.S. policymakers should be paying more attention to troubling economic developments abroad. This might induce them to have the U.S. resume its traditional role of international leadership in world economic crisis resolution. It might also add urgency to the idea that additional economic stimulus might need to be provided to the U.S. economy, which has been undergoing a recovery that now seems to be running out of steam.