The Danger of Leaving Women Out of the National Security Conversation 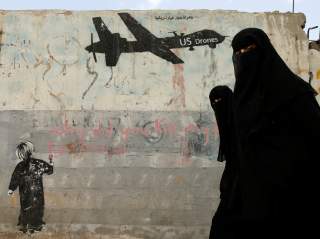 There are over 125 million women who should be alive today but are not because of the systematic devaluation of female life. From sex-selective abortions to female infanticide to the warped practice of so-called “honor” killings, there are countless ways in which societies have engineered chronic insecurity for females and unborn fetuses. The scale of the violence is so vast that, by some estimates, contemporary misogyny in Asia alone is responsible for more loss of life than all of the wars of the twentieth century combined.

Yet while there is a vibrant community of feminists and security analysts who make it their mission to draw attention to the desperately unequal experiences of women versus men, political leaders and policymakers continue to lag behind. Too often the physical safety of women is treated as low-level politics—a blight upon undeveloped countries similar to hunger, poverty, or disease. That is the wrong attitude to have. The Women, Peace, and Security (WPS) Agenda is about as high politics as it gets—and it affects all countries. It is, perhaps, the most pressing security issue in the world today.

It should be regarded as good news, then, that the Trump administration has published a comprehensive WPS strategy document as mandated by the bipartisan Women, Peace, and Security Act of 2017. The document suggests that a “whole-of-government” strategy can be used to empower women and tackle some of the processes by which women and girls come to be disproportionately affected by violent conflict. Such an approach—if it materializes—would be well worth applauding.

Of course, some caveats are in order. First and foremost, President Donald Trump is far from the ideal candidate to carry forward the WPS agenda. His own misogyny is well documented and his administration has not exactly established itself as a trailblazer for women’s rights.

Moreover, publishing a strategy document is not the same as making good on that strategy—especially when the document in question was only authored because it was required by law. The Trump administration has had nearly two-and-a-half years to foreground women’s security but has plainly declined to do so. As Hilary Matfess wrote at the time of its release, for example, Trump’s National Security Strategy almost completely overlooked gender inequality as a driver of global insecurity—an implicit admission that Trump and his advisers are not inclined to view national and international security through the lens of gender unless they are forced to.

If anyone should be feted for the production of a WPS strategy by the U.S. government, it is the transnational network of activists and experts who have spent decades lobbying for national governments and international organizations to change their approach to conflict. Driven by a commitment to empirically document the systemic causes of everyday human suffering, these civil society groups have achieved enormous successes in the face of ignorance, indifference, and outright opposition.

Over the past twenty years, the WPS movement has convinced the United Nations Security Council to adopt no less than nine resolutions to designate the perpetration of sexual violence as a possible war crime, recognize structural gender inequality as a cause of chronic insecurity for women, and propose mechanisms to increase women’s participation in security planning and operations, among other things. Without doubt, it is this change in norms at the international level that is responsible for Congress and the Trump administration now deciding to take steps towards implementing a WPS strategy of their own.

Yet there is a long way to go before the WPS agenda can occupy its rightful spot at the heart of America’s national-security conversation. This was depressingly obvious when some news outlets chose to cover the launch of the Trump administration’s WPS strategy by focusing on the number of heads “turned” by Ivanka Trump and her “revealing” attire. Neither the content of the policy document itself or the gravity of the broader issues under discussion were enough to drive traffic to these outlets. The clothing worn by the President’s daughter, on the other hand, was far too newsworthy to ignore.

Perhaps we should expect the conservative tabloid press to be dismissive of women’s security issues. But the problem is not just on the rightwing of politics and society. Progressive politicians and candidates for office also struggle to foreground gender when discussing national-security affairs. Elizabeth Warren made no mention whatsoever of female insecurity in the Foreign Affairs op-ed that was meant to provide a blueprint for what a progressive foreign policy would look like under her leadership, for example. Neither did Bernie Sanders discuss the issue in his 2017 speech to Westminster College.

Why the deafening silence? The charitable explanation is that Warren, Sanders, and other Democratic hopefuls intend to implement a WPS-focused foreign policy if they are successful in their respective bids for the presidency. After all, even Hillary Clinton declined to make WPS issues central to her national-security message in 2016 despite having made significant efforts to entrench a feminist foreign policy while serving as Barack Obama’s first-term secretary of state.

In the long-term, however, the issue of women’s insecurity must be moved to center stage. There is an avalanche of empirical data to support the normative injunction that more needs to be done to protect and empower women the world over: that warfare affects women and men in different ways; that the costs of war fall disproportionately upon women; that the structural violence inflicted upon women and girls is exacerbated by the fact that too few women are afforded meaningful leadership roles in security planning and operations; that mass violence against women does not stop when the guns fall silent; and that violence against women and girls within countries is associated with higher levels of conflict between states.

The worldwide devaluation of female life should be treated like the top-level security issue that it demonstrably is. Researchers in the field of WPS have done their part to document the various phenomena at play—and how the issues can begin to be addressed. It is past time for policymakers in the United States and abroad to uphold their side of the bargain. The administration’s new WPS strategy is a step in the right direction, but it is a small step and one that is unlikely to be followed by meaningful progress under this president. It will fall to others to keep the momentum going. They should so as if millions of lives depend on it—because it’s true.