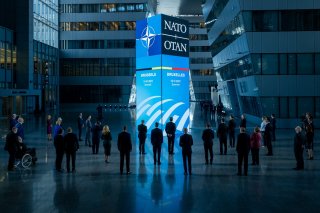 Quite appropriately, today the United States views China and Russia as adversaries, but there is little appetite for examining the roots of American disagreements with them. Putting aside U.S. distaste for Chinese and Russian authoritarian practices, in the foreign policy domain, democracy is hardly the key issue. In fact, since the Soviet collapse, Moscow has never used military force against any nation to suppress democracy. In 2008, Russia invaded Georgia, but only after Georgian forces had attacked South Ossetia which was protected by Russian peacekeepers. In 2014, Russia used force to annex Crimea and to support separatists in Donbass, but only after a pro-Western rebellion in Kiev that removed from power the corrupt, but legitimately elected, President Viktor Yanukovych. In each case—with President Mikheil Saakashvili in Georgia and the new Ukrainian government—Russia found itself confronted by hostile forces eager to join NATO, intent on exploiting their membership as a protective shield against Moscow. The struggle originated in territorial disputes and grievances over the Soviet inheritance. Democracy itself played, at best, a peripheral role—except in one very important regard. As George F. Kennan warned in 1997, NATO expansion into the former Soviet republics threatened to “inflame the nationalistic, anti-Western and militaristic tendencies in Russian opinion” and “have an adverse effect on the development of Russian democracy.” Russia itself must bear primary responsibility for its drift from democracy and its move in an autocratic direction. But the way NATO and the European Union handled Russia in the 1990s contributed mightily to its subsequent disillusionment with democracy. It was not difficult to discern that deepening confrontation with Russia would not make it more tolerant or pluralistic but, on the contrary, discredit pro-Western elements and provide more authority to the security forces. The West’s policy of broad sanctions provided Putin patriotic justification to consolidate political control and to bring many educated, successful people—people who would have otherwise been eager for more political and economic freedom—into his camp.

In the case of China, it is similarly difficult to demonstrate any instance when Beijing attacked a neighbor to overthrow democracy. Hong Kong—which Britain returned to Chinese rule in 1997—is the notable exception. Even here the major crackdown came only after protracted rioting. Certainly, China has been rather heavy-handed with many of its neighbors, but such actions have never been about democracy. They arose from disputes over territory, mineral, and energy resources, and the broader desire to stem American dominance in the region. As in the case of Russia, in the post-Mao period, military interventions have been rare—just once in 1979, when communist Vietnam invaded communist Cambodia.

This history undermines the notion that a global authoritarian challenge now emanates from China and Russia. It is rather the United States and the European Union that aim to make the world “safe for democracy,” to the extent that even great powers like China and Russia would have to abandon their chosen political systems.

SENSIBLE RESTRAINT is not tantamount to appeasement or surrender; quite the contrary, it must become a central element of U.S. global strategy if America hopes to continue to play a leading role in the world for years to come. A leading role does not require hegemony or an attitude of “our way or the highway,” which offends the dignity of countless other nations, even ones that are perfectly democratic. Instead, it requires that the United States maintain its military superiority, strengthen its alliances, and avoid unnecessary disputes with allies—all while being ever mindful of the fact that alliances are instruments of U.S. foreign policy rather than ends in themselves. The enhancement of alliances, in other words, must not become a paramount foreign policy objective that comes at the expense of larger U.S. strategic interests, such as the preclusion of a Chinese-Russian condominium. No help from Ukraine or Georgia can compensate for America being confronted with a new, most dangerous alliance dominating Eurasia. Both China and Russia should be strongly reminded, too, of America’s commitments to its allies, particularly to NATO members protected under Article 5 and to Taiwan. On the issue of trade, it is perfectly legitimate to defend assertively American interests and to push back when necessary. The Chinese, incidentally, understand that this kind of pushback is a normal part of conducting global business. Unlike in the area of democracy promotion, here they are willing to cut deals. Beijing and Moscow would certainly prefer something better than a cold peace with Washington, but given America’s democratic system, it is only appropriate to remind them clearly that brutality at home is not compatible with friendship with the United States. In most cases, this positive leverage may be more effective than sanctions.

At the same time, the American quest for democratic hegemony tends to forget that many governments throughout the world have grievances of their own with Washington and would not necessarily take the U.S. side in a confrontation with China or Russia. Taking stock of the failure of democracy promotion in the Middle East, Brent Scowcroft once aptly observed: “the notion that within every human being beats this primeval instinct for democracy has not ever been demonstrated to me.” Contrary to America’s democratic triumphalism, there is no iron law in history that dictates that democracies will always prevail over their autocratic opponents. Periclean Athens learned this the hard way when it waged war against Sparta and its allies and, in the process, forfeited its regional dominance and its own democratic rule. The pursuit of an unnecessary, even if appealing, triumph at the expense of a nation’s fundamental interests is self-defeating.