The Dangers of Trimming the Post-Coronavirus Defense Budget 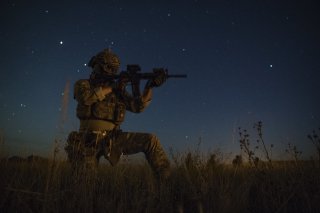 Will the economic fall-out from the coronavirus epidemic force America to cut its defense budget? Several analysts have argued that sharply reduced tax revenues, coupled with the multi-trillion-dollar federal relief packages already approved will inevitably increase the pressure to cut defense spending. Some estimate the cuts will be as steep—or even more severe—than those made under the Budget Control Act of 2011.

But are these baleful predictions anything more than a reflection of these prognosticators’ biases and wishful thinking? One remembers George Orwell’s observation: “People can foresee the future only when it coincides with their own wishes, and the most grossly obvious facts can be ignored when they are unwelcome.”

The prognoses of big defense cuts will rest on two key assumptions. The first assumption is that the $2 trillion relief bill will leave America unable to afford the military force it aspires to maintain. The second assumption is that Americans will decide that the real existential threat to our nation lies in diseases like the coronavirus rather than the armed might of its foes. One well-known team of authors predicts that Americans may conclude that, by concentrating on military defense, Washington has “gotten the very idea of security fundamentally wrong.”

Neither argument holds up.

The size of the relief package is indeed extraordinary. The stimulus package in effect increased the federal government’s 2020 budget by 50 percent, adding to an already massive $23 trillion national debt. But America was on an unsustainable financial trajectory long before the coronavirus made its appearance in November in China.

And it isn’t defense spending that is plunging America further and further into debt. Indeed, defense spending as a percentage of the federal budget has been steadily falling for the last decade. It stands today at a historic low of 15 percent. What has pushed America to the brink of insolvency is out-of-control spending on entitlement programs. Just three of these programs—Medicare, Medicaid, and Social Security—account for more than half of last year’s federal spending. The coronavirus stimulus bill is merely the icing on the cake.

If America ever chooses to tackle this debt problem, then constraining growth in defense spending and finding new Pentagon efficiencies should be part of the overall solution. But any serious effort will need to address those factors which are actually causing the insolvency—and that’s entitlements, not defense spending.

As for the claim that American’s will view their military as inconsequential compared to threats such as the coronavirus, it, too, falls apart on examination. Yes, the coronavirus is a fearsome threat, one that most Americans had never anticipated. But turn on the TV and who do you see responding to this challenge?

Brave health care workers, for sure. But the federal response is largely being manned by the United States military. We see: twenty-seven thousand National Guardsmen supporting test centers and performing essential logistics; Navy medical ships deployed to California and New York; Army field hospitals established in cities; the Corps of Engineers constructing hospitals in convention centers and hotels; and military medical laboratories working feverishly on vaccines and therapies. None of this would be possible if the military were not ready.

Yes, the military is part of a holistic government response including FEMA, the CDC and others. But it is highly visible, and Americans will remember who responded when called upon. Predicting that Americans will revoke their support for the military once the crisis is over, frankly, casts Americans in a bad light.

Meanwhile, let’s recall why it’s so important to continue rebuilding the U.S. military.

Starting in 2016, increased investment in the military halted the precipitous decline in readiness. Real gains have been made since then. Army brigade combat team readiness, atrocious in 2015, has been greatly improved. Aircraft readiness rates are increasing. New ships and aircraft are being delivered to the force, replacing what are essentially antiques. Progress has been made, but the military has not yet been made whole from years of underinvestment.

The military’s readiness free-fall did not occur overnight, and can’t be fixed in a year or even four. It will take years of consistent funding before the military will be considered adequate for the missions it is expected to perform. That’s a cost this country has easily shouldered in the past. As former Secretary of Defense Jim Mattis famously warned, “America can afford survival.”

If nothing else, then the events of the last two months should convince us that the world remains a dangerous place. It requires a strong military to protect our interests. Beijing’s behavior in this crisis should put to rest any lingering doubts about the true nature of that regime. Having hidden the true nature of the virus for at least a month, disguised infection and mortality numbers, the regime is now taking advantage of the world’s distraction to advance their interests in the South China Sea.

America is in the grip of a crisis, both medical and economic. It will get through the crisis, but the world at large will be every bit as dangerous as it was before the pandemic. The last thing U.S. leaders should do is to weaken the military—one of the country’s most valuable tools for keeping Americans healthy and safe at home and abroad.