Deal or No Deal: The Choice Before Congress 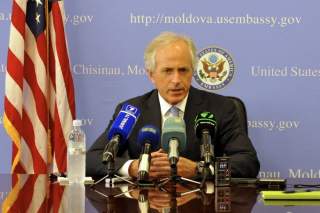 Opponents of the Iran nuclear deal are understandably frustrated. While they urge the U.S. Congress to reject the agreement negotiated by the United States, UK, France, Russia, China, Germany and Iran, and endorsed unanimously by the UN Security Council, they have been unable to identify a plausible alternative that would better serve the national security interests of the United States and our allies and friends. What alternatives, whether feasible or not, have been offered, and how do they compare to endorsing the pact that is currently being considered by Congress?

The alternative most frequently suggested is “a better deal.” But how might that be achieved? The deal now on the table is the result of several years of multilateral negotiations. It is a product of compromise, and differs significantly from the “better deal” that each of the participants would have preferred. The United States cannot unilaterally re-open the negotiations and force further concessions by Iran. Nor can the United States unilaterally impose the sanctions that have been imposed by the European Union and the UN. Those sanctions, which are far more substantial than those imposed by the United States, were intended to bring Iran to the negotiating table and accept meaningful constraints on its nuclear program, and they are to be lifted as the resulting agreement is implemented. There is no realistic path to a “better deal.” Congress must decide between this deal or no deal.

A second alternative, often implied but rarely expressed explicitly, is military strikes on Iran’s nuclear infrastructure and on its capabilities to retaliate against U.S. allies, friends, and forces in the Middle East. Military strikes against multiple targets in Iran could be conducted by the United States acting alone or in concert with Israel. Because a diplomatic solution to dealing with Iran’s nuclear program has been negotiated and endorsed by the UN, there would be no international support for military action. Nor is it conceivable that President Obama would initiate war with Iran simply because Congress rejected the diplomatic solution to the problem. Unless Iran were to sprint toward nuclear weapons in the coming year, the next U.S. president, who will take office on January 20, 2017, would face strong domestic and international resistance to a military strike. And if an attack were to be conducted, it would at best set the Iranian nuclear program back for a couple of years, and it almost surely would stimulate Iran’s efforts to acquire nuclear weapons and to take retaliatory actions against our allies and friends in the region, and perhaps beyond.

A third alternative to Congressional endorsement of the agreement is to have all of the parties other than the United States proceed with its implementation. That outcome, of course, could be selected only by the other parties, not by us. In particular, Iran might well decide that without a U.S. commitment to the deal, there will be no deal. But suppose for the moment that all of the other parties and the UN were to accept the deal despite the absence of U.S. participation. In that case, the deal would go into effect, but the United States would have little influence over implementation and compliance. Under this scenario, the United States would surely be reluctant to launch a military attack against Iran in the face of continuing Iranian compliance with an international agreement that had been negotiated with U.S. participation and had been strongly supported by our president.

Let’s face it: there is no real alternative that would serve the interests of the United States and our allies and friends as well as the deal that is now before Congress. A “better deal” is unachievable; a military solution is unrealistic (and probably would be counterproductive); and an international agreement without U.S. participation is less attractive than an agreement in which the U.S. has a strong voice in resolving of issues that might arise.

The attention of members of Congress and others engaged in consideration of this agreement should not be focused on the ways in which the deal differs from their own personal concept of a better deal; the fact is that the negotiated agreement is the only deal available. And it would constrain Iran’s nuclear program far, far better than no deal.

Rather, we need to focus on the means by which we can maximize this deal’s contribution to furthering our interests. These include, for example, ensuring adequate resources and capabilities for implementation and verification of compliance; developing plans for dealing with potential Iranian noncompliance; working with our allies to counter any increased Iranian support for terrorism and other malicious activities that might be facilitated by funds made available by the lifting of sanctions; preparing for a world 10-15 years from now in which many of the constraints on Iran’s nuclear program have expired; and preventing proliferation of weapons of mass destruction not only in Iran, but worldwide.

Frustration is not a strategy! This nuclear deal has strong support internationally and promises to defer for a decade or more Iran’s ability to produce a nuclear weapon. U.S. interests will best be served by endorsing the agreement and taking steps to ensure its success.

Albert Carnesale is Chancellor Emeritus of the University of California, Los Angeles, and Chairman of the International Council of Harvard University’s Belfer Center for Science and International Affairs.