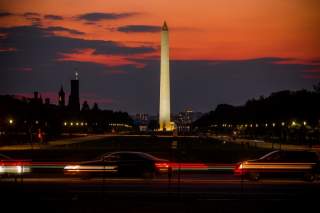 It is also indicative of rational Iranian conduct that there is no evidence Tehran has given chemical weapons to Hezbollah, Hamas or other extremist, nonstate allies. That restraint is all the more impressive because Iran has had those weapons in its arsenal since the mid-1980s. Again, the behavior of the mullahs regarding chemical weapons indicates that they understand the dire consequences of provoking the United States or its allies by distributing such nonconventional weapons to third parties, and they apparently have decided that the costs and risks overshadow any plausible benefits. That is a characteristic of rational and calculating, rather than suicidal, reasoning.

THE ATTACKS of September 11, 2001, of course, demonstrated that expectations of similar cautious logic apparently do not apply to Al Qaeda and other terrorist groups. Those attacks also created the impression of this country’s extreme vulnerability to terrorism in the minds of many Americans. But it is important to put that terrible day—and the more general threat that terrorism poses—into perspective. Terrorism is, and always has been, a tactic used by weak parties, not strong ones. That is especially true of nonstate actors.

Al Qaeda got lucky on September 11; not only did U.S. intelligence and law enforcement agencies fail to detect blatant signs of a terrorist plot using aircraft in the months leading up to the attack, but the execution (especially the complete collapse of both World Trade Center towers) was extraordinary. It would be extremely difficult for Al Qaeda or any other terrorist organization to carry off another assault on the scale of September 11—much less anything larger. Indeed, all of the other attacks conducted since September 11 have been much smaller in nature. The nightmare scenario of a terrorist group gaining control of a nuclear weapon—the one development that could produce an attack on a massive scale—cannot be ignored, but it is also a scenario that is exceedingly improbable.

Terrorism is more accurately viewed as a chronic security annoyance that must be managed rather than as an existential threat to America. It is important to remember, however, that ten times as many Americans die in automobile accidents each year than perished on that awful September day. The terrorist problem, while worrisome, can never pose a threat to America’s survival as a nation. It cannot—unless our policymakers overreact—even pose a serious menace to our economic health or domestic liberty. Most of the adverse consequences on those fronts since September 11 were not the result of that attack but of policies (the PATRIOT Act, the quagmire wars in Iraq and Afghanistan or the pervasive domestic spying perpetrated by the National Security Agency) that overzealous U.S. leaders adopted.

The bottom line is that vital interests are rare, and serious threats to them are equally rare. In most cases, the United States would be able to neutralize such a threat by itself or in cooperation with democratic allies. If and when a sufficiently lethal threat exists, there is a legitimate case for working with almost any security partner, however odious. British statesman Winston Churchill, a staunch anti-Communist, undoubtedly had to hold his nose when his country forged an alliance with Joseph Stalin’s Soviet Union. But the threat that Nazi Germany posed to Britain’s security, perhaps even to its existence as an independent nation, made such a moral concession necessary. The only bona fide criticism that could be made of the British (and U.S.) willingness to work with Stalin was the tendency of some policymakers to pretend (or delude themselves into believing) that their security partner was anything other than a despot.

When national survival or another vital interest is truly in jeopardy, close relationships with even the most repulsive leaders and regimes are justified. But that ought to be the great exception, not the rule, when it comes to the conduct of America’s foreign policy. Even an effort to protect the next highest category of interests, secondary or conditional interests, requires a different, more rigorous, cost-benefit calculation.

SECONDARY INTERESTS are assets that are pertinent but not indispensable to the preservation of America’s physical integrity, independence, domestic liberty and economic health. For example, if one of the regions mentioned earlier came under the domination of an adversary, it would not automatically threaten the vital interests of the United States. America could still do reasonably well, for instance, even if China became the hegemon of East Asia, as long as Europe and the South Asia/Persian Gulf region remained outside Beijing’s orbit. Chinese dominion over East Asia, however, would make for a significantly more uncomfortable existence, and U.S. leaders would quite understandably want to prevent such an outcome. There are limits, though, to how far policymakers should go in adopting amoral, much less immoral, measures to contain China’s power.

Unlike the defense of vital interests, the defense of (or promotion of) secondary interests justifies only modest exertions. Washington might deem it beneficial to encourage and lend political and diplomatic support to the efforts of friendly countries to resist the growing power of an emerging, adversarial regional hegemon. In some cases, the transfer of militarily relevant technology, and even direct arms sales, to such countries might be warranted. But whereas the United States must be willing even to risk war to defend vital interests, that stance is usually unwarranted in the case of dealing with secondary interests.

Such a distinction also applies to the willingness to cooperate with unsavory foreign security partners. When secondary rather than vital interests are at stake, the bar should be higher for taking on such allies. It might be too much to insist that such a partner be a full-fledged democracy or have a squeaky-clean record on the issue of corruption, but at the same time there needs to be limits to Washington’s tolerance. Partnering with a Stalin (or a Chiang Kai-shek) was arguably necessary to counter the security threat to the United States that Nazi Germany and Imperial Japan posed after Pearl Harbor, but one could not make the same argument for embracing such individuals merely for the defense of secondary interests. To use a contemporary example, it would not be acceptable to establish a close relationship with North Korea’s totalitarian regime (in the unlikely event such an association were possible) merely to blunt China’s growing power in East Asia—even though preventing Chinese hegemony in that region is a secondary interest of the United States.

THE COST-BENEFIT calculation shifts further in the direction of caution when the matter involved is one of peripheral interests. That category consists of assets that marginally enhance America’s security, liberty and economic well being, but the loss of which would be more of an annoyance than a significant blow. The existence of a hostile regime in a midsize country in Latin America (Venezuela comes to mind) is an example of a threat to a peripheral interest. Another example would be the onset of extensive political turbulence in the Middle East, given the probable impact on oil prices. It is asking too much for Washington to be indifferent to such matters, but there is nothing at stake that normally requires more than diplomatic exertions. Joint naval maneuvers between Venezuelan and Russian forces, which occurred in 2008, or a spike in oil prices, which occurred in 2011 during the so-called Arab Awakening political upheavals, were unsettling developments, but they hardly warranted any kind of U.S. military response or even a covert Central Intelligence Agency operation.

Restraint about creating relationships with autocratic security partners is even more essential in the case of peripheral interests than it is with secondary interests. To establish alliances with brutal and corrupt regimes in such cases is simply unwarranted. Unfortunately, most of the close relationships that Washington developed with such allies and clients during the Cold War involved little more than the protection or promotion of peripheral interests. That was certainly true of the ties with such tyrants as Ferdinand Marcos, the Somoza family or Mobutu Sese Seko. One would have been hard pressed to make a credible case that those associations advanced even legitimate secondary American interests, much less vital ones.

Many situations in the world do not rise even to the level of peripheral interests. They instead fall into the category of barely relevant matters. Whether Bosnia remains intact or divides into a Muslim-dominated ministate and a Serb republic, whether East Timor is well-governed, whether Ukraine or Russia has rightful title to Crimea—each can and should be a matter of indifference to the United States. It is highly improbable that such developments would have a measurable impact on America’s security, liberty or economic health. Washington ought to confine any role to one of routine diplomatic involvement on the margins—and sometimes not even that. In settings where not even peripheral U.S. interests are at stake, there is no justification at all for compromising American values to create security partnerships with unsavory allies or clients.

WHILE THE nature and extent of U.S. interests should be the principal screening mechanism for determining whether an alliance with an authoritarian regime is justified, an important secondary screening mechanism should be a determination of just how bad the prospective partner is. It is one thing if a potential ally or client is engaged in garden-variety corruption or harassment of political opponents. It is quite another if the corruption is pervasive, or even worse, if Washington’s new “friend” perpetrates systematic torture and murder.