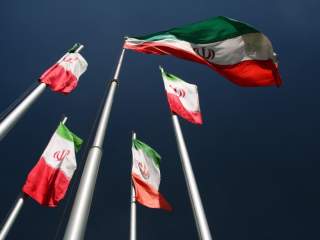 Building on the momentum from the successful pursuit of the nuclear deal with Iran, the P5+1 should now combine pressure and diplomacy to deal with Iran’s missile program.

Missiles became an essential component of Iran’s military posture during the Iran-Iraq war in the 1980s, in which Iran received intensive Iraqi missile and air bombardments. Tehran started to build a missile arsenal because it could not get technical support for its largely U.S.-made modern aircraft. Over the years, Iran acquired Soviet-made or copied missiles from North Korea, Libya and Syria.

The low accuracy of Iran’s missiles has limited their military utility. More recently Iran appears to be placing a priority on accuracy over range—most logical if Iran’s paths to nuclear warheads are blocked by its agreement to last July’s Joint Comprehensive Plan of Action (JCPOA) and if it has no intention to engage in long-distance nuclear terrorism.

The scope of Iran’s missile program is worrisome. The most capable weapon under development is the Sejjil-2 medium-range solid fuel ballistic missile which has a somewhat greater range (2,000-2,500 km) and a significantly improved survivability over Iran’s operational liquid fuel ballistic missiles. The intelligence community has provided no evidence that Iran is actively developing an intermediate range or intercontinental ballistic missile.

How to explain this Iranian pursuit of missiles? First, with Iran’s outdated air force, deterrence and defense in the face of the potential threats Tehran sees from Israel, Saudi Arabia and the United States depend heavily on its missile forces. Second, Iran’s military and hardliners have an institutional commitment to a missile program already costing over $1 billion. Hardliners might become even more determined to expand that arsenal as Iran’s multi-billion dollar nuclear program shrinks. Third, Iran has a strong nationalist-inspired commitment to become a modern, technologically and scientifically advanced nation.

How can Iran’s missile program be checked? The United States has just announced sanctions against eleven institutions and individuals linked to Iran’s missile program. More measures can be expected to tighten controls over imports of missile components that are hard to produce indigenously. But that path could press Iran to devote even more resources to its missile program as U.S. sanctions build, thereby creating a dynamic similar to what the United States experienced with Iran’s nuclear program. In the nuclear case, Iran responded to new sanctions by installing more centrifuges and raising the level of enrichment. As well, a strenuous punitive program against missiles could place at risk Iran’s full compliance with the far more important JCPOA that blocks nuclear warheads for its missiles.

The door is now open to explore with Iran constraints on its missile program in return for lifting UN Security Council missile-related sanctions. Iran’s decision to limit dramatically its nuclear program was based in part on a cost-benefit analysis. Iran’s supreme leader, Ayatollah Khamenei, seemed to conclude that it was better to strengthen Iran’s economy than to continue an unrestricted and very costly nuclear program with high risks and limited benefits. If President Rouhani can continue in this new direction, he and the supreme leader could find it similarly smart to contain the high-cost strategic missile systems that have only limited value without nuclear warheads and to negotiate benefits for Iran.

Persuading Iran to negotiate limits on missiles—a core element of its defense system—would require a significant return for Tehran. Also, U.S. negotiations to constrain Iran’s missile program would create opposition from Israel and the Gulf States just as diplomatic efforts to prevent an Iranian nuclear weapon did over the past years. But an Iran without nuclear weapons and without a strategic offensive missile delivery system would be a major step forward for regional security.

The objective should be to freeze the current range of Iran’s missiles (around 2,000 km) to complement the nuclear nonproliferation objectives of the JCPOA. To encourage such restraint, the United States and its allies might offer to increase civil and scientific collaboration in many areas, including on Iran’s space program, increasing the chances that Iran’s technological progress is not directed towards military development. Such negotiations could eventually become part of new regional security discussions including parallel regional missile constraints.

A few years ago reaching a nuclear deal with Iran seemed a pipe dream to most national security experts. The negotiations with Iran began with an apparent unbridgeable gap and irreconcilable needs of each side. But creative and persistent diplomacy backed by strength and sanctions demonstrated that even very difficult problems can be solved peacefully. The United States should now lead a follow-on diplomatic effort to cap missile development in Iran—and the region.

William Luers, a former U.S. ambassador to Venezuela and Czechoslovakia, is Director of the Iran Project.

Thomas Pickering was U.S. undersecretary of state for political affairs from 1997 to 2000 and ambassador to the United Nations from 1989 to 1992.

Greg Thielmann, a former intelligence analyst at the State Department and the Senate Intelligence Committee, is Senior Fellow at the Arms Control Association.