Death of the Deal: Why Tensions Will Rise With Iran 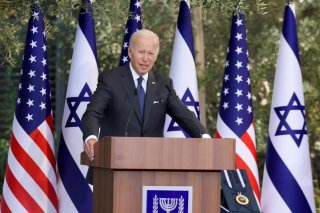 At the end of June, Doha hosted the latest round of negotiations to revive the nuclear deal between the European Union (EU), United States, and Iran. The parties went home with widely different assessments of the event. After two days of talks, EU foreign policy chief Joseph Borrell warned of the risk of “not crossing the finish line” after a year of negotiation. U.S. special envoy for Iran Robert Malley went as far as saying that the talks amounted to “a wasted occasion.” Iran, however, was much more positive. Foreign Minister Hossein Amirabdollahian also underlined that Iran is “determined to continue negotiating until a realistic agreement is reached.”

The parties’ contrasting “Doha experiences” result from how they perceive the broader geopolitical environment in which the nuclear deal negotiations are taking place, their own domestic constraints, and the extent to which they perceive the sum of both variables to create scope for “upping the game.”

Close study of arguments and statements by the parties over the past few weeks, especially after the Doha talks, gives rise to the hypothesis that Iranian leaders see themselves as having the upper hand because the West needs a deal more than Tehran. Hence, Iran feels enabled to ask for concessions beyond the original version of the nuclear deal.

This view is based on two core convictions. To begin with, the scope and stakes of the war in Ukraine make the United States and EU keener to avoid another conflict (i.e., with Iran) which could easily turn into a conventional regional war (leaving the risk of a nuclear arms race across the Middle East in the medium-term aside for a moment). In addition, Tehran views Europe as desperate for alternatives to Russian oil and gas. In other words, Brussels will want access to Iran’s huge oil and gas resources sooner rather than later. Echoing such convictions, Mohammad Marandi, an advisor to the Iranian negotiating team, said: “the Americans and Europeans are under a lot of pressure due to the Corona [pandemic] and the crisis they created in Ukraine, and they need to reach an agreement with Iran.” He believes that: “if it was only up to the Europeans to decide, there would definitely be an agreement.”

As a result of these convictions, Tehran has insisted on guarantees that the United States will not withdraw from the nuclear deal another time, and that it removes the Islamic Revolutionary Guard Corps (IRGC) from the list of Foreign Terrorist Organizations (FTO).

In sum, Iran believes that patience will eventually ensure that conflict and energy pressures on the EU culminate to the point of concession. This helps explain Tehran’s positive assessment of the Doha talks and its willingness to keep talking. It senses that a better deal is on offer. Meanwhile, it keeps making progress on becoming a nuclear threshold state.

The Iranian assessment, however, appears to be based on a few doubtful assumptions. First, it is ironic that after years of reproaching Brussels for not pulling its weight and painting it as U.S. puppet, Tehran now thinks that the EU has sufficient diplomatic clout to bring the United States around to its position. This is unlikely to be the case, and also underestimates the critical view of Iran on the part of several EU member states that results from its regional threat profile, assassinations abroad, and human rights record at home. Second, a conflagration in the Middle East is riskier for Iran than it is for the EU. Should Iran threaten Israel, the United States would presumably come to Tel Aviv’s aid while the EU will just stand aside. In any case, Israel is not known for pulling punches and Iran is vulnerable in Syria as well as at home. All in all, the risk of conventional conflict in the Middle East is unlikely to weigh heavily in Brussels.

Turning to Washington, the past year has made it abundantly clear that the Biden administration is not willing to spend significant political capital on reviving the nuclear deal. After all, the FTO designation of the IRGC was highly unusual to begin with and can be rescinded by executive order. Instead of doing so, the administration has allowed it to become a symbol and bargaining chip for addressing Iran’s regional profile. This goes over and above the content of the original nuclear deal and has always been a non-starter in Tehran. Nevertheless, Washington prefers to keep talks going as well, so as to be able to focus on Russia and China for the time being. Meanwhile, it has started to promote a defensive Israeli-Gulf-U.S. alliance against Iran by way of a multistakeholder insurance policy.

In brief, the key parties to the deal talk peace, but they prepare for conflict. The main mitigating factor is that outright, large-scale war in the Middle East is in the interest of no one, except perhaps Israel. But without overt U.S. support, it cannot act decisively, and overt support is certain to trigger outright war with uncertain outcomes, as well as the rapid further acceleration of Iran’s nuclear program.

As a result, we have entered an informal no-deal scenario already unless a major concession—which would be close to a miracle—happens soon. But it will remain convenient for the parties to keep talking until at least after the U.S. midterms. The aim of such talks-for-talks is to uphold the fiction that a deal remains possible. This obviates the need for Washington to have to consider supporting direct Israeli military action, prevents a major policy failure for President Joe Biden ahead of the elections, and allows Iran to continue working on its nuclear program. Talks suit the interests of the protagonists.

Beyond the fall, continuous lower-level conflict across Syria, Iraq, and the Persian Gulf countries is likely. In this future, Iran becomes a nuclear threshold state, which will fundamentally constrain direct Israeli military action against it. Both countries will continue fighting their shadow war until a window of opportunity for rapprochement opens up.

Meanwhile, Iran will orient its economy eastwards as Tehran gains freedom of action due to the fact that non-Western states will be more reluctant to implement U.S. sanctions against Iran in the wake of the war in Ukraine. New trade corridors—for example between Russia, the Caucasus, Iran, and India—are already emerging. Even though such a turn east will prevent Iran from reaping the benefits of access to Western markets, capital, and technology, it might be enough to maintain a relatively stable “resistance” economy. Politically, Russian and Chinese support for Iran’s membership in BRICS (Brazil, Russia, India, China, South Africa), and Tehran’s recently acquired membership of the Shanghai Cooperation Organization point in this direction.

The combination of U.S. withdrawal from the nuclear deal in 2018 and Iran playing for time in 2021-2022 at the cost of the socio-economic prospects of its own population is set to become a textbook example of how to undo two decades worth of negotiations and sanctions. It will produce the suboptimal outcomes of permanent regional tensions, a latently nuclear-capable Iran, and continued U.S. involvement in the region. There are no quick fixes to this emergent new reality.

Erwin van Veen is a Senior Research Fellow at Clingendael, the Netherlands Institute of International Relations, where he leads a team analyzing the political economy of conflict in the Middle East. His own work examines the use of armed groups in processes of state development and geopolitical conflict. On Twitter: @ErwinVeen