Debate: How Should Biden Deal with Russia? 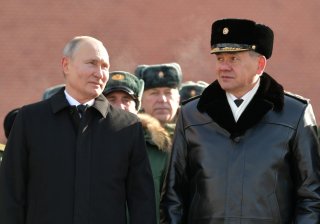 In its forthcoming issue, the National Interest features a cover story with dueling perspectives from John E. Herbst and Dimitri K. Simes about future American relations with Russia. In this video, you can watch Herbst and Simes directly debate each other. Melinda Haring, deputy director of the Eurasia Center at the Atlantic Council, introduces the debate, and Jacob Heilbrunn, editor of the magazine, moderates.

Herbst, who is the director of the Eurasia Center at the Atlantic Council and a former U.S. ambassador to Ukraine, argues, “tense relations with Moscow are not a result of our blundering or provocative policy, but of our decision, finally, to protect American interests from Moscow’s aggressive designs.”

Simes, who is president and CEO of the Center for the National Interest, recognizes that Russia is a serious adversary but counters that the “future of U.S.-Russia relations is largely America’s choice” and will depend on whether the Biden administration defines America’s national interests as a “hegemonic democratic empire”—or as a “leading but restrained geopolitical and economic power” that allows other nations that do not “directly challenge America to live more or less according to their own standards.”

In their debate, Herbst and Simes cover a good amount of terrain, including American ties to NATO and the European Union, the fate of Ukraine, relations with China, and Russian domestic politics. Herbst describes Russia as a “provocative, revisionist” power but indicates that he believes America can exert a decisive influence upon future Russian behavior and ambitions. Russia, he avers, is currently enjoying an “Indian summer,” but no more than that. Simes argues that Russia has a way to “respond to pressure and sanctions” and that the West should not underestimate the potential consequences of trying to back Moscow into a corner. "The mood in is Moscow is to be cautious” but at the same time to “demonstrate that Russia cannot be pushed around. In my view, it can go out of control.”

This hard-hitting but congenial debate offers an important window into the controversies and hopes surrounding American relations with Russia.