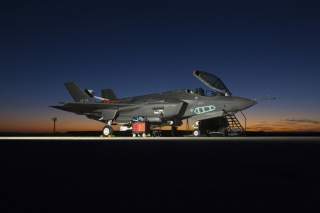 It’s not everyday that a George W. Bush–era official publicly criticizes U.S. military aid to Israel—even if his critique is measured and eloquent and directed at but one small component.

Dov S. Zakheim and Aaron David Miller appeared at the Center for the National Interest Tuesday September 27 to debate a policy initiative at once blatantly pragmatic and viscerally controversial. The topic was U.S. military aid to Israel and its connection to West Bank settlements. Zakheim, a former Pentagon comptroller and CFTNI’s vice chairman, presented a straightforward argument: The United States has subsidized Israeli settlement policy for too long. Every American taxpayer, he lamented, is currently an “accomplice” to the very behavior most responsible for derailing the elusive two-state solution and exacerbating U.S.-Israel tensions.

And yet, his innovative solution would not take “a penny away from” the Israelis.

Zakheim first unveiled what he sees as a “baby-step” proposal in the September/October 2016 print edition of this magazine. Israel is the largest recipient of U.S. Foreign Military Financing (FMF). Under the ten-year agreement currently in effect, the United States provides Israel about $3 billion a year in military aid. Unlike any other FMF beneficiary, Israel is permitted to spend up to 26.3 percent of that money on indigenously produced weapons. This stipulation is known as Offshore Procurement (OSP).

For Zakheim, there’s the rub. “Money is fungible,” he wrote, “and the money that Washington provides Israel for domestic defense-industrial spending allows Jerusalem to divert funds from its defense-technology accounts to support its settlement project in the West Bank.” So when the Israeli cabinet approved an additional 82 million shekels for settlements on June 19, Zakheim saw 20 million taxpayer dollars inflaming a troubled land.

He proposes transferring half of the OSP funds, which totaled $815.3 million in FY2015, to a holding account. At the end of the fiscal year, the Israelis would have to demonstrate to Washington how much they spent on settlements. “Every dollar they spend on settlements,” he reassured the audience, “is a dollar that doesn’t get cut; it simply gets transferred to Foreign Military Finance.” In other words, Israel would have to spend that half of OSP on American, rather than Israeli, defense technology.

Oddly enough, the former Bush administration under secretary of defense may have found a confederate in President Obama. On September 14, the United States reached a new ten-year Memorandum of Understanding (MOU) with Israel. The $38 billion MOU upgrades FMF to $3.3 billion a year and, notably, promises to phase out Offshore Procurement. Zakheim suggested that his proposal would be compatible with this new state of affairs.

Enter Aaron David Miller, vice president for new initiatives at the Wilson Center and a foremost expert on the peace process. Miller spent two decades with the State Department on the front lines of Arab-Israeli diplomacy. He is intimately acquainted with the political intricacies that make this issue so intractable.

He minced few words and set an unmistakable tone in his opening remarks. “Every time I start talking about the Israeli-Palestinian peace process, I get a feeling of a migraine coming on. I feel like I’m in the middle of a root-canal operation,” he confessed.

Miller found Zakheim’s proposal to be “imaginative, creative . . . even compelling.” But “back here on earth,” the political climate makes it highly unlikely to be adopted or accepted. He seemed to differ with Zakheim on the question of process. Whereas Zakheim favors a modest, incremental approach—at the very least, “I don’t see why I as a taxpayer should make things worse”—Miller believes that Washington must root its efforts to address settlement activity in the peace process writ large.

President Obama, whom Miller says he “actually likes,” has “elevated to an art form the notion of unproductive fights.” The absence of concrete headway on peace negotiations bears out the fruitlessness of the administration’s tack. Don’t pick fights over settlements, Miller cautioned. “Don’t pick fights for moral, ethical or even purely economic reasons with the Israelis, unless you can figure out a way that, in the end, everyone wins.”

Miller expounded what he termed his “annoyingly negative” view and described three requirements for progress. First, Israel and the Palestinian Authority need leaders that are “masters of their political houses, not prisoners of their constituents.” Second is a sense of ownership and urgency. Historically, effective mediation on the part of the United States grew out of local conditions—namely, war or insurgency. Washington’s role is deeply limited otherwise. And third, in order to impose Zakheim’s “mixture of honey and vinegar,” America needs to be a willful, skillful mediator in a way that it hasn’t been since the George H. W. Bush administration.

But it is precisely that second point that Zakheim sees as an opportunity. So long as Washington continues to contradict itself, by simultaneously “bloviating” over and funding Israeli settlements, Jerusalem can afford to pass the buck.

Zach Abels is an assistant managing editor at the National Interest.