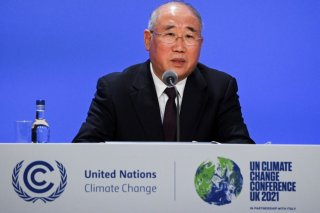 Delegations from nearly 200 countries recently left the 2021 UN Climate Change Conference (COP26) in defeat. The gathering was billed as a high-stakes sequel to the landmark 2015 Paris Agreement, where negotiators representing high-emitting nations and blocs (principally the United States, China, and Europe) promised hundreds of billions of dollars in climate finance for the Global South, an overhaul of transportation infrastructure, and a multitude of climate adaptation measures.

However, none of those pledges were codified in the Glasgow Climate Pact. To add insult to injury, Bhupender Yadav, India’s environment and climate minister and leader of the country’s COP26 delegation, weakened the pact even further by diluting the document’s language from “phasing out” to “phasing down” the use of coal, effectively neutralizing its commitment to remove the dirtiest fossil fuel from the energy equation. Considering that India is the world’s third-largest carbon emitter and relies mostly on coal, this is especially concerning.

Indeed, to sharply limit emissions with the urgency experts agree is necessary to stave off the worst effects of a changing climate, no geographic area is more important than Asia. According to the U.S. Energy Information Administration (EIA), the region will be almost exclusively responsible for the projected 50 percent increase in global energy use. To power their fast-growing economies and populations, these states will turn to a mixture of renewables and fossil fuels. Sources of “green” energy will more than double their share of global energy use by 2050, but Southeast Asia (especially India) will continue to rely on easily accessible and inexpensive coal to fuel growth. Most critically, the number of coal-fired plants in non-OECD Asia will grow in the next thirty years.

This nightmare scenario is intolerable for the health of the planet. At the absolute latest, experts agree, coal must be eliminated from humanity’s collective energy regime by 2040 to meet the emission reduction targets agreed upon in Paris. To meet that goal and prevent warming beyond the 1.5 degrees Celsius threshold, significant investment in sustainable infrastructure is needed.

According to a recent study from Bain, Microsoft, and Temasek, Southeast Asian governments must invest $2 trillion in the power and transportation sectors over the next decade to close the gap in emissions. The report recommends a mixture of public, private, and philanthropic financing. However, last year, investors contributed a paltry $9 billion. Clearly, significant and consistent public investment is needed if the region is to have any hope of meeting its Paris obligations.

Beijing and Washington can stimulate government expenditures by forgiving the debt obligations owed by nations in the region. The former of the two powers, after all, is the largest official creditor in the world, surpassing traditional lenders like the International Monetary Fund and the Paris Club. The average debt-to-GDP ratio of debtor countries to China has skyrocketed from less than 1 percent to more than 15 percent. Countries in Southeast Asia are no exception: between direct loans, asset purchases, swap lines, and trade credits, nations’ debt to China ranges anywhere from 5 to more than 20 percent of GDP. Of course, this data does not include all of China’s lending, which is not reported to rating agencies or international governmental organizations.

The United States, meanwhile, can leverage its more than 17 percent share in the World Bank’s capital funds and the U.S. Secretary of the Treasury’s privileged position atop the organization’s Board of Governors to forgive loans made to countries in Southeast Asia. Those countries owe anywhere from 1 to 10 percent of GDP to the World Bank. And while it may seem far-fetched to imagine that Washington could force the World Bank to forgive loans of that magnitude, U.S. allies like Japan, Germany, the United Kingdom, and other large shareholders (including China) could provide the political momentum to do so. This is something that should be relatively straightforward for carbon emitters eager to look proactive in the fight against climate change.

Of course, it is worth noting that the recipients of such forgiveness are notoriously corrupt. To ensure domestic approval and guarantee an outcome most optimal for the planet, the United States and China must tie any financial pardon to tangible proof of “green” investments by the debtor governments. If such reporting is absent, then both countries could levy sanctions—an increasingly popular idea in a climate context—or seek politically embarrassing censures against the offender from the United Nations.

Even without complete data, we can surmise that the total financial sum of this forgiveness will not be enough to sustain the necessary investment levels required to limit carbon emissions. But the political and financial multipliers borne from such benevolent policies by the world’s superpowers could improve private and philanthropic investors’ confidence in the region. With consistent oversight and reporting—as well as some patience—the area’s projected explosive growth could help, rather than harm, the fight against climate change.

Put bluntly, forgiving these loans and providing additional financial assistance to modernize Southeast Asia’s energy infrastructure is the least Washington and Beijing can do in the fight to reach net-zero carbon emissions by 2050. As the world’s largest economies that pollute the planet more than any other nation, the onus to lead on this issue falls squarely on the leaders of the United States and China.

The two superpowers have benefited from the hydrocarbon era more than nearly any other country, and it is their responsibility to ensure that the reward they reaped does not drown or burn others. This is especially true given China’s recent history of heavily investing in coal as part of its Belt and Road Initiative and the United States’ blatant denial of climate science over the last several years. If staving off cataclysmic climate change is not reason enough to forgive the loans, perhaps the prospect of a surge in desperately needed international credibility would give leaders in the two nations the motivation to do so.

Finally, loan forgiveness on such a scale could also provide an impetus for other powers such as the EU, Russia, and India to enact similar programs in a soft-power competition against climate change. Indeed, such a rare consensus between China and the United States would send a hopeful message to the rest of the world: despite our differences, humanity can solve this existential threat together.

Connor Sutherland is a recent graduate of Rutgers University, New Brunswick, and works as a program associate at the Council on Foreign Relations. He lives in Washington, DC.