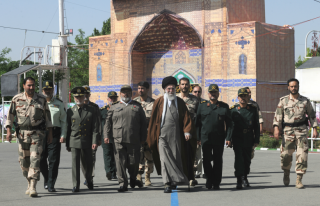 As the U.S. Congress debates the nuclear deal between the P5+1 and Iran, public opinion polls show that a majority of Americans oppose the agreement. Meanwhile, many analysts and politicians have levied strident critiques against the deal, warning of nightmarish scenarios if the agreement goes though. It is thus more important than ever to carefully consider such critiques, both in terms of their logic and the relevant historical evidence that bears on their plausibility.

This piece considers five of the most common criticisms of the agreement. Like many other observers, I conclude that most of these criticisms are weak, either logically or when viewed through the lens of history. The deal is highly unlikely to (1) increase the odds of Iran going nuclear, to (2) undermine U.S. nonproliferation credibility, to (3) set off a nuclear domino effect, or (4) to lead to full-scale U.S-Iranian accommodation. While the deal might embolden Iran to some extent, this emboldenment would likely be less than would occur if Iran acquired nuclear weapons, an outcome the deal will help prevent. The deal is without a doubt much stronger than most of its critics would have you believe.

The most straightforward argument against the deal is that it will achieve the opposite of what it intends and increase the likelihood that Iran ultimately acquires the bomb. This could purportedly occur in a variety of ways: Iran could simply wait until the restrictions under the deal expire and then sprint for the bomb; Iranians could use the increased resources from the lifting of sanctions to jumpstart a covert weapons program; or they could abandon the agreement openly, banking on the fact that international opposition would be slow to remobilize. None of these arguments make much sense.

First, even after the restrictions on Iran’s enrichment program expire under the deal, the Iranians will not be “free” to build nuclear weapons. Iran is a party to the Nuclear Non-Proliferation Treaty (NPT), which explicitly bans the development of nuclear weapons. Were Iran to race for the bomb in some distant point in the future, they would be violating their pre-existing international commitments and would become the certain target of sanctions and likely target of American or Israeli military strikes.

Second, critics argue that Tehran might covertly violate the agreement, perhaps using its increased financial resources to fund a sophisticated weapons program. This is possible, and certainly more likely than Iran openly violating the agreement. However, the deal gives the international community unprecedented, increased access to the Iranian nuclear program, including monitoring its supply chains. Thus, the likelihood of detecting a covert Iranian program is higher under the deal than without a deal. This makes the threat of military action more credible.

Third, it is possible that in the aftermath of a deal, Iran might conclude that the international coalition against its nuclear program would be slow to remobilize. As a result, Iran might simply wait a few years and then openly violate the agreement, banking on a sluggish response. Yet this sort of Iranian action would be so brazen as to almost ensure a strong response. Iran would not only be violating the NPT but also its agreement with the P5+1, and the deal explicitly includes a mechanism for quickly re-imposing sanctions in such a scenario. Even if a full international coalition were slow to mobilize, there would be nothing to stop the United States or Israel from taking unilateral military action, if necessary.

2. The deal is an unprecedented departure from U.S. nonproliferation policy

Some have argued that by allowing Iran to maintain an enrichment capability, the deal with Iran contradicts decades of U.S. nonproliferation policy, is without historical precedent, and thus sends the wrong message to other countries considering their nuclear options. In a sense, critics are right that the deal is unprecedented: never before has the United States negotiated such stringent limitations on an advanced, indigenous nuclear program.

What may appear at first glance to be more dramatic U.S. nonproliferation successes are in fact less impressive than the Iran deal. While the U.S. helped negotiate the removal of Soviet nuclear weapons from Belarus, Kazakhstan, and Ukraine in the early 1990s, these countries never had full control of the weapons and had not developed them indigenously. Moreover, while South Africa gave up its small nuclear weapons arsenal around the same time, this was primarily due to domestic developments and not American diplomacy. The 1994 Agreed Framework froze North Korea’s reprocessing program but did not explicitly prevent an enrichment program; the Iran deal limits both.

Likewise, while the United States did succeed in convincing countries like Taiwan, South Korea, and Libya to more fully dismantle enrichment or reprocessing programs, these are poor analogies since these countries had made far less progress than Iran toward a bomb and thus were not giving up nearly as much. As a result, there is virtually no historical precedent for believing Iran would agree to entirely dismantle its massive enrichment capabilities; the United States has never succeeded in negotiating such a deal in the past.

The reality, as I have argued previously, is that the United States has often made compromises when its most ambitious nonproliferation goals are no longer feasible. Countries as diverse as Germany, Japan, and Brazil have been “allowed” to maintain significant enrichment or reprocessing capabilities by the United States without grave damage to U.S. credibility on nonproliferation. The Iran deal should be viewed in this light: as a pragmatic agreement to reduce proliferation risks in difficult circumstances.

As to whether the deal will undermine the NPT or send the wrong message to countries pondering pursuing nuclear weapons, consider this: Iran had to endure nearly a decade of crippling international sanctions simply to achieve the right to maintain a drastically limited enrichment program and still does not possess nuclear weapons. It is unlikely that this path will appear attractive to potential future proliferators.

3. The deal will lead to a nuclear domino effect in the Middle East

A third criticism offered is that the deal will lead to a nuclear arms race in the region, with countries like Saudi Arabia, Egypt, or Turkey either developing enrichment programs to match Iran or starting full-fledged weapons programs.

Quite convoluted logic is required to support such a claim, since it implies that Iran’s rivals have greater incentive to pursue their own nuclear capabilities now that Iran’s nuclear capabilities will be much more limited. Even if one believes this, Iran’s rivals have rudimentary nuclear infrastructures to work with and strong political disincentives for pursuing nuclear weapons. While Saudi Arabia has blustered about seeking its own nuclear capabilities in response to the deal, the United States would stand a good chance of preventing a Saudi Arabian weapons program from coming to fruition. Indeed, the social science research on the topic of nuclear domino effects is clear: they are rarer than commonly believed, partially because countries like the United States have worked so hard to stop them. Moreover, there is no historical precedent for the notion that stringent restrictions on a nuclear program increase the likelihood of that country’s rivals going nuclear.

4. The deal will embolden Iran to act more aggressively

Even if one concedes that the deal is a boon for nonproliferation and reduces the odds of Iran acquiring nuclear weapons, one might nonetheless worry that it would embolden Iran, either because international opposition to the regime in Tehran would weaken, or because Iran would have more money to funnel towards its conventional military forces or its proxies in Iraq, Syria, Yemen, Lebanon, or Palestine.

This is perfectly reasonable concern, although the CIA apparently doubts that Iran would significantly step up its funding of proxy groups. But it is crucial to keep in mind that avoiding an emboldened Iran is precisely the purpose of preventing Tehran from acquiring nuclear weapons. The acquisition of nuclear weapons often leads states to change their foreign policy behaviors in more activist directions. While financial resources certainly play a role in determining how much havoc Iran wreaks regionally, an even more important determinant is its ability to deter significant retaliation for its actions. Were Iran to acquire nuclear weapons, it would be virtually immune to conquest or regime change, thereby allowing it to act much more aggressively if it so desired, much like Pakistan has after acquiring weapons in the late 1990s. In other words, if the goal is to prevent an emboldened Iran, keeping nuclear weapons out of Tehran’s arsenal should be the most important aim of all. The deal negotiated by the P5+1 serves this interest.

5. The deal will lead to the United States embracing/accommodating Iran

Finally, even if they don’t always express it, some critics worry that a deal with Iran is a prelude to some sort of grand bargain, whereby the United States would end its opposition to objectionable Iranian policies unrelated to its nuclear program, perhaps to the detriment of relations with Israel and the Gulf states. It should be acknowledged that there are good reasons for Americans to oppose aspects of Tehran’s foreign and domestic policy: Iranian support for terrorism and its suppression of democratic elections quickly spring to mind.

Yet there is little reason to believe that the Iran deal would lead to a complete reorientation of U.S. policy toward Iran. The Ayatollah himself appears to have little interest in such an outcome, U.S. sanctions on Iran for its human rights violations and support for terrorism will remain in place, and U.S. domestic support for Israel and opposition to groups like Hezbollah is not going away anytime soon. The deal therefore will not lead to a full American embrace of Tehran or the condoning of all Iranian policies. On the contrary, there is some hope that the resumption of economic relations will increase Western leverage over Iran on precisely these issues.

In sum, many of the most common criticisms of the Iran deal are quite weak. While the deal is certainly not perfect, it is the best deal available. Any imperfections should not obscure the bottom line: the deal is a significant nonproliferation achievement that substantially limits Iran’s ability to acquire nuclear weapons for the foreseeable future.

Nicholas L. Miller is the Frank Stanton Assistant Professor of Nuclear Security and Policy at Brown University. His research focuses primarily on the causes and consequences of nuclear proliferation. His work has been published in the American Political Science Review, International Organization, International Security, the Journal of Conflict Resolution, and Security Studies. He received his PhD in Political Science from MIT in 2014.