Deescalation Wanted: How Trump Can Steer Clear of a War 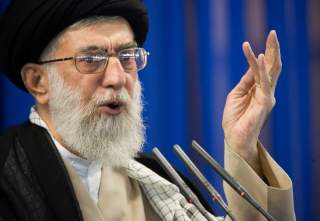 The escalation of tensions between Iran and the United States over the past weeks has the world on edge, with observers wondering how the contest will play out: will there be war? Or will there be some type of negotiated settlement—perhaps even one designed to merely avoid conflict for now? Or will both countries continue to live in a stalemate, forcing its citizens to wonder whenever they hear of a new incident whether it will lead to a war.

The United States and Iran have engaged in a constant raising of the stakes as a means of securing leverage ahead of possible nuclear negotiations. This is a classic bargaining pattern but in the current context, such an approach is particularly risky due to the potential for misperceptions. The complexities of domestic and regional dynamics are also a factor. In such a situation, absent clear understanding of the other’s motivations and tactics, raising the stakes—rather than securing leverage for effective negotiations—could steer the United States and Iran towards a path toward war.

Following the U.S. unilateral withdrawal from the Joint Comprehensive Plan of Action (JCPOA) in May 2018, Iran pursued what can be described as “strategic patience.” This involved an effort to persuade Europe to provide the promised economic dividends of the JCPOA. But given the lack of tangible action to fulfill this pledge, Iranian president Hassan Rouhani announced in early May that Iran would, in accordance with Articles 26 and 36 of the JCPOA, reduce its compliance with the terms of the accord, giving Europe a sixty-day ultimatum.

With an economy on a downward spiral, the Islamic Republic senses that it is stuck in the fruitless position of complying with the JCPOA without receiving any of the benefits. Other signatories to the accord have tried to make up for the U.S. decision to withdraw from the agreement, but there now appears to be realization in Iran that those actors have little or no ability to force their firms to engage economically with Iran; the only net outcome is that Iran would eventually grow weaker over time. For Iran’s leaders, this status quo is simply not sustainable.

As a result, the Iranian calculation appears to be to break the stalemate. In the words of a prominent Iranian academic with close ties to the ruling elite, “What made the JCPOA possible was the dichotomy of a U.S.-Iran war or Iran acquiring nuclear weapons.” He added, “So, unless the same environment is created, the Europeans are not likely to take a serious stand and take action to break the stalemate and resolve the situation.” In other words, the nuclear element is an effective bargaining chip. And this approach is not new: Iran is switching now to a strategy it has long deployed in using nuclear issues to build leverage toward negotiations. However, of note, Iran has been very prudent in choosing a course of action that would be easily reversible should the United States or Europe offer concessions necessary for talks to begin. Yet, Washington is misreading signals from Tehran and interpreting them as provocations. The U.S. response to the Iranian escalation has been a mishmash of new sanctions, offers of talks, threats, messages through third parties and more military deployments.

Iranian leaders and military officials believe that President Trump neither wants—nor can afford—to involve the United States in another war in the Middle East. So some Iranian officials believe they can use this in playing a game of brinksmanship by increasing the possibility of a war. One of President Rouhani’s advisors said on Twitter’s social-media platform that sanctions and war are two sides of a coin. So if Americans do not want a war, then they should reconsider the sanctions. The advisors believe that these tensions will increase the threat of a war, which raises the pressure on President Trump. The Trump administration, in turn, is claiming that its “maximum pressure” campaign will bring Iran to the table and force it to alter its regional policies. A recent series of incidents, including Iran’s alleged involvement in tanker attacks and the shooting down of a U.S. drone, indicate that Trump’s “maximum pressure” policy is not working.

Iranian officials are well aware that Trump wants to claim credit for making a deal to demonstrate that his Iran policy has been effective, especially since his talks with North Korea have stalled. Iran is more inclined to resort to escalatory measures, particularly as it expects Trump to feel the pressure to resolve the Iran issue without getting involved in a war as he begins to campaign for re-election.

Unlike Trump, Iran’s Supreme Leader is not operating on a ticking clock. As far as Ayatollah Ali Khamenei is concerned, the Iranian economy—and the regime—can endure the pressure as the public will increasingly blame their hardships on U.S. sanctions and the Rouhani government.

The American approach of calling for talks while at the same time exerting “maximum pressure” and strengthening the credibility of a military attack may have been the go-to strategy particularly regarding Iran. Washington is sending additional troops and forces in the region in an effort to make the threat of a military response credible enough to make Tehran believe that the United States will indeed be willing to go to war with Iran. Iran has also raised the stakes by showing how and where it can inflict costs without triggering a military confrontation. But this is becoming an increasingly fine line to walk. In fact, President Trump called off a strike that could have led to a war. Overall, this is only increasing the misperceptions.

Not long ago, Supreme Leader Khamenei responded to the latest round of U.S. sanctions via Twitter. He asked: “Is this a message of honesty? Does this show that he (Trump) is willing to hold genuine negotiations?” Khamenei’s tweet highlights how misperceptions have been undermining potential negotiations. Tehran sees the U.S. intent for talks as disingenuous because it expects a goodwill gesture ahead of a mediation effort. More importantly, there is a strong perception in Tehran that National Security Advisor John Bolton is not interested in talks with Iran; instead, he is seeking regime change and war. Tehran University Professor Foad Izadi emphasized this suspicion in a recent interview when he said that “People like Bolton in the White House have no interest in negotiating with Iran and these will be the ones we need to negotiate with once President Trump is done with his photo op.”

There is a way to deescalate the situation. First, it is critical for each side to clearly convey their red lines. Second, each side needs to clearly convey which tangible and concrete concessions they would be willing to make as a starting point for negotiations and for the duration of them. Without clear intent and perceptions, the stalemate will only continue because neither side has the domestic political space to go out on a limb for an uncertain outcome.

Mahsa Rouhi is a research fellow at the International Institute for Strategic Studies, Nonproliferation and Nuclear Policy Programme. She Tweets @MahsaRouhi.