To Defeat ISIS, Focus on Its Real Sources of Strength 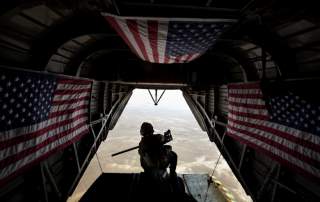 In the past several weeks, ISIS poured out its violence on three of the group’s main enemies across the globe. First, Russian authorities concluded that a terrorist attack brought down a civilian airliner in late October, likely an ISIS response to the country’s recent major intervention in Syria. Then ISIS claimed responsibility for a major attack against a Hezbollah-controlled area in Lebanon, demonstrating strategic depth and capability against its regional rivals. One day later, it conducted a series of horrific coordinated attacks in Paris.

But ISIS’s recent turn to international terrorism comes against a broader backdrop of stagnation and military losses in Iraq and Syria. In the past six months, the anti-ISIS coalition, the Iraqi government, and U.S.-backed Kurdish forces have enjoyed some significant successes against the group. Recent ground operations have expanded Kurdish control in northern Syria and in western Iraq. Furthermore, over a third of the group’s leadership has been eliminated over the past year. ISIS’s leader Abu Bakr al Baghdadi was injured in an airstrike and was reportedly incapacitated. His heir apparent was killed in a separate airstrike. Earlier this month, so-called “Jihadi John,” ISIS’s British executioner, and ISIS’s leader in Libya were both killed in U.S. airstrikes.

Despite these successes, the swath of territory ISIS controls in its self-proclaimed caliphate is more than sufficient to provide a sanctuary for terrorist attacks in the region and overseas. Moreover, ISIS’s succession scheme and extensive bureaucracies limit the impact of the coalition killing or capturing its senior leaders.

The threat ISIS poses today is graver than ever for two reasons: its war chest and its ability to attract foreign recruits from around the globe are both at their peak. Redoubling international efforts to cut off ISIS from these two pillars of its war machine is necessary to sap the group’s strength.

ISIS's finances are strong, despite a year of coalition airstrikes on its oil infrastructure. The group made $500 million in oil revenue over the past year, according to the ISIS finance ministry and U.S. Treasury officials. Even if recent coalition airstrikes on ISIS-controlled oil infrastructure and tanker trucks in Syria successfully cut off most of ISIS’s oil revenue, the group’s territorial control will still afford it access to other lucrative local revenue sources, including hundreds of millions of dollars from taxation, extortion and agriculture. These revenues, not to mention a “strategic reserve” of up to $2 billion, are more than enough for ISIS to cover the costs of its caliphate in the Middle East and to finance continued terrorist attacks in Europe and North America.

A steady influx of radicalized foreign fighters, including tens of thousands from Western countries, is the second reason the ISIS threat remains grave. ISIS has seduced 30,000 young foreign Islamists from over 100 countries to travel to join the fight. While coalition military operations are sapping the group’s military strength, a wave of new recruits are streaming into the country from across the Middle East and from the West. ISIS’s potent media wing targets Muslim youth from Europe and North America with propaganda to entice them to travel to Syria for indoctrination, training and deployment as suicide bombers. ISIS cannot afford to appear weak in the face of the coalition campaign. It is likely metastasizing abroad in a show of strength that may help to revitalize ISIS’s campaign on the ground in Iraq and Syria through an increased flow of foreign recruits.

ISIS’s recent breakout means that the current coalition efforts—focusing on Iraq and Syria—are too narrow in scope. To counter ISIS’s expanding global influence, the United States and its partners must think more broadly about how to cut off the sources of its war chest, and how to disrupt its foreign fighter flows.

First, the United States and its coalition partners need new efforts to cut off ISIS revenue and its bulk cash holdings inside Iraq and Syria. While traditional counterterrorism financing efforts help to keep the group isolated from deep-pocket donors, Washington and its partners may also be able to stem ISIS’s activities in other countries by designating and sanctioning individuals who facilitate the group’s operations abroad or are key conduits for the group’s access to the equipment and expertise it needs to operate its oilfields. But sanctions designations alone cannot solve the problem since they will not disrupt the key local revenue sources. In order to cripple the group’s main sources of wealth, it will be necessary to continue to pressure ISIS’s oil operations and its bulk-cash stores inside Iraq and Syria through airstrikes and raids.

Second, the United States and coalition partners must do more to curb the flow of foreign fighters into Iraq and Syria. This will require extensive international cooperation, including information sharing, law enforcement and intelligence cooperation, as well as border controls. The United States should lead a dedicated coalition-wide effort to stem these flows by bolstering law enforcement and border protection cooperation, improving intelligence sharing, and targeting ISIS’s media operations, which fuel this foreign recruitment. Although these short-term steps will help to curb ISIS’s currently expanding influence, a lasting solution will also require additional security assistance as well as vigorous and expedient diplomacy.

While ISIS has made moves to threaten the Iraqi and Syrian governments, these governments can most effectively diminish ISIS by making concessions to their Sunni communities. This might require diplomatic engagement with unpalatable political actors, but at this point, even an imperfect peace is preferable to a protracted war.

Benjamin Bahney is a member of the adjunct staff and Patrick B. Johnston is a political scientist and at the nonprofit, nonpartisan RAND Corporation.