Defeat is an Orphan: How Pakistan Lost the Great South Asian War 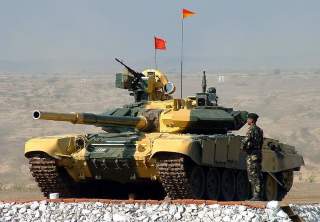 This is the story of how Pakistan lost the “Great South Asian War”. The causes were deeply rooted in its history. But the policy choices it made after India and Pakistan declared themselves nuclear-armed states in 1998 showed it was not merely a victim of circumstances. The hijacking of Flight IC-814 was only one chapter, but it drew together many threads of that story. The nuclear weapons that were celebrated throughout Pakistan as putting it on par with India instead accelerated its downfall—by giving it a false sense of inviolability under which it unleashed militant forces that it could no longer fully control. Insecurity fed on itself, keeping the country in a state of siege and the military-dominated elite in power even as Delhi exploited its own nuclear-armed status to gain greater international standing. As a praetorian state, Pakistan had always prioritised military over diplomatic and political solutions. The nuclear weapons that made it stronger militarily only accentuated that imbalance. India’s success, in contrast, was based on an approach that was largely diplomatic, political and economic. The possession of nuclear weapons was, at most, a complement to its strategy. As Prime Minister Vajpayee had foreseen when he announced the nuclear tests to the world, India won recognition from the United States as an ally and rising power. It was not so much that India won the Great South Asian War but that Pakistan lost it. A process that had begun in 1947 accelerated after 1998.

Eighteen months before the hijacking, on May 11, 1998, Vajpayee had arrived without fanfare at a news conference hastily convened in the garden of his official residence in Delhi. Behind the dais where he stood, an aide had wheeled out the Indian flag. Vajpayee, in white dhoti-kurta and blue waistcoat, pulled out his glasses from a top pocket as he began to speak. “I have to make a brief announcement,” he said. “Today, at 1545 hours, India conducted three underground nuclear tests in the Pokhran range.” He spoke in English, eschewing the Hindi oratory for which he was famous. He was matter-of-fact, almost casual, as though to suggest that here was India merely claiming its natural place at the top table of big powers. He gave brief technical details on the tests and reassured the public there had been no leakage of radiation. The journalists sat stunned as Vajpayee completed his statement and walked off, with no time for questions. Then they ran, past the security guards and the peacocks, to the gate where they had left their cellphones in order to report the news: India had become a declared nuclear weapons state. It followed up with two more tests on May 13.

Just over two weeks later Pakistan Prime Minister Nawaz Sharif addressed the nation on television. His appearance, in formal black sherwani, was sombre; his tone mournful. Unlike Vajpayee, who had directed his announcement both to his country and the outside world, Sharif spoke in Urdu. He had been under intense pressure from the United States not to match India’s nuclear tests with Pakistan’s own and he sought to reassure his countrymen about the international sanctions that were sure to follow. His message was one that summoned up decades of grievance against India and presented Pakistan as a victim of Indian provocation. “Today, we have settled a score and have carried out five successful nuclear tests,” he said. He would go on to say that India’s “reckless actions” had left Pakistan no choice.

The nuclear tests were a pivotal moment in South Asian history. For half a century, Pakistan had defined itself in opposition to India, nursing its wrath over a dispute about the former princely state of Jammu and Kashmir. The two countries followed different trajectories: India a lumbering secular democracy, Pakistan a militarised state. They fought three full-scale wars, two over Kashmir. When East Pakistan broke away from West Pakistan with Indian help to form the independent state of Bangladesh in 1971, Pakistan lost its raison d’être as a homeland for Muslims. Opposition to India expanded into an increasingly aggressive use of Islamist militants to counter Indian influence from Afghanistan to Kashmir. To justify its actions, Pakistan pleaded insecurity about India, hard-wired into the Pakistani system from the early years.

The nuclear tests offered the possibility of a reset to zero. The two countries had been quietly developing nuclear technology for years, acquiring a covert nuclear weapons capability that according to India had already emboldened Pakistan’s support for Islamist militants. In 1974 India had carried out a crude test of a device which it disingenuously called a “peaceful nuclear explosive”. But with the 1998 tests, India and Pakistan proved they had mastered the technology and publicly declared themselves nuclear-armed powers. The nuclearisation of South Asia provided the strategic parity that Pakistan believed it had always lacked against its bigger neighbour. India could no longer risk an invasion without fearing an escalation into nuclear war. As veteran Pakistani politician Sartaj Aziz, then finance minister, remarked, the Pakistani tests “effectively countered Indian doubts about Pakistan’s nuclear capability and by restoring the strategic balance between the two countries improved the prospects for peace and meaningful negotiations…”

It did not work out that way. Far from taking advantage of the new strategic parity to put its own house in order, Pakistan remained as insecure as ever. It relied on the protection of the nuclear umbrella to pursue its proxy war against India. No longer forced to adapt to the threat of external invasion that might compel it to disarm its Islamist militant proxies, it clung to them ever more tightly. It continued to do so even in the face of intense pressure from the United States following the September 11 attacks and subsequent war in Afghanistan. In other words, it became sealed within its own dysfunction. In the years that followed the nuclear tests, Pakistan lost ground to India economically, politically and strategically. Its reputation became that of a near-failing state while India emerged as a rising world power. Whatever appeal it once held for the people of Kashmir was dissipated by Pakistan’s own domestic problems, weakening its claim to the disputed region. Its influence in Afghanistan, high at the time of the nuclear tests when the Taliban were in power, dwindled to the point that it could only be maintained by subterfuge and the use of force. It sacrificed the lives of thousands of its own citizens by not-so-secretly backing the Taliban after their 2001 overthrow to curb Indian influence in Afghanistan. After Pakistan’s dismemberment in 1971 it had recovered and even thrived compared to India. But after 1998, it lost so decisively that its downward trend relative to its eastern neighbour, a country Pakistan had once aspired to match or outshine, appears irreversible.

AFTER THE subcontinent was partitioned into Muslim Pakistan and Hindu-majority but secular India in 1947, leading to communal bloodshed in which at least one million died, both countries nursed a deep but very different sense of insecurity. Pakistan, famously dismissed by Salman Rushdie as “insufficiently imagined”, had emerged as an idea only in the 1930s and 1940s. Arguably demanded initially by its founder, Mohammad Ali Jinnah, as a negotiating tool to secure the rights of Muslims within a federal and united India, it had no chance to grow organically. Established in two wings, East and West Pakistan, separated by more than a thousand miles of Indian territory, beyond a shared religion Pakistan had nothing to unite its diverse peoples, among them Pashtuns, Punjabis, Sindhis, Baloch and Bengalis. If much of the drive for Pakistan had come from the Urdu-speaking elite in the old Mughul heartland in Delhi and Agra, the state was set up on land already occupied by other ethnic groups, some of whom had actively opposed its creation. Jinnah died in 1948, leaving adrift the new country he had willed into existence. Opposition to India became the glue that was meant to bind Pakistan together.

Indian insecurity was more diffuse. Domestically it was too big to be managed efficiently. Externally, its sheer size meant that, rather like Russia, it was exposed across a much wider front. It shared with China the longest disputed border in the world, outright enmity with Pakistan, and varying degrees of awkwardness with its other neighbours. If in Pakistan Partition had anachronistically “proved” that Muslims could not be safe in India, in Indian eyes it had weakened the natural geographic defences of the subcontinent, while the communal bloodshed pointed to the folly of the decision. India refused to see itself in direct competition with Pakistan, preferring to pair itself with a neighbour of comparable size, namely China. But it also disguised in quietest rhetoric an aspiration for regional hegemony, an ambition repeatedly frustrated by Pakistan. This, along with the rancour of intimacy, meant Indian policies were far more influenced by rivalry with Pakistan than it cared to admit. Pakistan’s obsession with India, and India’s less acknowledged competition with Pakistan, would help drive the development of nuclear weapons.