Democracy on the Brink in Iraq 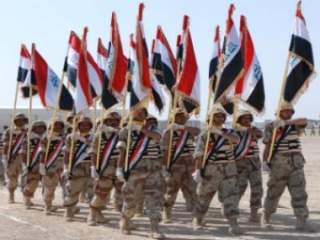 In two weeks, Iraqis will go to the polls to elect a new legislature for the first time since the U.S. military withdrew its forces in 2011. Incumbent Prime Minister Nouri al-Maliki is seeking a third term over the objections of Sunni, Kurdish, and even some Shi’a parties, who blame him for Iraq’s dangerously dysfunctional politics and ever-deepening, ethno-sectarian divides. If Iraq is to avoid Syria’s fate, it must learn from its last Parliamentary election—held in 2010—and ensure an inclusive and transparent government formation process. Anything less will accelerate the country’s slide towards civil war and dissolution, and risk making the April 2014 elections Iraq’s last.

Identity-based politics are flourishing in Iraq against the backdrop of worsening security and intensifying sectarian polarization. Armed militias roam freely throughout the country, and an alliance of convenience between terrorists and disaffected Sunni tribes control major cities in Anbar Province, a mere thirty miles from Baghdad. Reprisal attacks are increasing and overall violence is at levels not seen since Iraq’s first brush with civil war in 2006. The widening Sunni-Shi’a divide is tearing apart the country’s social fabric and is the most significant threat to Iraq’s future.

Iraq’s lone, somewhat cross-sectarian party—the Iraqiya coalition of former Prime Minister Ayad Allawi—is no more. Since 2010, al-Maliki has systematically divided the party’s leadership by targeting its leaders—most notably, former VP Tariq al-Hashimi and Finance Minister Rafi Issawi—with politically-motivated legal charges. Al-Maliki’s own coalition, which used to be viewed as a moderate Shi’a-nationalist party, has grown increasingly anti-Sunni and anti-Kurd. It is now viewed by its rivals as little more than a chauvinistic pro-Shi’a party that seeks to impose its will and silence all opponents.

The April 30 election may be violent—likely including an uptick in attacks—but not otherwise eventful. Al-Maliki will inevitably receive the most votes and take the first stab at forming a government. Beyond selecting a new Cabinet, the process of forming a government will serve as a referendum on Iraq’s nascent democracy. It will be an arduous marathon of negotiations—the last government formation process took nine months to complete, and the 2014 government formation process could stretch well into 2015. The failure of the last government to address Iraq’s myriad challenges holds several lessons for Iraq’s leaders as they prepare for the coming elections.

In the March 2010 general election, Prime Minister al-Maliki did not win the largest number of seats. His party’s eighty-nine seats (of 325 possible) were bested by Ayad Allawi’s party’s ninety-one. Other Shi’a parties—especially followers of cleric Muqtada Sadr and the Islamic Supreme Council of Iraq (ISCI)—won seventy seats combined, and the Kurds won fifty-seven seats. Yet, al-Maliki outmaneuvered Allawi and convinced al-Sadr and ISCI to join with him to form the largest bloc in Parliament, which the Iraqi Supreme Court ruled gave al-Maliki priority over Allawi in forming the new government.

After months of negotiations, the Kurds and Iraqiya agreed to join a Maliki-led national unity government under the “Erbil Agreement” (not a single agreement but rather three separate accords, as explained below). Power sharing was intended to give the three major blocs a significant voice in government through appointment to senior positions (e.g. al-Maliki as Prime Minister; a Sunni as Vice President and Speaker of Parliament; and a Kurd as President and Vice President, etc.). The three blocs were also to divide amongst themselves top Cabinet positions – especially Defense, Interior, Finance, Foreign Affairs, and Oil. Additionally, a new National Council of Strategic Policies (NCSP) to advise on high profile policies would have been created to serve as a consolation prize for would-be Premier Allawi.

In an attempt to persuade the major parties to join the government, al-Maliki shrewdly negotiated (or recklessly, depending on your point of view); he agreed to overlapping demands, changed his own positions frequently, and made promises he would not be able to keep. The Erbil Agreement ultimately did produce a government, but unfortunately failed at virtually everything else.

To secure a third term in office, al-Maliki will need another deal with the blocs representing Sunnis and Kurds. He occasionally floats the idea of a majoritarian government (e.g. a Shi’a-led government with token minority representation), but that is unrealistic unless al-Maliki wins by a landslide and receives upwards of 100 seats. More importantly, a government that excludes the Kurds and/or Sunnis would not be recognized as legitimate in large swaths of Iraq. The most likely outcome of the upcoming elections is another so-called unity government supported by the Kurds and Sunnis, but ultimately beholden to the whims of al-Maliki.

There are several reasons for the failure of the Erbil Agreement that Iraq’s leaders should remember as they prepare for the upcoming elections and critical government formation process.

First, there was much ambiguity about the terms of the agreement. The Kurds published a nineteen-point set of principles (that was vaguely worded) that articulated the basis for their joining the government. Yet, Allawi had his own and separate agreement with al-Maliki, the text of which was never made public. It reportedly described the powers of the Allawi-led NCSP and the awarding of certain government posts to Iraqiya, including the Defense and Finance ministries. Then, there was the actual trilateral agreement that was reportedly signed by al-Maliki, Allawi, and Kurdistan Regional Government president Masoud Barzani. That agreement was not published until the spring of 2012, by which time the deal was all but dead. The NCSP had not been formed, Iraqiya’s vice president was to stand trial over dubious terrorism charges, and Kurdish leaders were scrambling to force a vote of no confidence against al-Maliki in Parliament.

Further confusing matters, the trilateral agreement was not consistent with the key demands of the Kurds and Sunnis, as articulated in the Kurdish nineteen-point declaration, nor in the statements by Iraqiya leaders. In fact, the very same NCSP that was to become the pillar of power sharing and checks and balances was not even mentioned in the text of the trilateral agreement. Nor did it explicitly mention core Kurdish demands such as the implementation of Article 140 of the Iraqi Constitution to settle territorial disputes. Overall, the trilateral agreement was so incredibly vague that it is not surprising that it failed to achieve anything.

Second, the lack of transparency made it easy for al-Maliki to avoid calls by the Kurds and Sunnis to honor the deal(s). For example, al-Maliki insisted that the Defense Ministry be allocated to a “Sunni” politician (and as such, appointed his Sunni ally Sadoun al-Dulaimi) while Allawi maintained that the ministry belonged to the Iraqiya bloc and that Iraqiya was to name the Defense Minister. The Iraqi public could not hold their leaders accountable without knowing what had actually been agreed to and, thus, to what extent al-Maliki was or was not honoring his word.

Third, the Erbil Agreement was, in essence, two separate deals. It did not represent a national pact where all parties met in the middle, but rather a collection of somewhat conflicting demands by discrete parties with different agendas. Negotiating separate agreements with different sides—and not sharing their substance publically—allowed al-Maliki to make promises that played his rivals against each other, such as promising the defense post to Iraqiya (despite Shi’a and Kurdish sensitivity), or pledging to implement Article 140 (despite the opposition of concerned Sunni and Turcoman communities).

Fourth, certain elements of the Erbil Agreement, such as the creation of the NCSP, were inconsistent with the Constitution. This made it easy for al-Maliki to find legal loopholes to delay or scuttle implementation of these provisions.

Fifth, there was no clear enforcement mechanism. The Kurds and Iraqiya gave al-Maliki what he wanted—a vote of confidence—before they received their side of the bargain. This undermined their leverage and enabled al-Maliki to hold out delivering senior positions and policy changes, because he was no longer dependent on Kurdish and Sunni support.

As Iraq’s leaders approach April 30 and its aftermath, they must avoid making the same mistakes. Any political deal must truly be trilateral and mutually accepted by the Kurds, Sunnis, and Shi’a alike. It should include only those areas that can be jointly agreed upon by the three major blocs in clear, specific writing and exclude those areas where consensus is impossible. Agreement on every issue in one package will not be possible because of conflicting interests, but a partial agreement signed by all sides is better than no agreement at all or a multitude of conflicting bilateral ones.

Next, an agreement must be transparent and enforceable in the arena of public opinion. The agreement should be published so the Iraqi public can see it and internalize its contents. Public criticism of Iraqi politicians and parties can be effective in influencing their behavior and should be leveraged here. The agreement would be even more credible if facilitated by an influential third party or parties. The UN by itself or in conjunction with the United States, Turkey, the European Union, and Iran could help broker an agreement and ensure all sides honor it.