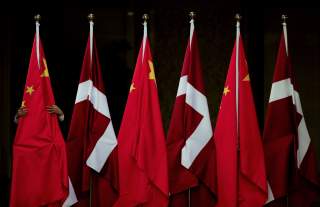 Denmark has been in the news lately for all the wrong reasons. President Donald Trump’s unexpected interest in buying Greenland and his subsequent postponement of a planned State Department visit to Copenhagen rankled Danish feathers and left many on both sides of the Atlantic scratching their heads.

It is a shame. As important as Greenland is for U.S.-Danish relations, and indeed for the future of the Arctic, America’s alliance with Denmark is about far more than this icy isle.

Through blood sacrificed and a political willingness to stand side by side with the United States, Denmark has proved itself a committed ally. This fact alone should have been enough for the president to continue his planned visit. The cancellation is a missed opportunity to solidify the two nations’ partnership on a range of geopolitical issues—from defense spending to devising an appropriate response to Iranian and Russian aggression.

Denmark, like the United States is a founding member of NATO. Certainly, it spends too little on defense, a mere 1.35 percent of GDP. However, unlike some NATO allies, Denmark has been ever willing to fight in the trenches alongside the United States, without caveats.

Following the 9/11 terror attacks, Denmark decided to refocus its military on expeditionary capabilities as opposed to territorial defense. Danish soldiers deployed to some of the most dangerous places on earth to stand shoulder to shoulder with U.S. soldiers.

Between 2002–2013, Denmark deployed 9,500 soldiers to Afghanistan. Danish soldiers deployed to Helmand province, one of the deadliest regions in the country, and suffered the highest per capita casualty rate amongst NATO allies.

Danish soldiers also fought in Iraq; “the Danish Army sustained 850 to 1000 soldiers in Basra, Iraq, from 2003 to 2007,” with seven soldiers killed during that time.

From 2016–2018, Danish special operations forces worked in Iraq to train Iraqi security forces in the fight against the Islamic States. Danish frigates took part in Operation Inherent Resolve, as did seven F-16 jets, which took part in bombing missions in both Iraq and Syria.

One of the largest seafaring nations in the world, Denmark actively contributed to anti-piracy operations in the Gulf of Guinea as well as the Horn of Africa.

As a member of the European Union, Denmark is shackled for now to the failed Iran Nuclear Deal. Yet, the nation has proven to be more willing than most nations to tackle the incendiary actions of the Revolutionary Guard in the Straits of Hormuz. In June, Denmark’s Foreign Minister Jeppe Kofod stated the country would likely contribute ships toward an initiative to patrol the straits. Last year, Danish company A.P. Moller-Maersk, the largest container shipping company in the world, stated it was preparing to halt doing business with Iran over the threat of U.S. sanctions.

Additionally, Denmark has been European leader in standing up to Vladimir Putin’s Russia. The Danes remain staunch supporters of EU sanctions against Russia for its invasion and continued occupation of Ukraine. Danish forces serve in the UK-led multinational battalion in Estonia, part of NATO’s Enhanced Forward Presence. And Danish jets have participated in NATO’s Baltic air-policing mission six times—most recently in the first half of 2018.

Denmark is also investing in major military equipment. For example, it is purchasing twenty-seven F-35 jets—advanced airpower that would prove valuable in a potential future conflict with Russia.

Also, to its credit, the Danes have vociferously opposed the Nord Stream II pipeline. The natural gas pipeline would only further enmesh Russia in Europe’s energy supply as well as its political calculations. Thus far, Denmark is the only European nation that has tried to throw a wrench in the project. Its refusal to approve permits has thus far delayed work on the pipeline’s construction at a potential cost of $740 million to the consortium building it.

Still, last month Gazprom stated it expects Denmark to approve its route application by October; the political pressure from Russia and other European nations is surely immense.

The dangers posed by the Nord Stream II pipeline is a major policy area where the United States and Denmark agree. A public show of support from the United States on this issue would have spoken volumes to the Danes and others in the West.

Finally, it is worth remembering that in the event of a future conflict with Russia, Danish territory could prove decisive. Denmark sits astride a series of straits that control access to the Baltic Sea. Furthermore, Denmark controls the island of Bornholm, located at the mouth of the Baltic. Denmark continues to station troops on the strategic island, and in 2017, announced the rebuilding of a listening tower on Bornholm to gather intelligence on Russia.

If the United States needed to intervene militarily in the Baltic States, then access to the Danish Straits and Bornholm Island would be vital. Additionally, Danish bases would be a major component of NATO’s air and land operations to retake the Baltic States in a potential conflict.

Last October, former U.S. Secretary of Defense Jim Mattis succinctly stated, “Our real strengths are the network of alliances and partnerships around the world.” Moving forward, leaders in both the United States and Denmark have a responsibility to focus on the importance of relationship and the joint work we have done and can do together in the transatlantic community.

Daniel Kochis is a senior policy analyst in The Heritage Foundation’s Margaret Thatcher Center for Freedom.