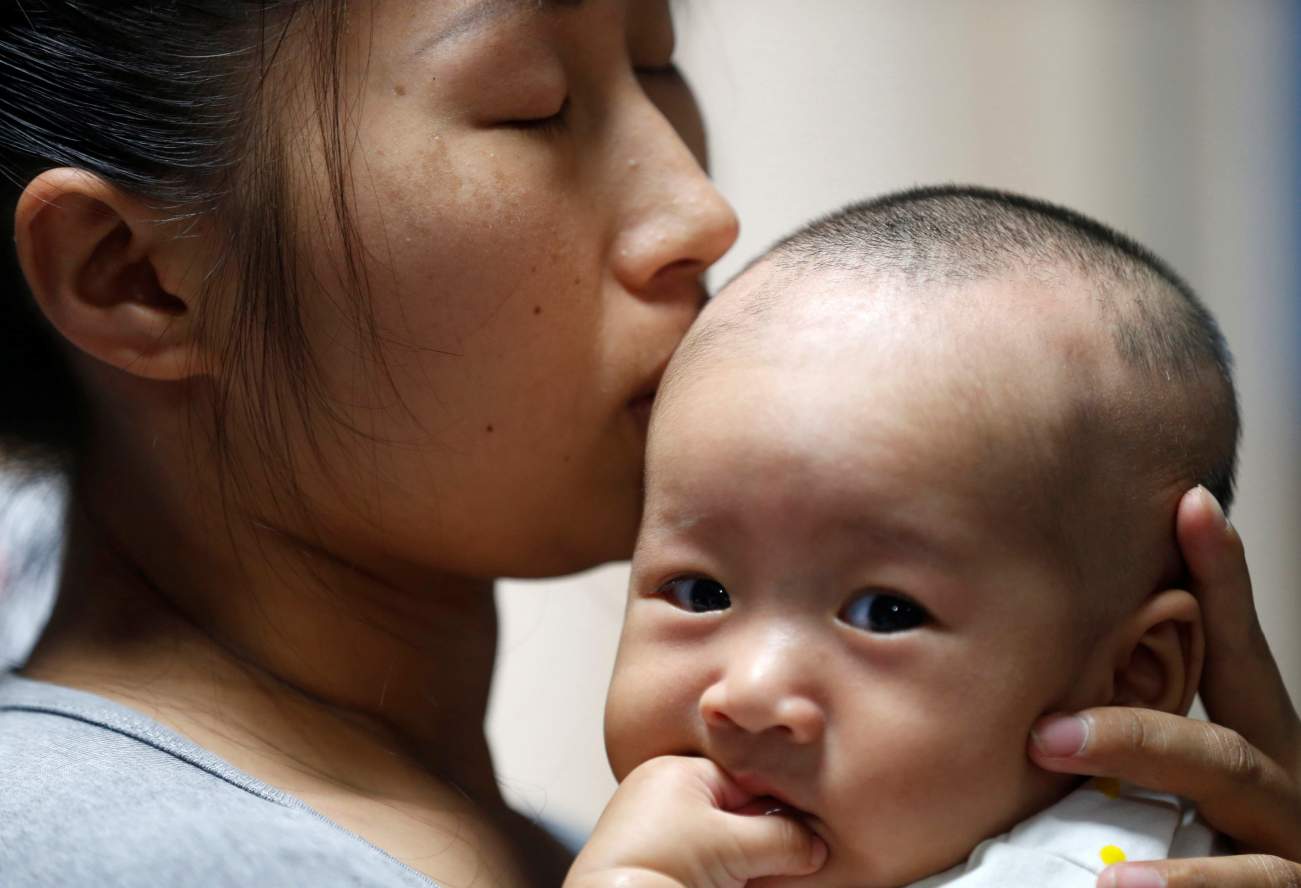 WARS AND instability are sometimes the result not just of population growth but also of demographic decline. Despite the overall increase in the world’s population, at a rate of around 1.1 percent every year, there are some countries or regions whose numbers are diminishing from falling birth rates, increasing death rates or high levels of emigration. This depreciation can be an important contributory factor to an ensuing state of international instability and to the advent of “Depopulation Wars” that can be waged both by and against a diminishing state. In particular, it is no coincidence that two of the most troublesome countries in the contemporary world—Russia and North Korea—have in recent years both been experiencing either significant demographic falls or the real threat of them.

Of course, there is no necessary connection between depopulation and instability. During the past few decades the populations of Japan, South Korea and, until the very recent arrival of a large number of immigrants, Germany have been in a steady state of decline born of a dwindling fertility rate among their indigenous populations: in Germany in 2015, an average of just 8.2 children were born per 1,000 inhabitants, less than a fifth of the rate of some sub-Saharan states. However, over the past half-century none of these three countries have either been attacked or sought to attack others. All also have strong pacifistic cultures. But there are other countries that lack any comparably peace-loving mentality and whose collective fears and insecurities may be considerably aggravated by a state of demographic decline. Equally, there are other states whose demographic diminution renders them vulnerable to foreign attack.

Such statements require careful definition because there are different ways in which a state’s population may “fall.” Most obviously, a population may decline in simple numerical terms, just as Japan’s population is expected to fall from 127 million in 2015 to around 88 million by 2065. But it may also diminish in relative terms: an annual increase in numbers may not satisfy the architects of economic and defense strategy, for example, if a competitor/rival has a significantly higher rate of increase.

In addition, a population may be seen to fall, even if it is not in fact doing so. Contemporary Western countries have detailed, accurate statistics about the size, and constitution, of their populations, even if these have lacunae because every census is ultimately dependent upon the cooperation of the general public. But many other countries lack or have lacked such precise data: some very impoverished countries may not have the resources to carry out such a project, while corruption and inefficiency may inhibit the accuracy of those that do so. But if it lacks such hard data, a government may think, with or without justification, that it is afflicted by population decline or indeed any other demographic change. Furthermore, it may also fear a future decline, even if it may be experiencing an increase in the immediate term. The mere risk of demographic depreciation, in other words, can cause instability and conflict.

“DEMOGRAPHIC DECLINE,” in both these narrow and wider terms, can cause instability and conflict that is instigated by a depopulating state that views a fall, or putative fall, in its numbers as a danger to its well-being. From an economic point of view, this may be because demographic growth is often associated with material prosperity, even though there are states, such as Singapore, that have stable levels of population but high economic growth. But if it feels imperiled by any such fall, then a state may try to compensate for its demographic loss.

From a more narrowly military perspective, a fall in the population can sometimes be viewed as a threat to the manpower and the economic stamina necessary to wage a war or even to keep pace with, or outstrip, a competitor or potential adversary. This association, between population and self-defense, has strong antecedents. For example, the Welsh philosopher Richard Price argued in the 1770s that a marked fall in Britain’s population endangered her livelihood and status, not least her grip over the American colonies. On the European continent, some Frenchmen took a similar position. In 1868, Lucien-Anatole Prévost-Paradol wrote a best-seller, La France Nouvelle, that urged the people of France to “go forth and multiply” in order to maintain its national grandeur at a time when “Anglo-Saxon” powers were ascendant. This expansion, he continued, would allow the French to “overflow” into North Africa, foster “a sense of pride” and contribute to “our greatness.” Such views proved enduring: on the eve of World War I, French women who had fewer than four children were deemed “no better than deserters.”

Of course, such fears are not always rational because self-defense clearly depends upon more than sheer weight of numbers and economic stamina: the quality of its arms, for example, is hugely important. Equally, some countries—notably Russia—have dwindling populations but large armies comprised of poorly paid recruits. But this may be of limited reassurance to a country that has deeply-ingrained fears of foreign invasion and attack: both Russia and North Korea, for example, have suffered numerous foreign invasions and occupations over the centuries.

One extreme consequence is that a depopulating state can use military force to seize new territory and declare the inhabitants of its newly acquired lands as its own citizens. These inhabitants are likely to share the ethnicity of the attacking state, although this does not necessarily follow: in 1871, Germany’s acquisition of Alsace-Lorraine incorporated a great many ethnic French citizens, amounting to around one third of the region’s million-strong population. Whatever their ethnicity, such an acquisition amounts to a form of “resource war” that is fought for human, rather than natural, assets.

A contemporaneous example of this kind of territorial acquisition, motivated at least in part by demographic issues, is Russia’s belligerent policy towards Ukraine, Crimea and other territories that once comprised the Soviet Union. President Vladimir Putin’s aggression towards these territories has been driven, to an important degree, by demographic considerations. This demographic factor, in the Russian mind-set, inflames and reflects a wider sense of insecurity and post-1991 decline.

RUSSIA’S STATE of demographic decline stems back to the late 1990s, when its birth rate sank to new lows under the weight of political upheaval and severe economic stress while the privileged moved overseas: within a decade, the annual birth rate fell from 2.1 births to every Russian woman, which meets the replacement level necessary to sustain an existing population, to a meager 1.20. In the Kremlin, officials were acutely aware of this shortfall. In his first State of the Nation address in July 2000, for example, Putin warned his brethren that “we are in danger of becoming a senile nation” and he has subsequently reiterated such predictions. In 2012, he argued that, if demographic trends continued, the population of Russia could decline from 143 million to 107 million by 2050. And in September 2017 the economy minister, Maksim Oreshkin, stated that Russia’s population decline was “one of the most difficult [challenges] in the world,” pointing out that over the next half decade “we are going to lose approximately 800,000 working-age people from the demographic structure every year.” He noted that, “The lowest birthrate in the country was reached in 1999 and these people are now 18 years old; they are entering the workforce. This generation is very small.”

With immigration a politically unviable alternative, the Kremlin has looked to more militaristic measures to meet this challenge. In 2014, Moscow’s annexation of Crimea, whose population stands at around 2.3 million, and its military intervention in eastern Ukraine allowed Putin to partially realize what he has called Novorossiya—a “New Russia” that would not just add to Moscow’s territory but also incorporate “tens of millions of our co-citizens and compatriots found themselves outside Russian territory.” The Russian leader has long claimed, with spurious justification and an uncertain definition, that seventeen million Ukrainians are “ethnic Russians,” and if Moscow should succeed in forging a “Greater Novorossiya,” which includes other territories, then an additional twenty-one million people would fall under its suzerainty.

There are other reasons, besides the waging of a demographic resource war, why the diminution of its population may render a state more likely to resort to military force. Russia’s annexation of Crimea and its incursion into Ukraine also compensate for the loss of prestige borne of its demographic fall or exemplified by such a decline. After the annexation of Crimea, the Levada Center, a respected polling organization based in Moscow, reported that a clear majority of Russians, 63 percent, felt that their country was a “great power.” This type of Depopulation War, undertaken to bolster national prestige, not only creates a “feel-good factor” at a time when national morale may be low but could also be calculated to attract emigrants back to their country of origin. Millions of Russians have left their homeland since the fall of the Soviet Union, and in 2015 the state statistics agency, Rosstat, claimed that 350,000 nationals had departed from the country over the preceding year alone.