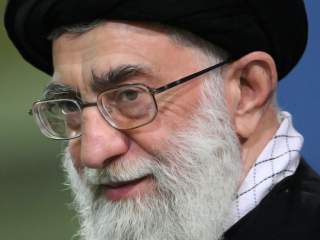 The international community has just lifted sanctions on Iran in exchange for major nuclear concessions under the deal signed last summer. But fresh lows in oil prices and poor economic performance in Iran mean that Iran will not benefit economically in the ways that critics fear or deal supporters hope.

The architects of the nuclear deal with Iran lauded 'Implementation Day,' on which the sanctions were relieved, as a watershed moment for Iran. Overnight, the United States and the European Union rolled back restrictions on Iran’s international banking activities, oil and refined product sales, and its auto, ports, insurance, shipping and airline sectors. Iran is now allowed back into elite economic circles after decades of international exclusion.

But this could hardly come during worse economic circumstances for Iran. After losing two-thirds of their value in the last eighteen months, oil prices just dipped to eleven-year lows below $30 per barrel. Analysts expect low prices for a long time, which will make it hard for resource-dependent Iran to rake in receipts. Now that sanctions have dropped, Iran plans to expand oil production by an additional 500,000 barrels per day immediately—and expand by up to 1 million barrels per day within a year, adding to a market currently awash in 1.5 million barrels per day of excess oil.

But Iran’s formidable oil supply competitors, Saudi Arabia and Russia, are not interested in making room for Iran in the market. Saudi Arabia in particular has been pumping at record high levels expressly for the purpose of pushing other producers out of the market. Moreover, political hostilities between Iran and Saudi Arabia, leading OPEC producers, make it impossible for the cartel to contemplate cooperation to increase prices and profits.

The poor economic conditions in Iran are another strike against the country. Transparency International ranks Iran 136 out of 175 in its corruption index, and Iran tops the Basel Institute of Governance list of countries with money laundering and terrorist financing risk. Additionally, the World Bank puts Iran at 118 out of 189 in its annual ‘Ease of Doing Business’ report.

As if this dismal score card was not enough, the IMF offers a grim outlook for Iran’s economy. Last month, it forecast GDP growth for 2015/2016 around zero, an increase in unemployment by about 1.5%, and a 10% drop in imports. The IMF has also called attention to troubling public debt and a banking system in disarray.

The slew of risks associated with doing business with Iran will keep international banks on the sidelines. Significantly, many of the well-capitalized, sophisticated European banks have been collectively fined billions of dollars for U.S. sanctions busting and are barred from going back to Iran. Part of the settlement these banks made with the U.S. Department of Justice involved a commitment not to expand activities with the rogue state.

To be sure, commerce with Iran will now expand, even while a web of U.S. sanctions remains in place and Washington threatens expensive enforcement for cheating. Regional political volatility and hostile anti-West revolutionary elites in Iran will not keep cowboy investors away. But initially, they will focus on quick-repayment trade in goods and commodities and move at a tepid pace. Investing in big projects in Iran is the new definition of high-risk, high-reward finance.

Iran hawks have worried that the $100 billion of Iranian assets that was just unlocked on Implementation Day will give Iran the means to destabilize the region and ramp up its abhorrent support for terrorism. Even if U.S. Treasury Secretary Jacob Lew is wrong that most of this money is ensnared in non-performing loans and will have to be used to defend the rial and to develop billions worth of new infrastructure, this amount of money is a relatively modest sum.

With 80 million people and a GDP of roughly $1.4 trillion, Iran will need vast access to hard currency to sustain any serious force projection in the region. And in any case, it is outspent on defense by its Gulf neighbors seven to one. Certainly, any amount of money spent on Middle East destabilization is too much, and we should not let Iran’s limited economic means offer any false sense of security. But it is essential to be clear-eyed about Iran’s assets and liabilities.

There is no doubt that President Rouhani will struggle to reap the benefit of his nuclear bargain, to the detriment of his credibility and leadership. He was elected with a mandate for economic reform, little of which he has delivered. The lifting of sanctions does not solve Iran’s broader economic problems and even if pragmatists sweep Iran’s February domestic elections they are unlikely to shepherd radical economic growth. Notwithstanding Iran’s new inclusion in the global financial system, its economic woes will be a drag on both the nuclear deal and Iran’s regional rise.

Elizabeth Rosenberg is Senior Fellow and Director of the Energy, Economics, and Security Program at the Center for a New American Security where Axel Hellman is a former Joseph S. Nye National Security intern.