A Despot’s Death in Tunisia 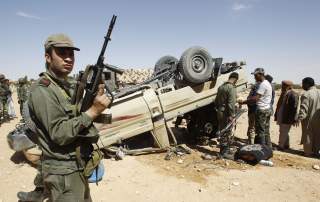 January 14, 2011, will always represent a momentous inflection point for Tunisia. On that day, millions marched in the streets, demanding the resignation of President Zinedine Ben Ali, who had ruled in an increasingly authoritarian manner. It turned out to be his last day in his homeland; Ben Ali saw the handwriting on the wall and hastily fled with his family to sanctuary in Saudi Arabia, where he died on September 19.

I was serving as the U.S. Ambassador to Tunisia at the time and had a front-row seat to this history. Contrary to published reports, I never told Ben Ali that he needed to relinquish power or that the United States would not give him asylum. And while I do not want to speak ill of the recently departed, I must admit that my interactions with Ben Ali left me greatly unimpressed.

At the November 2009 credentials ceremony for newly arrived ambassadors, he gave a dark speech in which he demanded our loyalty to our current country of residence (i.e., Tunisia). An embassy colleague called it a bizarre event and told me that he remembered shaking Ben Ali’s hand and thinking he was already embalmed. At a meeting the following year, when Assistant Secretary of State Jeffrey Feltman raised U.S. concerns about the human rights situation, Ben Ali told Feltman that he was “misinformed” by the embassy. Feltman, who had served in Tunisia in the late nineties, of course, knew better. Such a worldview was typical for Ben Ali, who viewed most foreigners with suspicions – except for leaders such as Nicolas Sarkozy and Silvio Berlusconi, whose interest in strong bilateral commercial ties meant they did not raise uncomfortable topics such as human rights. And Ben Ali was stilted at even routine public occasions, from book fairs to commemorations of Tunisian independence.

Ben Ali’s death was ironic for two main reasons. First, it came just four days after the first round of presidential elections in Tunisia, elections that respected U.S. elections observer teams labeled as “an important step in the consolidation of the country’s developing democratic political system.” The September 15 balloting was only the second time since independence in 1956 that Tunisians were able to vote freely for president, a right that Ben Ali and his regime denied his people during his 23-year reign. Second, in accordance with Ben Ali’s wishes, he will be buried in the birthplace of Islam, despite his secular policies and his repression of Islamists during his tenure as Interior Minister, Prime Minister, and President.

Tunisians in 2011 were united their hatred of their despotic president, his widely reviled wife, and their family, all of whom were seen as completely corrupt. Yet regime loyalists could have resorted to a protracted campaign of violence in the hopes of restoring Ben Ali to power.  One must be fair and give him some modicum of credit for leaving Tunisia rather than staying to launch a bloody campaign of fighting. The Libyan and Syrian people would be far better off today had Moammar Qadhafi and Bashar al-Assad followed Ben Ali’s example. That may be the most positive form of legacy that we can attribute to a dictator such as Zinedine Ben Ali.