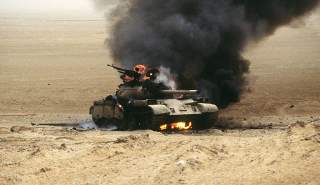 Don’t get me wrong, the U.S. troops were by and large excellent and trained to a high degree. As an army, the United States would have won had it faced experienced and trained Soviets, but at a much higher cost. But as it was, we faced an enemy that had decent equipment, but they were so poorly led and trained that it’s hard to overstate their weakness. Because the U.S. soldiers were so well trained at the crew level, and because the American combat vehicles and weapons were of such high quality, tactical leaders could have used even the most foolish of tactics and still have won overwhelmingly.