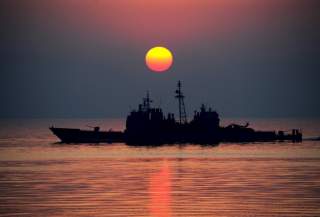 Overall, the general trend is that China’s unilateral drilling in the Vietnamese EEZ has added more impetus for several states, including Japan, the Philippines, Australia, India and Vietnam, to readjust their military postures and foreign-policy alignments to more effectively counter China’s aggressiveness. Seeing this trend and the related change in perception, China must undoubtedly sense that its aggressive action has inflicted sufficient costs to its own strategy and reputation.

For years, China’s rivals, such as Vietnam and the United States, have adopted a policy of restraint for fear of provoking the giant dragon. They have created a glass ceiling that limits what they deem permissible in dealing with the rising power. China, for its part, has adroitly exploited this fear with its salami-slicing tactic. Salami slicing works as long as the other side lacks the resolve to break free of their self-censorship, which is kept in place by their fear of escalation. The success of salami slicing is predicated upon one trick: if you can render your opponent’s restraint one-sided, you can win without fighting. In light of this, the countertrick is obvious: you must show your opponent that restraint cannot be one-sided.

China’s oil-rig move was the culmination of a long process of salami slicing. But it also provided an opportunity for its rivals to break the glass ceiling that limited their actions. The outcome of this crisis suggests that China is not much different from other actors—it also has its own fear of escalation.

Dr. Alexander L. Vuving is an associate professor at the Asia-Pacific Center for Security Studies, Honolulu. The views expressed in this article are his own and do not reflect those of his employer. He tweets @Alex_Vuving