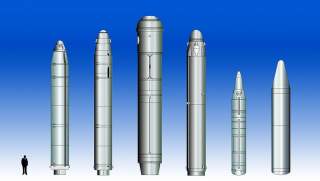 On Sunday morning, North Korea launched an intermediate-range missile high into the atmosphere. It fell into the Sea of Japan about five hundred kilometers downrange.

Pyongyang identified the missile as a Pukguksong-2, and claimed it was developed by North Korean technicians, but it may have been Chinese in origin.

President Trump on Monday said the U.S. has “a big, big problem” with North Korea. In fact, America may have a big, big problem with China. So before his administration crafts a policy, he needs to know where the Pukguksong-2 came from.

The consensus view is that the missile tested Sunday is the land-based version of the KN-11. A KN-11 was launched August 24 from below the surface of the Sea of Japan. Video released by Pyongyang shows Sunday’s missile igniting in midair after leaving its mobile launcher, mimicking a submarine-launched missile.

Last August, two leading analysts—Tal Inbar, of Israel’s Fisher Institute for Air and Space Strategic Studies, and Bruce Bechtol, of Angelo State University in Texas—noted the missile tested then looked like it was modeled on China’s JL-1 submarine-launched ballistic missile.

Richard Fisher of the Virginia-based International Assessment and Strategy Center, in comments to the National Interest, also points out the similarities between China’s and North Korea’s SLBMs, as sub-launched missiles are known. “North Korea’s KN-11 SLBM is roughly the same size as the Chinese JL-1 SLBM, and both use a similar two-stage structure,” Fisher wrote me. “In addition, as the new Pukguksong-2 is a longer 2,500-kilometer-range version of the KN-11, so is China’s land-based DF-21 a larger, longer-range version of the JL-1.”

Both Fisher and Bechtol are suspicious of the origins of the Pukguksong-2. “The genesis of the missile is unknown,” Bechtol noted in comments sent to the National Interest. “There is no evidence—at least not yet—telling us where the missile design and capabilities came from, but let there be no doubt, the North Koreans did not just go out and develop a solid-fuel, medium-range ballistic missile on their own.”

Bechtol thinks it unlikely Pyongyang obtained Western technology, so the leading candidates for the source of this missile are Russia and China.

The transfer could have been direct, on orders from Moscow or Beijing, but there are other possibilities, Bechtol suggests. For instance, Pyongyang could have somehow obtained tech from a country Russia or China proliferated to. He mentions two possible third-country sources: Iran and Pakistan.

Fisher’s top candidate is Islamabad. “That there would be a big Chinese hand in this certainly has precedent,” he notes. “Just look at how China transferred to Pakistan, lock, stock, and barrel, the ability to make mobile, solid-fuel medium-range ballistic missiles.”

As Bechtol points out, the North Koreans are adept at stealing weapons tech, buying it, and getting it with the help of rogue scientists and engineers. “All that is certain today is that the North Koreans did not develop this missile system completely on their own,” he told me, “and the missile fired Sunday as a land-based missile and several months ago as an SLBM has almost exactly the same appearance and capabilities as the Chinese JL-1.”

However the North Koreans got the technology, they are on the way to making their unstable regime an existential threat. The important advance is that they now have a solid-fuel engine for their land-based missiles. Solid-fuel engines permit quick launches, which means the North’s targets will not have much warning time.

“This is truly dangerous,” Fisher tells me. North Korea has “crossed the line from failure-prone, liquid-engine, long-range missiles to long-range, solid-fuel ones.” And now, having made it to the other side of the threshold, it can make rapid improvements: “We can now expect the North will soon produce solid-fuel, intermediate- and intercontinental-range ballistic missiles and space launch vehicles.”

Moreover, to make matters worse, the Pukguksong-2 is carried on a transporter-erector-launcher, essentially a truck. That means the North Koreans can hide missiles before shooting them.

The United States is not particularly worried about North Korea’s longest-range launcher, the Taepodong-2, as a weapon. Yes, it has the range to put a dent in the Lower 48 states, but it takes weeks to transport, assemble, fuel and test. The U.S. Navy or Air Force can destroy this missile on the pad.

The United States worries about the North’s mobile missiles, however, especially the KN-08, carried on a Chinese-supplied transporter-erector-launcher, and the KN-08’s longer-range variant, the KN-14.

“We call on all members of the Security Council to use every available resource to make it clear to the North Korean regime, and its enablers, that these launches are unacceptable,” urged a statement, issued Monday, of the U.S. ambassador to the UN, Nikki Haley.

Although she did not mention any specific countries, observers were taken aback by her talk of “enablers.” It was, wrote CNN’s veteran correspondent Richard Roth, “not the diplomatic norm at the United Nations” to be so direct in public.

Haley’s right to break from polite discussion, however. Some country—probably China—has enabled the North Korean ballistic-missile program, and there are consequences for arming an obviously unstable regime like Pyongyang. It is only a matter of three or four years before Kim Jong-un is able, if he wakes up one morning and feels it to be in his interest, to hit any American city with a nuke.

Thanks to some “enabler,” he now has most of the technology he needs to accomplish that.