Did Putin Get the Origins of World War II Right? 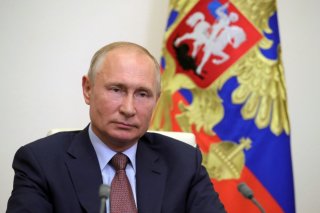 On the seventy-fifth anniversary of the start of World War II, Russian president Vladimir Putin published a major article in The National Interest in which he copiously cited archival research to reexamine the causes of the war and the Soviet Union’s role in it. The article has prompted considerable debate over its interpretations of history and its implications for current affairs.

How strong is Putin’s historical case? And what are the implications for our understanding of Russia’s foreign policy objectives today? In the link below, several experts discuss the issues that Putin’s essay raises. Questions about interwar diplomacy and the accuracy of Putin’s analysis were posed by Jacob Heilbrunn of the National Interest, Michael Kimmage of Catholic University and Melinda Haring of the Atlantic Council, among others. The experts discussing these issues are:

· Sergey Karaganov, Dean of the Faculty of World Economy and International Affairs at the Higher School of Economics in Moscow, Honorary Chairman of the Council on Foreign and Defense Policy, and a longstanding adviser to the Russian government on foreign affairs. He has recently co-authored a much-discussed study of new directions in Russian foreign policy prepared in cooperation with Russia’s Foreign Ministry.

· Stephen Kotkin, John P. Birkelund Professor of History and International Affairs at Princeton University and a fellow at the Hoover Institution at Stanford University. Dr. Kotkin directs Princeton’s Institute for International and Regional Studies and co-directs its Program in the History and Practice of Diplomacy. He is the author of a number of highly praised books on Stalin, including Stalin: Waiting for Hitler (1929-1941).

· George Beebe, Vice President and Director of Studies at the Center for the National Interest, a former director of Russia analysis at the Central Intelligence Agency, and a former adviser to Vice President Dick Cheney on Russia matters, will moderate the discussion. He is the author of The Russia Trap: How Our Shadow War with Russia Could Spiral into Catastrophe.