Did Russia Really Win the War in Syria? 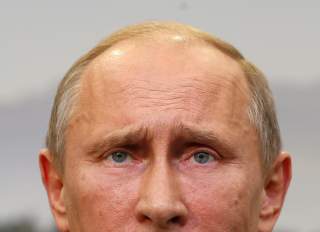 By ordering U.S. troops to finally leave Syria, President Donald Trump has brought down a whole pile of bricks onto his own head—including many pitched from stalwart supporters in his own party. The Washington foreign-party establishment is in a complete tizzy. The withdrawal is said to constitute simultaneously a grand moral failure on par with the Munich Agreement. It is also a geopolitical catastrophe that will benefit practically all of America’s “adversaries,” especially the wily and apparently devious Kremlin, which the New York Times declares “is savoring a fresh chance to build its status as a resurgent world power.”

Are Russians, in fact, doing a “victory dance” and laughing at the capricious Americans? Not quite. In fact, a column by Vladimir Muchin in the Russian newspaper Nezavisimaya Gazeta says nearly the opposite. The column implies that the room for debate on sensitive issues in the Moscow press is significantly larger than most Western accounts ordinarily allow, but it also suggests that the zero-sum framework for analyzing foreign-policy issues currently in vogue among leading Western journalists is deeply flawed.

Muchin starts by summarizing Trump’s provocative comments on Syria for Russian readers. He explains that Trump has actually wished Moscow “luck [удачи]” with its endeavor to help Damascus. However, the Russian columnist immediately points out that President Donald Trump also raised the historical analogy of Soviet involvement in Afghanistan to point out the perils for great powers of frittering away resources in complex regional contingencies. Predictably, this point resonates in some rather deep and powerful ways in the Russian mind. Muchin explains that Trump then twisted the rhetorical knife, asserting “if Russia wants to be involved in Syria, that’s their affair [если Россия хочет быть вовлечена в Сирию, это их дело].”

The Russian author finds it “interesting” that Trump claimed that U.S. soldiers needed to be brought back from Syria since they are needed on the border with Mexico. Predictably, he contends that Trump is correct to have removed U.S. troops in that they are there “illegally [незаконно].” Yet, the Afghanistan analogy does not necessarily sit well with Russian readers. After all, during the 1980s the USSR had far more soldiers in countries other than Afghanistan, for example in Eastern Europe or even Mongolia, Muchin explains. Today, he continues, Russia has far fewer soldiers abroad and, moreover, the contingent in Syria is not especially large. Nevertheless, Muchin seems to sympathize with Trump and says that the costs to Russia for the ongoing Syrian intervention are actually not small. “Although due to its remoteness from the borders of the Russian Federation and the sending of large-scale military, police and humanitarian actions, rotation of personnel and testing of new types of weapons, this deployment requires significant material and human costs. [Хотя в связи с ее отдаленностью от границ РФ и ведением масштабных боевых, полицейских и гуманитарных действий, ротацией личного состава и испытаниями новых видов вооружений эта группировка требует значительных материальных и людских затрат].” Muchin says he agrees with Trump’s assessment that Russia’s deployment to Syria has a negative impact on Russia’s economy.

Continuing with the comparison to the Soviet failure in Afghanistan, Muchin admits that, to this day, few understand clearly what the Kremlin’s goals were for that failed overseas intervention. He notes that many experts in Russia are now asking “why the Russian leadership sent a military contingent to Syria. Such a question was raised in Trump's arguments between the lines about the role of Russia in the Syrian conflict [зачем руководство РФ послало воинский контингент в Сирию. Такой вопрос между строк прозвучал и в рассуждениях Трампа о роли России в сирийском конфликте.].” Still, Muchin is not completely buying what Trump is selling, concluding that this is not likely a sincere reflection by Trump, so much as “information warfare.” According to Muchin, Washington seems less interested in the future of Syria and more in countering Moscow’s plans. He assesses rather candidly, “It’s depressing that few of the prerequisites for Russia’s successful realization of its plans in Syria” have been achieved.

This Russian analysis contends that the Americans are not really leaving and they, moreover, will not allow the Syrian government to get hold of oil fields further south. But the United States was willing to turn over the former capital of ISIS, he suggests. As for that city of Rakka, Muchin says the Americans turned it into rubble and just now gave it over to the Russians. “Restore it to health with your resources [восстанавливайте на здоровье, тратьте свои ресурсы],” he said. This analysis is not particularly bullish on the military situation from Moscow’s point of view. Implying that Russian forces in Syria are already stretched to the limit, the Russian strategist explains: “After the US withdrawal, Syrian government forces will have to control a much larger territory. This means that the danger of military clashes with Turkish troops and IS gangs will also increase.” He notes, moreover, that Russian forces are confronted simultaneously by a rear area that is insecure. The Russian airbase near Latakia, for example, “is regularly bombarded by militants [регулярно обстреливают боевики],” Muchin explains.

Muchin appears to lament that it is far too early to speak of returning to “peaceful life” in Syria. The resolution of the political problems in the country has not even begun, he observes. Also, some “local victories” do not count for much. In the end, the author is forced to admit that Trump’s analogy is uncomfortably accurate: “The situation does indeed remind one of Afghanistan [Ситуация действительно напоминает Афганистан],” when the Red Army attempted to defend Kabul from its internal opponents, and thus became bogged down in a military quagmire.

Even putting aside the many declarations of Russian victory in Western newspapers, there are some additional obvious problems with the critique of the president’s order for withdrawal, not least that Americans have continued to get killed in Syria with some regularity. There is that other issue that Turkey constitutes a major NATO ally of no small geopolitical heft. This is not Montenegro. This is Turkey, and arguably there is no more important country for the future of the Middle East and its relationship with the West. Therefore, Turkey’s interests should be taken very seriously, indeed. Let’s not forget that Ankara was against Washington’s 2003 Iraq War. Consequently, the regional tumult and genuine catastrophe that has befallen the area since that conflict can hardly be blamed on the Turks.

To the contrary, Turkey has sheltered millions of refugees. Thus, Turkey deserves America’s thanks and not its scorn. That vital country has paid dearly for U.S. missteps in the Middle East since 2001. If Turkey emerges as a hostile, nuclear-armed state outside of NATO a decade hence, then people will know that the U.S. foreign-policy establishment, with its endless “moral rectitude,” is to blame.

As to ISIS, the extremist group was always comprised of a bunch of youthful thugs in pick-up trucks. Ideally, Washington would have let this rabble try to rule its little khanate—the better to prove its cruelty, ineptitude and the poverty of its ideology. Alternatively, the U.S. military could have wiped out the terrorist group in a couple of weeks, but Washington did not like the “optics” of yet another large-scale intervention in the Middle East. So, the United States chose to hire and cajole locals for the job.

Putting aside that the much-ballyhooed “victorious conflict,” which seems to have erupted over the killing of an American journalist—an apparently sacrosanct red line if there ever was one—the war against ISIS had no serious basis in either international law or in domestic U.S. law. For those quaint and few Americans who take the Constitution seriously, Congress is supposed to declare war in such situations but it hasn’t done so since 1941. Additionally, there is the fact that the “war” took more than a few civilian lives and left a highly uncertain legacy for survivors, including the children.

As for the Kurds, their plight is sad, for sure, but the blame mostly rests in the repeated occurrence of “bad friend syndrome,” wherein various American representatives (and their pundit pals) deluded them into thinking that—along with chests of arms and cash—Uncle Sam would also proffer up new, semi-permanent security commitments to vulnerable stateless people in obscure parts of the Middle East. That is manifestly not the case. Their tale of woe is one of many sad circumstances that exist in the Middle East.