Did Russia Tip the 2016 Election to Donald Trump? 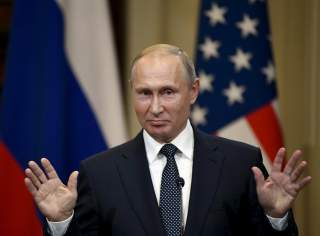 Did Russia tip the 2016 election to Donald Trump? In a recent article titled, “Yes, Russian Election Sabotage Helped Trump Win,” the veteran Washington columnist Al Hunt wrote, “Contrary to the claims of most Republicans, there’s already a serious circumstantial case for the strong impact of Russian interference.” He added, “And now a number of experts familiar with the issue have come to believe that Russia did make a difference for Trump.” He cited NBC News, Obama-era intelligence kingpin James Clapper, and “powerful academic support” from an anti-Trump professor.

That professor has an upcoming book titled “Cyberwar: How Russian Hackers and Trolls Helped Elect a President.” She is joined daily in these assertions by journalists and commentators on the left, who increasingly characterize as fact that Russia “hacked” American democracy.

What we actually know about Russia’s effort to influence the 2016 election cycle is that it appears to have been picayune. According to Mueller’s February indictment of alleged Russians operatives, they had a peak social-media budget of just 73 million rubles per month: the equivalent of 1.25 million dollars at the time—less than half of what the recent winner of the San Francisco’s mayor’s race spent on her campaign. What’s more, other researchers have noted Moscow also directed efforts at Trump and others, including social-media posts supporting Black Lives Matter and anti-Trump protests.

Facebook itself said Russian operatives spent a much smaller number than Mueller’s indictment alleges: less than $100,000. In comparison, Facebook asserted that Trump and Clinton spent $81 million on Facebook ads alone, and that amount did not cover spending by third parties. Trump’s digital director separately said that the Trump campaign alone spent more than $100 million on Facebook. The better funded Clinton campaign probably had an even larger social media budget

In other words, Russia’s digital activities were the proverbial drop in the ocean. Whether Moscow arranged for $100,000 to be spent as Facebook estimated, or the higher Mueller figure of $1.25 million per month, it is something of a stretch to maintain that it had a material impact on a presidential campaign in which more than $1.5 billion was expended overall by the two major candidates—especially when one considers that the two dominant American political parties were likely considerably  more capable in their ability to target key voters.

It’s also worth putting Moscow’s budget in perspective by comparing it to other international political warfare activities. Back when there was a war of ideas between the United States and the Soviet Union, Moscow devoted real resources to what were known as “Soviet active measures,” which ranged from pro-Moscow news broadcasts to covertly funding of peace groups in the West, especially those opposed to the deployment of U.S. nuclear weapons in Europe. The CIA’s deputy director later testified to Congress that Moscow spent $3–4 billion in 1982 alone on active measures intended to influence the West’s political systems. Adjusted for inflation, that would amount to 8–10 billion in current dollars. How Moscow’s political warriors must long for the good old days. Today, their flagship network, RT (formerly Russia Today), has a worldwide distribution budget of $190 million, according to a 2017 report by the U.S. director of national intelligence.

Their counterparts in Washington have fared better since the end of the Cold War, especially news services aimed at Moscow that are funded by the U.S. government. Radio Free Europe has a budget of $100 million this year. It even launched a new 24/7 Russian-language news network named “Current Time” last year. The government also gave the Voice of America $14 million this year for its various Eurasian services. Uncle Sam will dole out $170 million to the National Endowment for Democracy in 2018. The organization’s report on its 2017 activities indicates it spent $6.3 million over ninety programs to influence the political and information environments in Russia.

Or course, there is no moral equivalence between Moscow’s political-warfare activities and ours. Our information operations center around surrogate news broadcasting and emphasize the truth. Moscow’s efforts don’t shy from deception. U.S.-backed political party-building activities focus on supporting liberals; Russia’s fund recipients largely based on loyalty to Moscow.

The bottom line is that it remains dubious that Moscow’s actions any real impact on the 2016 election or our politics. Progressives want to believe otherwise, but they are only deluding themselves—and failing to understand the lessons of 2016 that they will need to learn if they expect to govern again.