Did We Bomb Libya to Keep the Arab Spring Going? 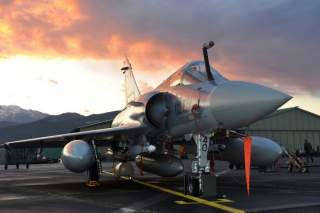 America is naturally a status quo power in international affairs. The current international order is of great benefit to us—no surprise there, as we’ve played the dominant role in shaping it. The international trade regime has been very profitable to us, and broadly rules-based international politics promote stability while hindering the emergence of rival empires. All this is not to say we ought to be reactionary in the current order’s defense, like Saudi Arabia or Czarist Russia, ready to stand on the throat of change wherever it may emerge. Part of our international appeal derives from the perception that we’re usually on the side of freedom. Yet reform, not revolution, should be our watchword; preserving our position should be our highest goal.

Our foreign-policy establishment doesn’t always share this view. That was on display at times in America’s response to the biggest recent shift in the international order—the Arab Spring. Though Washington was generally slow-moving and cautious throughout the Spring, at a few key moments, it took steps that put fuel on the fire.

Were those steps intentional? In testimony last Thursday before the House Committee on Oversight, terrorism expert Daveed Gartenstein-Ross suggested that the Obama administration’s 2011 decision to intervene in Libya was influenced by a desire to keep the revolutions going. The administration, says Gartenstein-Ross, was initially wary of involvement. Yet as the international clamor to stop Qaddafi’s swift advance toward the revolution’s nexus in the eastern city of Benghazi grew, two lines of argument for American action became prominent. The first was a worry that Qaddafi would commit horrific crimes against humanity if he entered Benghazi. (That was, after all, exactly what Qaddafi had said he’d do.) The second argument was more strategic. Gartenstein-Ross quotes RAND Corporation political scientist Christopher S. Chivvis’ study of the intervention, Toppling Qaddafi:

[The argument was] enmeshed in a wider calculus about the Arab Spring: that decisive support for the revolution would vividly demonstrate that the United States supported the uprisings across the region and could thereby deter other regional leaders from crushing legitimate civilian protests by force....Not acting in Libya, in other words, would put the United States on the wrong side of history, encourage other Arab leaders to choose violent repression over peaceful reform, and could reverse a democratic surge expected to be in the U.S. interest in the long haul.

“There was a real feeling at the time,” writes Gartenstein-Ross, “that the changes sweeping the region might be reversed if Qaddafi’s advance on Benghazi were not stopped.” Staying out, by that logic, would lead to the rapid onset of an Arab Winter. The region would be at least as unfree as it had been before the revolts, but the public, having tasted freedom and then had it violently ripped away, would only resent the lash more—an explosive mix, especially if America had been “on the wrong side of history.” But that approach has major drawbacks, says Gartenstein-Ross:

NATO’s intervention came at a time when there had already been wrenching changes in the region for which it was difficult to predict the challenges that would inevitably arise...So the choice to intervene represented not just a decision to stop Qaddafi’s advance on Benghazi, but also to speed up the pace of change at a time when the U.S. already had deep questions about what regional events would mean for its interests, and how to respond.

Gartenstein-Ross then lays out the costs that this acceleration of the revolution has had for U.S. interests. The civil war given new life by the intervention didn’t just remove Qaddafi, but “destroyed the old structures of Qaddafi’s government,” deepening the internal rifts that have always divided Libya. The country is now a violent mess. Its oil exports have dwindled and its deserts have become training grounds for extremists. And “the intervention has had a destabilizing effect on Libya’s immediate neighbors,” with arms flowing from Libya into Tunisia, Egypt, and Syria. It “significantly contribut[ed] to a jihadist takeover of north Mali that would prompt another intervention, this time by France.”

Gartenstein-Ross’s assessment of the intervention thus makes grim reading, especially for those who accepted the administration’s twin arguments for intervention. On the humanitarian front, “it is not clear that lives were saved on the whole.” And that “democratic surge expected to be in the U.S. interest in the long haul”? We’d be hard-pressed to find evidence of it. Egypt begs for the return of the Mubarakist jackboot, albeit on a new general’s foot. Its largest opposition force has been driven from the public square in a bloody crackdown backed by a groundswell of popular fanaticism. The small liberal and secular movements that America liked most are on the chopping block, too. In the broader Middle East, Syria is not even a country anymore, Iraq is getting worse, the Gulf states are about how they always were, Algeria’s aging president was just wheeled out for his fourth term, and Lebanon is still Lebanon. There have been modest reforms in Jordan and Morocco, but these were not states we really wanted to change. Only Tunisia has progressed—and, Gartenstein-Ross suggests, the mess we played a part in creating in Libya is one of the biggest threats to that progress. And far from undermining Al Qaeda, the revolutions have left the movement stronger than ever.

All this illustrates the danger of promoting rapid change under the expectation that it will lead toward progress. Revolutions, across history, don’t always proceed logically. The people who start them often don’t end up at the top of the heap; other forces, often nasty ones, can take advantage of the chaos. The French revolution led to the guillotine and decades of unrest; the Russian revolution, to the Bolsheviks and the Red Terror. Many of the leftists who backed the overthrow of the Shah in Iran found themselves at the end of a rope. The young liberals who fought Mubarak in Egypt haven’t found tolerance under any of the various governments that have followed the revolution.

The geopolitics of revolution are similarly unpredictable, as America has discovered in the wake of the Arab Spring. But few in Washington want to hear the sort of analysis Gartenstein-Ross and others have offered. Far too many are content to look back on the Libya intervention as a brief, cheap war for a just cause, and to close the book there. There was, as Chivvers put it, a “wrong side of history,” and America’s war on Qaddafi put it on the right side of history. Yet the events that have followed the war should lead us to wonder whether history has sides at all. Perhaps history does not advance. Perhaps history merely happens—or, in Libya’s case, happens to.

John Allen Gay is an assistant managing editor at The National Interest and the coauthor ofWar with Iran: Political, Military, and Economic Consequences (Rowman & Littlefield, 2013). He tweets at @JohnAllenGay.