Is Diego Garcia at Risk of Slipping from Washington's Grasp? 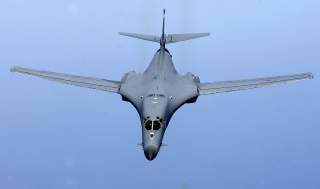 On June 22, 2017, the UN General Assembly voted 94-15 (sixty-five abstentions) to ask the International Court of Justice to issue an advisory opinion on whether the UK had lawfully adhered to the process of decolonization when it detached the Chagos Archipelago from Mauritius in the 1960s. U.S. newspapers mostly ignored this news; hopefully Pentagon planners took note. The timing of this action—which could be viewed as delegitimating the U.S. presence on Diego Garcia, the largest island in the Chagos Archipelago—is not good for the United States. The country has been deepening its defense relations with India and devoting more strategic attention to the Indian Ocean from a security and economic perspective. Approximately 70 percent of the world’s crude oil and 50 percent of the world’s container traffic moves through the Indian Ocean.

The U.S. facility on the island of Diego Garcia is the strategic anchor for the U.S. defense presence in South Asia, the Middle East, and the Pacific region, according to Andrew Erickson from the Naval War College. Diego Garcia could not be more strategically placed because of its unique geography and its relative isolation to areas of conflict. Since 1966, the island has been a secure venue for a number of very important U.S. defense activities.

Technically an atoll, Diego Garcia is under British administrative control. It has an area of roughly sixty-five square miles, yet it offers protected anchorage to U.S. Defense Department maritime prepositioning vessels, repair vessels, refueling facilities and two parallel twelve-thousand-foot runways capable of handling long-range aircraft. The naval base piers are capable of handling U.S. aircraft carriers as well as smaller ships. The location enables long-range bombers, for example, to strike targets in Afghanistan, North Africa, the Persian Gulf and Red Sea, most of Southeast Asia and the Taiwan Strait and return to safety. It is also a safe place for resupply, rearming and repair of submarines and other Navy ships. It has been homeport (and frequent visitor) of deep-draft submarine tenders.

Diego Garcia’s strategic importance cannot be overstated because the Defense Department has, in general, been gradually reducing its overseas presence throughout the world. The U.S. Navy’s Naval Communication Station Harold E. Holt (in western Australia) has provided some rough equivalence in terms of location, isolation, expandability and a friendly host government, but the U.S. Navy left its communication and pier facilities in the mid 1990s. Some contract operations remain but the base has been significantly scaled back from what it once was. With the possible exception of the Defense Department’s presence in Djibouti on the Gulf of Aden (which has access to an airhead and port facilities), there are no facilities on the West Coast of Africa or offshore capable of logistically or politically providing the same sort of base to safely sustain and launch combat operations in multiple theaters of operation. Those who argue that the Defense Department can gain access to suitable replacement facilities underestimate the difficulty it has obtaining access to a foreign territory where it can conduct freedom-to-launch offensive operations, expand facilities or bring in whatever military equipment is necessary to meet operational demands.

History and Legal Basis for the U.S. Presence

Diego Garcia owes its name to a Portuguese navigator who discovered the uninhabited atoll in 1532. The modern history begins in the late eighteenth century, which is when slaves from Africa settled on the archipelago to work on Franco-Mauritian coconut plantations. France administered the archipelago as a dependency known as Ile de France until the British captured the territory in 1812 and renamed it Mauritius. France ceded its rights in 1814 to Great Britain, which has administered it ever since first as a Dependency of Mauritius and later as the British Indian Ocean Territory. The freed slaves and indentured laborers from India lived together as a diverse mix of peoples with their own language, Chagos Kreol. The population was mostly involved in the production of coconut oil.

“That beautiful atoll of Diego Garcia, right in the middle of the ocean,” is how Stuart Barber described the island in the late 1950s. A civilian working for the U.S. Navy, Barber recognized that the location of the island was ideal as a logistics base and for contingency operations in the Indian Ocean and elsewhere. Diego Garcia offered great security benefits since there were few—if any—local inhabitants to protest the military presence and the remote location made it inaccessible to outsiders who might come by boat to disrupt operations. Presidents Kennedy and Johnson pressed the UK for rights to a shared facility on the island and commenced negotiations to “detach” the entire Chagos Archipelago from Mauritius. Since the UK’s Indian Ocean territories were approaching independence, London sought complete detachment of the Chagos; however, the colonial representatives of Mauritius pushed for a lease arrangement in which Mauritius would retain rights to access the Archipelago’s waters for fishing, oil and gas, and emergency landing. Mauritius and the UK agreed to let Mauritius obtain emergency landing and resource rights, but they also reportedly agreed to the UK retaining sovereignty and making Diego Garcia available to the U.S. military. Mauritius received a cash payment to relinquish its claim; however, sources differ on the actual amount received—between $3 million and $8.4 million.

The U.S. presence on Diego Garcia is based on a long-term lease with the United Kingdom. The original fifty-year lease commenced in 1966 and expired in 2016. It was a no-cost lease except that the United States did reportedly waive certain costs associated with the UK’s purchase of sea-launched ballistic missiles from the United States. The two countries agreed on the original lease two years before Mauritius was granted independence from the UK in 1968.

At the time of the detachment of the Chagos from colonial Mauritius in 1965, there were, according to the Arbitration records, roughly 1,500 people living on Diego Garcia. Both the UK and United States believed that the copra plantations on Diego Garcia and the three other islands had to be closed and the islanders were driven out and settled in Mauritius and Seychelles. The UK government paid an initial sum of $650,000 pounds for resettlement costs and agreed to establish a resettlement fund of $4 million pounds to pay for the long-term needs of the former residents.

Much to the chagrin of those who were displaced by the UK to make way for the U.S. base and others who wanted a say on the matter, the UK extended the U.S. lease to Diego Garcia from 2016 to 2036. As a practical matter, so long as the United States sits on the island, Chagossians are practically precluded from returning because of the way that the lease is interpreted.

Renewal of the lease is not the only contentious issue. In 1998, the former Chagos residents sought judicial review of their expulsion in the UK courts. They both sought return rights and compensation for being unlawfully ejected. In 2000, a divisional court in the UK ruled that the ordinance expelling the Chagossians was unlawful. Based on this decision, the UK government conducted a study which, in essence, concluded that the return of the Chagossians would be cost prohibitive and living conditions were not suitable. The results of this study were contested in subsequent legal actions.

The Chagossians who emigrated to the UK, gained British citizenship in 2002 and now have a one-thousand-strong community in Sussex. They are still seeking to return home and have become symbols of the victims of big-power politics. Their story is told in A Few Man Fridays, a play written and directed by Adrian Jackson, an artistic director who makes theater championing the displaced and homeless. Even though public opinion in the UK views the Chagossian episode with great sympathy, the UK Supreme Court still dismissed the case by Chagos islanders who sought damages and reinstatement rights in June of 2016.

The UK and, by extension, the United States were separately confronted by the Mauritius government in an international arbitration convened pursuant to the UN Law of the Sea Convention (UNCLOS). Mauritius sought to enforce terms of their agreement with the UK when Diego Garcia was “detached” from Mauritius to create a pathway for a Chagossian return to the island. That so-called “Lancaster House” agreement of 1965 promised that the Chagos Archipelago waters would be available to Mauritius for fishing and other economic activities, including mineral and oil prospecting, but did not envision any extraction licenses being issued. Contemporaneous diplomatic communications between Mauritian authorities and the UK indicate that the UK would retain sovereignty over the islands. But retention of sovereignty was conditioned on a commitment that the islands would be returned to Mauritius when the territories were no longer needed for defense purposes (in the sole discretion of the UK).

In the arbitration, Mauritius specially challenged the UK’s declaration of a marine-protected area (MPA) off all waters around the Chagos because the UK did this without first consulting Mauritius. The practical effect of the MPA is that waters around Diego Garcia would become off limits; especially to fishing inside of the two hundred nautical miles exclusive economic zone that surrounds the Chagos islands. Mauritius argued that it had resource rights to the waters and the MPA affected those rights. Therefore, the UK could not take such actions unilaterally.