The Difficulty of Navigating Nuclear Diplomacy with North Korea and Iran 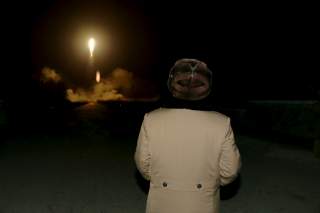 North Korea and Iran represent significantly different nuclear-related challenges. The biggest difference is that North Korea has nuclear weapons. Iran doesn’t. If North Korea really were to become no longer a nuclear threat, as Donald Trump recklessly declared upon returning to Washington after the summit meeting in Singapore, then this would require Pyongyang dismantling an existing nuclear arsenal. With Iran, the task instead has been to close all possible pathways to development of an Iranian nuclear weapon and to ensure through comprehensive monitoring and inspection that Iran’s nuclear program remains peaceful. Accomplishment of that task is what the Joint Comprehensive Plan of Action (JCPOA), otherwise known as the Iran nuclear deal, has been all about.

There are other possibly relevant differences, such as the nature of the two regimes. Iran has a popularly elected president and parliament and, notwithstanding the less democratic aspects of its political system, has real politics in which policies and ideologies are contested both openly and within the regime. By contrast, North Korea is a family-ruled thugocracy that currently is the most totalitarian state in the world.

It is difficult to assess the net effect of the internal political differences on nuclear diplomacy. Generally it is easier to strike a deal with a single dictator who calls all the shots than to bargain with representatives of a more divided regime with its own bureaucratic politics. Inducing a regime that possesses nuclear weapons to give up that arsenal, however, can be expected to pose a bigger challenge than ensuring that a nonnuclear-weapons state stays that way. A fair-minded observer who strips away the rhetoric and concentrates on the facts of each situation might be hesitant to use what has been done with Iran as a standard for assessing what is being done with North Korea, and vice versa.

But Trump, through his own rhetoric and that of others who have been intent on destroying the JCPOA, has forfeited any such benefit of the doubt. By repeatedly asserting that a “better deal” was possible with Iran and claiming superior prowess in striking deals with anyone about anything, Trump not only permits but invites comparisons between what he accomplishes on North Korea and what his predecessor accomplished on Iran. The many attacks that he and others have made on the JCPOA, regardless of how untrue or invalid those attacks have been, provide standards for assessing whatever Trump does with North Korea.

Fairness also requires recognition that any significant progress toward making North Korea no longer a nuclear threat will take a long time, with the meeting in Singapore being at best only a single step in any such process. But it is not too soon to start making comparisons. Indeed, one of the most frequently voiced attacks against the JCPOA has concerned the up-front sequencing of events—of when each side made or implemented its initial concessions. Trump’s own previous secretary of state joined in this attack when he asserted, “They [the Iranians] got the immediate lifting of the sanctions before they ever had to deliver on anything.”

That assertion is false. The first concessions of any sort during the diplomatic process that led to the JCPOA came with an interim agreement, the Joint Plan of Action, reached in 2013 when the final agreement was still many months of hard negotiations away. Under this preliminary accord, Iran had to blend down or convert to oxide all its uranium that had been enriched beyond five percent, to take most of its enrichment centrifuges offline, to admit international inspectors for continuous monitoring of its most important nuclear facilities, and to take several other steps to restrict its program. The small concessions it got in return included removal of some sanctions on its auto industry and the ability to buy spare parts for its decrepit civilian airliner fleet. The sequence of implementation of the final JCPOA was heavily skewed against Iran, which had to dispose of 98 percent of its enriched uranium, fill a nuclear reactor with concrete, and take almost all the other significant steps it was required to take under the agreement to close any possible pathway to a bomb—and have this all certified by international inspectors—before it got an ounce of additional sanctions relief.

How does this compare with the picture of initial concessions in Trump’s dealings with North Korea? As many commentators have noted after the Singapore meeting, Pyongyang hasn’t conceded anything yet, let alone implemented a concession other than the return of some of what it says (yet to be confirmed) are remains of soldiers killed in the Korean War. In the short and sketchy joint statement, Kim Jong-un merely reaffirmed a vague commitment to denuclearization—however defined—that his regime had asserted many times before. The big up-front concession was by the United States. That concession was the meeting itself. Not only a meeting, but a meeting with all the flags and finery, the friendly pats and warm words, that went well beyond the bare minimum of summitry in symbolically bestowing legitimacy on Kim’s thugocracy. The meeting, and Kim’s treatment as an equal of the president of the United States, demonstrated the success of Kim’s strategy of using rapid development of nuclear weapons and long-range missiles as a key to getting attention and getting such treatment. The current pause in North Korea’s testing of weapons is not a concession; it is a mark of having arrived, and, as Kim himself has said, of his program’s success.

Note the contrast with the protocol aspects of negotiating the JCPOA. In the arduous diplomatic process that produced that agreement, the most intense interaction between high-level U.S. and Iranian officials consisted not of a cordial made-for-TV encounter but instead of shouting matches—during especially difficult points in the bargaining—behind closed doors between the U.S. secretary of state and the Iranian foreign minister. The closest thing to a summit meeting was a phone call between Barack Obama and Hassan Rouhani while the latter was in a car on his way to the airport after participating in the United Nations General Assembly.

After the Singapore meeting, Trump revealed another U.S. concession, which was that he promised—evidently to the surprise of both South Korea and his own Department of Defense—to end joint U.S.-South Korean war games. This was significant partly for being unmatched by anything equivalent from North Korea. What Trump stated was a promise by Kim to disable a missile testing site says no more about North Korea’s ability to continue to develop and test weapons than did an earlier staged-for-journalists explosion at a nuclear test site. The latest press reports about the North Koreans’ weapons work is that they continue to produce missiles with intercontinental range.

The concession about war games also is significant in going beyond nuclear weapons or nuclear-related sanctions, which leads to another interesting comparison with the JCPOA. The enemies of that agreement have repeatedly castigated it for not addressing nonnuclear issues, including what is routinely labeled as “nefarious” Iranian behavior internationally. That castigation ignores how if each side had loaded up the agenda with its other grievances, the agenda would have become unworkable and no restriction on the Iranian nuclear program ever could have been negotiated. With a more expansive agenda, Iran surely would have included the issue of U.S. military activity in Iran’s backyard. Such inclusion would have been at least as legitimate as the inclusion of many other grievances by any of the parties, given a history that has included U.S. warships shooting down a civilian Iranian airliner and U.S. Navy craft more recently entering Iranian territorial waters. But nonnuclear issues were not included in the JCPOA negotiations, and—unlike what Trump said he just did—the United States made no concessions to Iran restricting any U.S. military activities, including ones in Iran’s backyard.

Meanwhile, back in Singapore—and notwithstanding all that criticism of the JCPOA about not addressing other Iranian activity—the joint statement from Trump and Kim gave no hint of addressing nonnuclear North Korean activity, beyond a joint commitment to recover POW/MIA remains. Nothing was said not only about ballistic missiles (and North Korean missiles, unlike Iranian ones, can reach U.S. territory), but also about North Korea’s overseas assassinations, kidnapping of Japanese citizens, counterfeiting of U.S. currency, or other current or recent past North Korean actions that would warrant the adjective nefarious.

So far, therefore, the comparison between the nuclear diplomacy with Iran and the current version with North Korea puts the former in a good light and makes the latter look disappointing. Those with an interest in curbing the dangers of proliferating nuclear weapons should hope that the North Korea picture will improve with time. But whether it does or not, the process has put into perspective how badly mistaken was the current administration’s impetuous trashing of the JCPOA.