Diplomacy Can Still Avert War with Russia in Europe 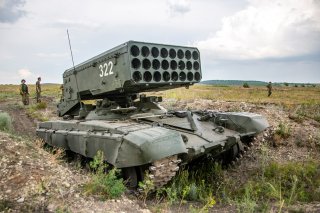 Since the talks two weeks ago between Russia and the United States and its European allies ended in an impasse, American commentators have dwelt on Russia’s continuing military buildup along Ukraine’s borders. The images are certainly alarming but focusing on them apart from the political context has produced one-dimensional sensationalism that shortchanges the prospects for a diplomatic resolution of the crisis.

Most analyses contain two conclusions. The first is that the Russian military juggernaut has acquired a momentum that is unstoppable. Second, that President Vladimir Putin has overplayed his hand and must attack Ukraine or come away looking weak. Both are wrong. We believe that a war can still be averted by adroit diplomacy.

Russian strategists are keen students of Carl von Clausewitz, the German theoretician of war known for his famous observation that “war is the continuation of politics by other means.” The display and use of force are means to advance political goals; war is not an end in itself. So far, Putin has followed the Clausewitzian playbook, deftly.

Putin has engaged in a massive military buildup around Ukraine to advance his political goal: halting, if not reversing, NATO’s eastward expansion. That forced the Biden administration to agree to talks on European security in Geneva. After they ended in an impasse, Russia continued massing troops, and Secretary of State Antony Blinken requested a meeting with Sergei Lavrov, his Russian counterpart, which occurred last Friday. The United States reconsidered its refusal to offer a written response to Russian demands and will do so this week. There will then be another Blinken-Lavrov meeting soon thereafter, and perhaps another (virtual) summit between President Joe Biden and Putin.

Moreover, Western unity has frayed. French president Emmanuel Macron called for Europe to develop its own strategy for dialogue with Russia. Though its implementation would be coordinated with NATO, it was scarcely a vote of confidence in the West’s current course. The new German government denied the United Kingdom the use of its airspace to deliver weapons to Ukraine and blocked the Baltic states from sending Ukraine weapons of German origin. During her visit to Russia, German foreign minister Annalena Baerbock, whose reservations about the Nord Stream II pipeline are no secret, noticeably avoided a threat to cancel the project if Russia attacked Ukraine. Putin has reason to doubt that the West will impose “devastating” sanctions if he decides to invade Ukraine, not least because truly devastating economic penalties will involve costs to the West as well.

Why would Putin negate the gains he has made by starting a war—and uniting the West—before seeing whether he can get most, if not all, of what he seeks through diplomacy? Putin might be a gambler, but he is not a reckless one. His previous military moves abroad—Ukraine 2014-15, Syria since 2015, and Kazakhstan recently—show that he calculates the odds and tailors his moves.

For now, Putin has the advantage and hence no need to rush to war.

The Biden administration’s challenge is to seize the initiative using the diplomatic track. It should of course continue to threaten sanctions against Russia, shore up NATO’s unity, and provide Ukraine with arms—it cannot wish away the 100,000 or so Russian troops deployed around Ukraine. Putin prefers a diplomatic win, but he will go the military route if that outcome proves elusive. Deterrence has to be the backdrop to diplomacy.

On the diplomatic front, the Biden administration should take two new steps. It must be willing to talk to Russia directly about matters that concern Europeans and Ukrainians. Yes, it should consult closely with them, but the realities of power dictate that only the United States and Russia have the military might to alter the European balance of power. They are, therefore, the ones who must forge the compromises required to prevent a war.

As a second step, the administration must face the issue of NATO expansion head-on because halting it is Russia’s principal demand. Bromides about a country’s right to choose its allies won’t change the military equation, which overwhelmingly favors Russia. Keeping that in mind does not require caving to Russia. NATO has no plans to admit Ukraine into its ranks anytime soon, and that leaves room for a moratorium on NATO expansion for a period that is long enough for Russia to say that, for all practical purposes, it achieved its objectives. But the moratorium must be short enough so that the United States can credibly claim the alliance’s door hasn’t been shut forever. There may be other ways to reach this outcome, but the basic idea is that the United States should place the onus on Russia for spurning a reasonable compromise and choosing war instead.

This solution will be denounced as pusillanimous by those who still entertain illusions of a “unipolar moment,” harp on Russia’s weakness, decry its blustering, or invoke inviolable global norms that are supposedly sacrosanct—no matter that the United States has violated several of them over the last twenty years. But here’s the reality that opponents of compromise cannot avoid: Russia is no longer the weak country it was when the United States embarked on NATO expansion in the 1990s. Its modernized military is the most powerful in Europe, which means that Russian interests cannot be dismissed as they were back then.

Those who invoke Neville Chamberlain and warn against appeasement must, therefore, answer two basic questions: Is a compromise along the lines we have suggested worth making if it averts a war that will prove disastrous, above all for Ukraine? If not, will they do whatever is necessary to protect Ukraine if diplomacy fails, a war begins, and Ukraine faces certain defeat? So far, opponents of a diplomatic resolution have avoided both questions by relying on rhetorical flourishes.

That will no longer do. It’s time for hard choices. War is not imminent, but it cannot be ruled out either.

Thomas Graham, a distinguished fellow at the Council on Foreign Relations, was the senior director for Russia on the National Security Council staff during the George W. Bush administration.

Rajan Menon is the Director of the grand strategy program at Defense Priorities (Washington, DC) and a Senior Fellow at the Saltzman Institute of War and Peace Studies at Columbia University.