Do the New AUMF's Limits Matter? 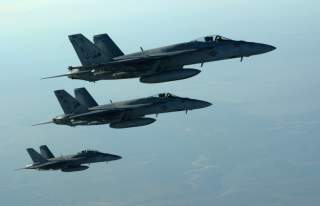 On August 8, 2014, the United States began conducting military operations against the Islamic State. Today, just over six months later, the Obama administration sent its proposed draft text for an Authorization for Use of Military Force (AUMF) against the group to Congress. Here are the main elements of the White House’s proposal:

—It authorizes force against the Islamic State and its “associated persons or forces,” defined as “individuals and organizations fighting for, on behalf of, or alongside ISIL or any closely-related successor entity in hostilities against the United States or its coalition partners.”

—The authorization will sunset three years from the date of its enactment.

—It has no geographic limitations.

—It would repeal the 2002 AUMF that authorized the Iraq War. However, the 2001 AUMF, the legal basis for the broader “war on terror,” would not be affected.

—Finally, there is one limitation on the type of force that the president may use under the resolution. The authorization states that it “does not authorize the use of the United States Armed Forces in enduring offensive ground combat operations.”

This last clause is the one that has gotten the most attention in the early press coverage. As Politico reported, some congressional Democrats want the authorization to contain tighter restrictions on ground troops, while some Republicans would rather see none at all. The political challenge for those trying to pass the new AUMF will be to convince Republicans that it gives the president enough leeway to carry out the mission against the Islamic State, while persuading Democrats that it will not open up “a loophole that could lead to another major war,” as Senator Dick Durbin worried. But it seems likely that something similar to the current draft text will ultimately be passed and signed into law.

As Congress debates this resolution, however, it’s worth stepping back and remembering just how weird this whole process has been. The United States has already been using military force in Iraq and Syria for over six months, under a combination of authorities from the 2001 and 2002 AUMFs and the president’s inherent power as commander in chief. In his transmittal letter to Congress that accompanied this new proposal, Obama made clear once again that he does not believe that a new AUMF is legally necessary in order to continue the campaign against the Islamic State, saying that “existing statutes provide me with the authority I need to take these actions.” If Congress votes “no” on an AUMF against the Islamic State, or doesn’t vote on it at all, there is still every reason to believe that military operations in Iraq and Syria will continue. Congress isn’t really voting on whether to go to war with the Islamic State; rather, it will vote on whether or not to retroactively endorse a war that the White House has already started.

Then there is the question of how the new AUMF will relate to the 2001 legislation. Assuming that the 2001 law remains in place—which it would, under this proposal—it has the potential to make the limits in the new AUMF a lot less meaningful. Imagine that President Obama’s successor were to decide in 2017 that he or she wanted to conduct larger ground operations against the Islamic State, or in 2018 that he or she wanted to carry on the war beyond the three-year sunset date even if Congress did not vote to extend that deadline. If the 2001 AUMF is still in effect then, there is still the possibility that the White House could invoke it once again for these purposes. The 2001 AUMF, after all, has neither a sunset date nor any restrictions on the type of force that it allows, and we already know that the White House believes that it serves to authorize military force against the Islamic State. At MSNBC, American University law professor Steve Vladeck makes a similar point, arguing that “leaving the 2001 statute untouched . . . renders an ISIL-specific bill largely beside the point.”

In his transmittal letter, Obama wrote, “Although my proposed AUMF does not address the 2001 AUMF, I remain committed to working with the Congress and the American people to refine, and ultimately repeal, the 2001 AUMF.” He adds that the new AUMF “could serve as a model for how we can work together to tailor the authorities granted by the 2001 AUMF.” Observers should take these words with several large doses of salt. The president originally made the pledge to “refine, and ultimately repeal” the 2001 law in his May 2013 speech at the National Defense University. In the twenty-one months since that speech, the Obama administration has not taken a single step toward revising the law. There is no good reason to think that it is about to start now.

After the National Defense University address, Benjamin Wittes commented that the speech was an effort on Obama’s part “to align himself as publicly as possible with the critics of the positions his administration is taking without undermining his administration’s operational flexibility in actual fact.” The new AUMF proposal is a master class in that same vein. It asks Congress to vote to grant the president what it describes as a narrowly tailored set of authorities, while promising to engage with Congress at some future date about how to wind down the broader “war on terror.” But the campaign against the Islamic State will continue whether Congress votes for it or not; the White House will retain all of its old authorities under the 2001 AUMF in addition to the new ones; and there is no indication of when, if ever, the administration will pursue its stated goal of narrowing or repealing the 2001 law. If this is restricting executive authority, I’d hate to see what expanding it would look like.