Does the Adriatic Portend Europe’s Future? 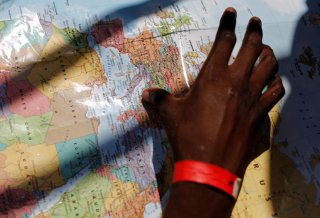 THE CONVICTION that travel is a good thing goes back at least as far as Seneca, who observed, “Travel and change of place impart new vigor to the mind.” G.K. Chesterton would add an important caveat: “They say travel broadens the mind.” But first, he added, “you must have the mind.” James Boswell, who embarked upon a grand tour of Europe in his twenties, had it. So did Benjamin Disraeli when he visited the Middle East as a youth. Then there is the Marquis de Custine, who wrote what is probably the finest account of the Russian Empire. In modern times, however, too many literary travelers set off on their journeys to confirm what they already want to believe, like lawyers in search of fresh evidence to achieve a preconceived verdict.

This is especially true of ideologues with intellectual pretensions whose travel experiences are often little more than international cherry-picking expeditions undertaken to gather selective facts, factoids, and emotional impressions to confirm their existing prejudices and state of mind. T.E. Lawrence’s Seven Pillars of Wisdom is a classic example of an intellectual writing a powerful, sometimes brilliant narrative that, for all its merits, is fatally flawed by its author’s unresolved emotional conflicts, his desperate desire to portray himself as something he is not, and, ultimately, his inability to view his experience of World War I desert warfare and the awakening of modern Arab nationalism with anything approaching objectivity. The result was great travel literature wrapped around a rousing, semi-fictitious adventure yarn, viewed through the cracked emotional lens of Lawrence himself: good reading and bad history.

The truth is that travel can just as easily narrow the mind as broaden it. Much depends on the heft of the traveler’s emotional and ideological baggage. This is probably why the best modern writers in the genre tend to travel light.

Enter Robert Kaplan. Kaplan’s latest book, Adriatic, is a marvelous mix of history, literature, atmospherics, and personal insight all focused on the little world-within-a-world whose shores are lapped by the Adriatic Sea. While only a modest inlet of the Mediterranean, the Adriatic is where East and West meet and intermingle in the Balkans; it is where Greek, Roman, Byzantine, Venetian, Ottoman, Habsburg, and—in the twentieth century—fascist and communist empires clashed and sometimes coexisted amidst mixed populations of Muslims, Jews, and both Eastern and Western Christians. In his subtitle, Kaplan calls it a “Concert of Civilizations,” but, at least so far, the concert has been the uneven work of many different composers, performed by an orchestra with no maestro in evidence. If this complicates Kaplan’s task, it also makes it all the more timely. For the challenges and conflicts that most of our larger world faces today—the rival pulls of regionalism, nationalism, language, religion, ethnicity, and globalization, the blurring of shared strategic interests and loyalties in the post-Cold War era, and the fading of faith in traditional religions and mores—have all been playing out in the Adriatic world for centuries, indeed for millennia.

FROM THE outset, Kaplan makes an eloquent case for exploring foreign societies:

A journey of the mind, the scope of the journey is limitless, encompassing all manner of introspection and concerned with the great debates and issues of our age. The glossy travel magazines, selling pure fantasy as they often do – with photo spreads of delectable fashion models set against backgrounds of Third World splendor – manifest nothing so much as boredom. This has nothing to do with travel. Travel is psychoanalysis that starts in a specific moment of time and space ... Because you stand fully conscious before a moon and a sky that are not exactly like they are in any other place, in any other time, travel is an intensified form of consciousness, and therefore an affirmation of individual existence: that you have an identity even beyond that which the world, your family, and your friends have given you.

His modus operandi is to read deeply, keep his eyes and ears peeled, and weave together strands of the past, present, and future of the places he visits. Perhaps most importantly, he travels to learn rather than to simply confirm, which makes him the ideal guide for readers interested in expanding their understanding rather than reinforcing their assumptions. Key to his approach to travel is that, “you must do so alone!” We see, hear, feel and understand more of what is going on around us in unfamiliar surroundings when we travel alone rather than in a familiar—or familial—cocoon.

Kaplan’s journey begins at Rimini on Italy’s northern Adriatic coast, very much a part of the European past, but now an elegant—if somewhat frayed—period piece, which may explain Kaplan’s almost apologetic opening lines:

The geopolitical map of Europe has moved south, back to the Mediterranean, where Europe borders Africa and the Middle East. The Mediterranean has now begun to achieve a fluid classical coherence, uniting continents. But explaining this will take time. It involves philosophy, poetry, and landscapes before I can get to international relations. So bear with me.

Fair enough. But a little bit of Sigismundo Malatesta, a colorful Italian Renaissance soldier of fortune and slayer of Muslim infidels, and of Ezra Pound, the gifted but crankish and unabashedly fascist American poet who memorialized Malatesta in his Cantos, goes a long way. In this opening chapter, the reader is served overly generous portions of both, relieved by some lucid contemporary context:

But, Kaplan adds, there is also “a sense of poignancy ... It is as though what I am seeing in the streets and the cafés [of Rimini] is already being consigned to the past.” Vladimir Putin’s brutal invasion of Ukraine may have awakened even dozing Rimini. Support for NATO, transatlantic and European Union solidarity, and a new general European awareness of security threats may mean that the somnolence that took hold at the end of the Cold War was more of a catnap than a coma. Russian military aggression—and Chinese economic overreach—may actually be breathing new life into the old framework of what started out as Christendom and gradually morphed into the Free West. Whether this will prove a true turning point or merely a momentary spurt of energy on an irreversible road to decline remains to be seen.

NEXT KAPLAN visits Ravenna, nerve center of the dying Roman Empire in the West, and site of the first significant post-Roman successor state, the viable—though short-lived—“kingdom” headed by a cultivated “barbarian.” The barbarian in question was the Ostrogoth leader Theodoric who, in the words of Procopius, “was a usurper yet in fact he was as truly an emperor as any who have distinguished themselves in this office from the beginning, and love for him among the Goths and Italians grew to be great.” He also won high marks from Edward Gibbon, who extolled “the visible peace and prosperity of ... [Theodoric’s] reign of thirty-three years, the unanimous esteem of his own times, and the memory of his wisdom and courage, justice and humanity...” Theodoric’s achievement did not long survive him but it was an early, “Adriatic” example of how successor states to a dead or dying empire can sometimes preserve and revive some of its finer qualities and govern by some of its better values. In this respect, Theodoric was a sort of Adriatic proto-Charlemagne, anticipating what Charlemagne would later realize on a grander scale in the heart of Europe.

Kaplan’s peregrinations take him, of course, to Venice, where an isolated city-state, surrounded by protective lagoons, and influenced by the cultural and commercial heritage of both Rome and Byzantium, would become the first mercantile republic—a sea-going commercial empire that was really more of a multinational trading company headquartered in Venice but engaged in trade from India to the Middle East to Europe. The Serene Republic, as it called itself, was founded before the Renaissance and survived all the way through the Age of Enlightenment, only to be overrun by a youthful, pre-imperial Napoleon Bonaparte as part of his triumphal Italian campaigns in the 1790s. Venice is followed by Trieste, part of the Habsburg domains—and subsequent Austro-Hungarian Empire—from 1382 to 1918. It is now an Italian city by nationality but with many visible traces of its long Habsburg past everywhere in public buildings, theaters, and a lingering haze of Viennese charm and imperial grandeur of days gone by. This remains true, in varying extents, in towns and cities throughout what was once the Austro-Hungarian Empire, not just its Adriatic coast.