Does America Even Have a Strategy to Defeat ISIS? 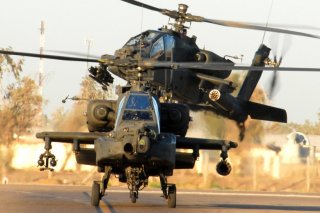 The knock du jour on the Obama administration is that it has no strategy against ISIS. In an inelegant turn of phrase, President Barack Obama said, “we don’t yet have a complete strategy” to combat the terrorist group occupying large swaths of Iraq and Syria. His opponents, from John McCain to a number of Republican presidential hopefuls, unsurprisingly came after him for this. What most missed is that Obama does have a strategy; he laid it out on September 10, 2014 for all to hear (making the criticisms and even the president’s own comments misplaced). The real debate should center on whether the president’s plan is the right strategy and whether the administration’s approach to achieve the strategic objectives is correct.

The first question has been discussed ad nauseam, from the offshore balancers to the most ardent hawks. It’s the second question that is more interesting, and less discussed. Since we know what the administration wants—to “degrade, and ultimately destroy” ISIS—how is the administration doing by this metric? As even the most casual observer knows, it is not going well.

But first: what is a strategy versus an approach? A “strategy” is the roadmap for what gets you from where you are to where you want to go. The president’s September 2014 speech, regardless of its efficacy, was, in fact, a strategy. An “approach” is the way you go about navigating the roadmap. The United States has opted for a combination of military and governance tools, but with much more emphasis on the former.

The administration has relied mostly on airstrikes (despite 75 percent of sorties not dropping bombs) and supporting Iraq’s military and Syrian opposition groups. Based on the administration’s rhetoric, they claim all is well. In an interview, U.S. Deputy Secretary of State Tony Blinken proudly asserted that more than 10,000 ISIS fighters have been killed “since [the] campaign started.” (Blinken did say that, but the number is almost certainly wrong. U.S. Ambassador to Iraq, Stuart E. Jones claims the number is closer to 6,000, and a Pentagon spokesman argues there is no official body count. Also, given that there are between 20,000 to 30,000 ISIS fighters, 10,000 seems extraordinarily high for an unsuccessful campaign.) While an impressive number, Blinken’s statement assumes that the body count is the most important metric of success. And, perhaps, for the administration, killing as many fighters with its own bombs and having local fighters on the ground is the approach it deems best to degrade and destroy the group. Yet, as the fall of Ramadi shows, the approach is not working. The prospects are also dim for the approach working in the future either as Iraqi forces do not have the “will to fight,” the impressive Kurdish forces are outgunned, and with “Iran making it impossible for the United States to beat ISIS.” So, even if the United States’ strategic goal should be to destroy ISIS, the approach the White House is taking is severely lacking.

Add to the administration’s problems its obsessive focus on military matters versus governance issues. The resources given to solving the governance crisis are not nearly as plentiful as those given to the military campaign in the Middle East—the fundamental problem. Worse, the strategic orientation of the governance plan misses its mark. Instead of focusing on both Iraq and Syria, the United States pays most attention to rebuilding the legitimacy of the Iraqi government. Further, that focus takes American attention away from the real issue: effective governance and the provision of services. ISIS, on the other hand, has emphasized its ability to govern and provide services in Iraq and Syria. This is a major problem. If the United States, along with allies and partners, does not help solve the governance problems that allow groups like ISIS to arise in the first place, then even the most effective military campaign will not solve the underlying issues. Indeed, even if somehow the United States killed every member of ISIS, the conditions on the ground would still allow an “ISIS 2” to appear down the road. Thus, the right strategy would include as much—and preferably even more—emphasis on helping with the regional governance crisis instead of conducting a mostly military campaign.

It does not appear that the Obama administration will change its strategy any time soon. In fact, it is doubling down on the current one. It recently announced that it is sending an extra 450 “advisers” to the region and considering “adding bases and troops in Iraq.” Many view these moves, especially the latter one, as a strategic shift to “lily pad” bases in Iraq, as Chairman of the Joint Chiefs of Staff Martin Dempsey stated. But in reality, these are shifts in the approach, meant to help the administration more effectively achieve its previously stated objectives. It shows a realization by Obama’s team that its approach was not working, but this new idea does not indicate any change in the strategic plan. Of course, critics like John McCain still feel “deeply concerned that this new deployment is disconnected from any coherent strategy to defeat” ISIS. It would be fair to say that these moves are too little too late to get what the administration wants, but it cannot be said that they are “disconnected” from the strategy. They are a component of the strategy—it is the approach the administration wishes to take to fulfill the plan. Whether one agrees with the move or not is a different story.

So let us make sure that we are having the right conversation. The administration has a strategy, but it is a bad one and, on top of that, it is not executing it well. After all, ISIS continues to control much of the territory in Iraq and Syria, with no signs of slowing down, and the United States-led coalition is doing nothing to ensure that ISIS, or a group like it, cannot gain strength in the future. If “degrade and destroy” is the American objective, then not much can be said in praise of the way—or the approach—the administration has gone about achieving that goal. But that is much different than claiming the administration has no strategy. I urge the critics—and, oddly, the administration—to stop saying so.