Does America Need an Enemy? 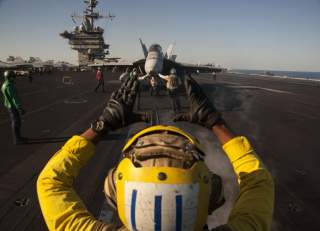 IN THE first century BC, the Roman historian Sallust wrote that the republic had descended into internal strife because of the destruction of its enemy, Carthage, in the Third Punic War. Fear of the enemy, or metus hostilis, produced domestic cohesion. Without an adversary, Romans turned their knives inward: “when the minds of the people were relieved of that dread [of Carthage], wantonness and arrogance naturally arose.”

Something similar may be happening today. There are numerous explanations for the current discord in the United States, ranging from globalization to the splintering of American communities. But one big factor is being largely ignored: the lack of a foreign threat. External threats can unify diverse populations. Psychologists have shown that people quickly form “in-groups” and “out-groups” (us versus them), whether it’s two sports teams going head-to-head or two nations at war. The desire for mutual protection, and sometimes for vengeance, can reduce enmity between in-group members and create a “one-for-all” mind-set.

A threatening rival can also reinforce a sense of national identity. The Harvard political theorist Karl Deutsch described a nation as “a group of people united by a mistaken view about the past and a hatred of their neighbors.” According to the political scientist Clinton Rossiter, “There is nothing like an enemy, or simply a neighbor seen as unpleasantly different in political values and social arrangements, to speed a nation along the course of self-identification or put it back on course whenever it strays.”

The role of foreign peril in cultivating a sense of national identity may be especially important in the United States. American self-identity is not based on an ancient shared heritage, but rather on a set of political ideals: the creed of individual rights and democracy. This is a fragile basis for unity in a continent-sized country populated by huddled masses from all over the world. The existence of the other may be essential to shore up American identity and reinforce a sense of political exceptionalism.

American history is a story that weaves back and forth between eras of threat and eras of safety, based on the degree of external danger. During eras of threat, the opponent is a preoccupying thought. Foreign and domestic policies are viewed through this lens of competition. Eras of threat sharpen the boundary between the American in-group and the enemy out-group. Within the boundary, there’s a heightened sense of national identity. Americans rally around the president and put more trust in national institutions. Social cohesion increases and there may be an easing of racial, political or economic divisions among those struggling together for the cause. For minorities within the in-group boundary, there can be new opportunities for social progress. Meanwhile, wars that occur during eras of threat are the titanic crusades of American history, which usually have strong public support.

But there’s also a darker side to the eras of threat. In-group unity can become suffocating conformity. In the face of foreign menace, power may be centralized in the White House, as Americans prioritize security over liberty. And woe to anyone caught on the wrong side of the boundary. Americans will be intolerant of dissent from fellow citizens who question the threat. The rights of Americans identified with the adversary may be trammeled underfoot. And the opponent is often viewed as a single malevolent entity, with little distinction made between combatants and civilians. If war breaks out, the American crusader may fight with a terrible fury, seeing the targeting of enemy civilians as justified in the pursuit of total victory and retribution against evildoers.

By contrast, during eras of safety, the United States loses its preoccupying focus and people turn their attention to domestic affairs. The in-group versus out-group boundaries start to blur. Americans are less sure of their national identity. Social cohesion may be replaced by a mood of fractiousness. People become more distrustful of national institutions, including the presidency. During these eras, military interventions are targeted against amorphous threats or humanitarian emergencies, often involve nation-building or peacekeeping operations, and tend to be unpopular.

But eras of safety also exhibit a positive side. For one thing, Americans are relatively sheltered from harm. In addition, the blurring of the in-group/out-group boundary can produce more tolerance for radical or skeptical voices. Meanwhile, military operations are less likely to be fought as zealous crusades, and there is greater self-criticism of U.S. actions, for example, facing up to the commitment of possible war crimes.

Of course, these descriptions represent broad generalizations, and the tendencies are not absolute. In each period, plenty of people don’t follow the predicted mind-set. Nevertheless, the eras capture some distinctive features of the United States as foreign threats wax and wane. A brief look at American history shows that, although eras of threat and safety do not repeat themselves, they do rhyme—with important consequences for today’s battle between Hillary Clinton and Donald Trump.

DURING THE late eighteenth century, the American colonies were divided by a wide range of social and economic issues, and were protective of their individual identities and sovereignty. But the British threat caused these disparate colonies to band together. As John Jay wrote in Federalist No. 2, “Well-grounded apprehensions of imminent danger induced the people of America to form the memorable Congress of 1774.” The Declaration of Independence in 1776 recounted Britain’s “repeated injuries and usurpations, all having in direct object the establishment of an absolute Tyranny.” The colonies formed an imperfect alliance, squabbling over contributions of money and men. Nevertheless, the degree of cohesion achieved was roughly proportionate to the perceived danger. “Join, or Die,” said the revolutionary-era slogan. Or, as Benjamin Franklin put it, “we must, indeed, all hang together, or most assuredly we shall all hang separately.”

After independence was achieved, foreign threats motivated the push for a strong central authority, which culminated in the creation of the U.S. Constitution in 1787. Spain closed the Mississippi to American navigation, and Britain retained armed posts along the Great Lakes in violation of the peace treaty of 1783. Pirates threatened American shipping and Native Americans attacked settlers in the Northwest. In Federalist No. 4, Jay wrote that independent colonies would be unable to create armies and fleets, whereas a “Union” could “apply the resources and power of the whole to . . . defense.” The era of threat also produced a crackdown on the civil liberties of perceived enemies at home. In 1798, fear of France led to the Alien and Sedition Acts, which allowed the deportation of noncitizens who came from hostile nations, and prohibited the publication of malicious attacks on the president or Congress.

During the early decades of the nineteenth century, the era of threat gave way to an era of safety. The United States achieved a position of strategic immunity, protected by large oceans, and strengthened by a rapidly growing population and economy. As Abraham Lincoln remarked in his 1838 Lyceum Address,

All the armies of Europe, Asia and Africa combined, with all the treasure of the earth (our own excepted) in their military chest; with a Buonaparte for a commander, could not by force, take a drink from the Ohio, or make a track on the Blue Ridge, in a trial of a thousand years.

But it was precisely this lack of an enemy that laid bare sectional division and smoothed the road to civil war. In the same speech, Lincoln predicted, “If destruction be our lot, we must ourselves be its author and finisher.” Without a foreign danger to occupy their thoughts, Americans focused on domestic fissures, especially over slavery. On the eve of the Civil War, the U.S. secretary of state even suggested declaring war on France and Spain to deliberately create a unifying enemy and ward off disunion. If the United States were attacked by a foreign power, “the hills of South Carolina would pour forth their population to the rescue of New York.”

With the assault on Fort Sumter, the United States entered an era of grave danger. By definition, the Civil War was an internal threat. But the Confederacy was also a de facto foreign state, which raised armies, issued its own currency and wrote its own constitution. The grand struggle sometimes widened Northern divisions, for example, military failures and the push for emancipation led to the rise of the “Copperheads” or peace Democrats who urged a negotiated settlement. But in a larger sense, the Confederate threat caused much of Northern opinion to coalesce around a crusade to utterly crush the Confederacy and destroy its slave system. For the first time in U.S. history, the American flag was widely draped from churches, storefronts and people’s homes. “The coldest conservatives sprang forward to the front,” said Lincoln’s secretary John Hay, “and the wildest radicals kept time with the new music.”

For many Northerners, the common struggle helped to overcome racial and other divisions. The extraordinary black commitment to the cause (10 percent of the Union army were African American) led many Northerners to reassess their views on race, and blacks made significant gains through emancipation and suffrage rights. However, those on the wrong side of the boundary drew the crusaders’ wrath—most notably the soldiers and civilians of the Confederacy. Over time, the Northern campaign evolved closer to a total war, as Union forces destroyed towns, mills and food stocks in much of the South.