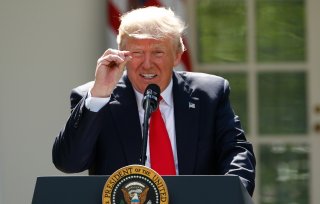 PANICS ABOUT national decline cycle through American history, symbiotic with periods of national overconfidence. The late 1980s and early 1990s were characterized by overblown fears about the resurgence of Japan and Germany. Running for president in 1992, former Massachusetts senator Paul Tsongas quipped that, “The Cold War is over; Japan won.” In popular novels like Rising Sun (1992) by Michael Crichton and Debt of Honor (1994) by Tom Clancy, Japan is portrayed as embodying a ruthless way of conducting business that injures America. Ross Perot’s running mate in 1996, Pat Choate, wrote a book in 1990: How Japan’s Lobbyists in the United States Manipulate America’s Political and Economic System. It caused a stir in Washington. Clyde Prestowitz had one subtitled, How America Is Surrendering Its Future to Japan and How to Win It Back. There was even a popular volume by George Friedman called, The Coming War with Japan.

This anxiety about Japan was given its most credible and scholarly support in Paul Kennedy’s The Rise and Fall of the Great Powers. He argued that the United States was succumbing to “imperial overstretch,” a helpful term he introduced into the discourse. The United States’ finances were deteriorating because of its excessive military commitments, he wrote. Japan, conversely, would be perhaps the supreme world power in the twenty-first century. “Just how powerful, economically, will Japan be in the early twenty-first century?” Kennedy asked. “Barring large-scale war, or ecological war, or a return to a 1930s-style world slump and protectionism, the consensus answer seems to be: much more powerful.”

The argument resonated with the reading public to a remarkable degree. Rise and Fall had an initial print run of nine thousand, but soon after it was published, almost a quarter-million copies were in print. It was a stunning success for a nearly seven-hundred-page book that examined five hundred years of global military history. The New York Times understatedly called it an “unexpected bestseller,” as Rise and Fall reached number six on the Times’ bestselling hardcover list, behind works by George Burns, Lee Iacocca and, of course, Donald J. Trump.

But the consensus answer Kennedy relied upon was wrong, as Japan’s economic bubble burst in 1991, leading to an economic decline that lasted the entire decade. These days Japan doesn’t merit entry into discussions about the great powers, lagging behind such competitors as China, Russia, and India. The land of the rising sun didn’t rise. Norwegian historian Geir Lundestad observed in the journal Cold War History in 2000 that Kennedy’s thesis about imperial overstretch was valid—it just applied not to America but to the Soviet Union, which Kennedy had called in his book “a country of almost supernatural strength.” The supposedly supernatural country ceased to exist within four years of Kennedy’s calculation.

Kennedy wasn’t alone in forecasting American decline in the late 1980s and early 1990s, of course. “Decline has been on everyone’s mind, and the arguments of the declinists have stimulated lively public debate,” Samuel Huntington observed in a late 1988 issue of Foreign Affairs.

Harvard political scientist Joseph Nye was one of the rare observers who correctly understood the varied lasting sources of American power. In his 1989 book, Bound to Lead, he wrote that, “American leadership is likely to continue well into the next century.” He surveyed the country’s many strengths—economic, military, territorial, technological, cultural—and envisaged the United States to be the world’s sole great power for decades to come.

In his 2005 book Soft Power (he coined that useful phrase to describe non-traditional sources of power), Nye was similarly bullish about the prospects for the United States, even as he rued the George W. Bush administration’s destructive impact on the country’s international standing. As late as 2015, in Is the American Century Over?, Nye was optimistic about the possibilities for American power. He served in various capacities in the administrations of Jimmy Carter, Bill Clinton, and Barack Obama, remaining positive about America’s future throughout.

Nye was never a triumphalist who believed American power was infinite. 2002 marked the height of the country’s post-Cold War hubris, both in terms of policy and the public debate. That year, President George W. Bush grouped Iran, Iraq, and North Korea as an “axis of evil,” and then-Under Secretary of State John Bolton warned that the United States wanted to go “beyond the axis of evil” to target Cuba, Libya, and Syria. Paul Kennedy, by this time converted to fantasies of American predominance, wrote that, “America’s spectacular position in the world in military, economic, technological and cultural terms may be equaled by a wisdom in the executive and the Congress, and a judiciousness in the people for the decades to come.”

Nye didn’t participate in this disastrous tornado of arrogance. In 2002’s The Paradox of American Power, he wrote that “American power is not eternal,” and that on some key issues, “military power cannot produce success and its use can sometimes be counterproductive.” He forecast the rise of Asian markets that would eventually outweigh the American economy. And yet the book was written with the understanding that, “by traditional measures of hard power, compared to other nations, America will remain number one.” Similarly, even as Is the American Century Over? argued for the country’s bright future, Nye was careful to suggest that American hegemony was limited, calling it “half-hegemony.” But half-hegemony is more than none.

ALL THIS makes it disconcerting to read Nye’s new book. A different, more pessimistic Nye is here—one that doesn’t acknowledge any kind of American hegemony at all. An International Affairs article he wrote in 2019 that contains some of the material included in this book was revealingly called, “The Rise and Fall of American Hegemony from Wilson to Trump.” It noted that,

unipolarity proved deceptive in terms of controlling events in world politics. It contributed to a hubris that led not only to the overextension of American ambitions in the invasion of Iraq but also to political efforts by Russia and China to foil American diplomacy.

That sentiment explains why Nye’s latest book, Do Morals Matter?, has a more subdued tone than his previous works. He still believes that, “China will narrow the gap, but barring unforeseen surprises, the United States is likely to remain the largest country in overall power.” But now he emphasizes that, “hegemony and unipolarity after 1989 were always illusions.” Those illusions have been stripped and we have “less preponderance and a more complex world.”

For Nye, the Iraq War and other military misadventures weren’t the only culprits in weakening America. Instead, the emergence of Trump and xenophobic conservatism have done as much to damage the country’s powers sources as any foreign actors, he believes. Though a longtime Democrat, Nye is resolutely fair-minded and bipartisan throughout this book, praising actions taken by Republican presidents from Dwight D. Eisenhower to George W. Bush. Indeed, he gives the elder Bush and Eisenhower the highest marks of all postwar presidents—above all Democrats, including Harry Truman.

But Trump has finally shaken Nye’s resolute faith in American prospects. The president and the self-destructive xenophobia he embodies seem to Nye more responsible than anything else for reducing American prowess. This book concludes with the warning that, “the future success of American foreign policy may be threatened more by the rise of nativist politics that narrow our moral vision at home than by the rise and decline of other powers abroad.”

But, in fact, that narrow vision has already impeded the success of American foreign policy, as Nye implicitly concedes. The book outlines the case for the importance of considering morality in foreign affairs. The entire project of this book seems unusual in the age of Trump. Indeed, the title stands out when the president advertises his imperviousness to standards that previous leaders at least pretended the country were guided by.

Anachronistic, unintentionally sad urgings recur here. “Good moral reasoning,” Nye writes, “should be three-dimensional, weighing and balancing the intention, the means, and the consequences of presidents’ decisions.” The argument is thoughtful, deliberate, and compelling; it is utterly irrelevant to the United States government right now. Nye continues, “a moral foreign policy is not a matter of intentions versus consequences but must involve both as well the means that were used.” That reasonable maxim seems misplaced in the era where the U.S. president has tweeted,

To Iranian President Rouhani: NEVER, EVER THREATEN THE UNITED STATES AGAIN OR YOU WILL SUFFER CONSEQUENCES THE LIKES OF WHICH FEW THROUGHOUT HISTORY HAVE EVER SUFFERED BEFORE. WE ARE NO LONGER A COUNTRY THAT WILL STAND FOR YOUR DEMENTED WORDS OF VIOLENCE & DEATH. BE CAUTIOUS!

The contrast between Nye’s sober deliberations and the reality of contemporary U.S. foreign policymaking is jarring.

Nye quotes the editors of the Wall Street Journal lamenting that President Trump praised Saudi Arabia in absolving its leaders for murdering dissident journalist Jamal Khashoggi. “We are aware of no President, not even such ruthless pragmatists as Richard Nixon or Lyndon Johnson, who would have written a public statement like this without so much as a grace note about America’s abiding values and principles,” they wrote. Grace isn’t a Trump thing.