Does The Bulwark Mean the Neocons Are Staging A Comeback? 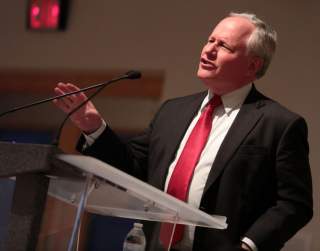 The closing of the Weekly Standard in December represented an ideological changing of hands. Founded in 1995 by William Kristol and Fred Barnes, the publication became a wheelhouse for neoconservatism, promoting reform at home and interventionism abroad, most famously in the case of the Iraq War.

With the rise of Donald Trump in 2015, the magazine experienced the sort of ideological battering it had previously meted out to its opponents. “All the guy wants to do is kill people and go to war and kill people even though he knows it’s not working, although he doesn’t know because he’s not smart enough,” shouted Trump at a 2016 campaign rally, describing Kristol.

Kristol’s opposition, however, has outlasted his magazine. The publication shuttered when its backer, Colorado billionaire Philip F. Anschutz, decided that the intellectual veneer wasn’t worth the financial loss. Some Trump supporters reacted with victorious glee over a fallen foe; others made clear that the fall of the Weekly Standard had more to do with the difficulties of running a print magazine than as a successful ideological battle.

While the obituaries were being written, Kristol was busy showing that reports of neoconservatism’s death were greatly exaggerated. On January 7, The Bulwark website was launched as a new source of commentary, with former radio host Charlie Sykes as editor-in-chief and Kristol himself as editor-at-large. They’ll be joined by a familiar cast of writers and contributors. The Bulwark had previously existed as a news aggregator for the Defending Democracy Together Institute, a 501(c)(3) founded by Kristol in August 2018. The Weekly Standard’s valuable subscriber list was lost to the Washington Examiner, leaving The Bulwark to build a base of readers from scratch. Also lost are the magazine’s name recognition and the respectability of having a print publication. But the publication is already benefiting from the wider reach of the neocons. Writing in the Washington Post, Jennifer Rubin declared,

“The loss of a punchy, independent and thoughtful news outlet on the right was immediately felt in a media echo-sphere dominated by charlatans, sycophants and shallow posers.

On Monday, that void was filled, at least in part, by a new online news outlet, the Bulwark, featuring many of the Weekly Standard’s familiar faces — Charlie Sykes as editor in chief, Bill Kristol as editor at large, former Weekly Standard writers Jim Swift and Jonathan Last — but also new writers and new contributors.”

Paraphrasing William F. Buckley, Jr., Sykes, in a note to readers, said “The Bulwark will stand in the breach and shout, ‘You can’t be serious?’” It will be a “forum for rational, principled, fact-based conservative commentary,” while the rest of the rightwing “descends into sophism and trollery.” Explicitly created to “provide a voice for non-Trumpian conservatives,” it is supposed to form a permanent opposition to the president.

CNN reports that the revamped website cost in the neighborhood of $1 million, and most of the money was raised in recent weeks. “We are not going to get any Russian or Saudi money,” Sykes told them, with the implicit accusation that other conservative publications are under foreign influence.

This does raise the question of the new website’s funding. The Bulwark is a project of the Defending Democracy Together Institute, whose partner 501(c)(4) organization, Defending Democracy Together, received $600,000 in the form of two grants from Democracy Fund Voice in 2018. Democracy Fund Voice is another 501(c)(4) advocacy group funded solely by multi-billionaire Pierre Omidyar, the creator of eBay. Omidyar is a major political donor and funder of progressive causes, giving over $500,000 to the Democratic Party in the last twenty years. In 2013, he created First Look Media to support “original, independent journalism,” in coordination with Glenn Greenwald, Jeremy Scahill and Laura Poitras. This has raised some eyebrows on the right: in an article in Frontpage Mag, Daniel Greenberg complained that the new website has a “radical leftist funder notorious for his backing of terrorist propaganda and anti-Semitism.”

First Look Media’s most important creation is The Intercept, a progressive news site co-edited by Greenwald that has been overtly critical of the United States government’s military interventions overseas. Greenwald was the lead journalist in breaking the Edward Snowden story. When Greenwald was revealing warrantless surveillance by the National Security Agency to the American public, Bill Kristol and the Weekly Standard referred to Snowden as a traitor who should be prosecuted for revealing state secrets. Yet Greenwald and Kristol, with diametrically opposed views on foreign policy, now receive major financial support from the same source, Omidyar.

The Defending Democracy Together Institute also received a $150,000 grant in September from the William and Flora Hewlett Foundation, paid through the fund provider Donor’s Trust. The grant was part of the Madison Initiative. The Hewlett Foundation is a “non-partisan private charitable foundation that advances ideas and supports institutions to promote a better world,” said Daniel Stid in an interview with TNI. “The Madison Initiative, which I direct, is focused on strengthening the values and institutions of U.S. democracy in a time of polarization. We’re particularly concerned with the health of Congress as the first branch of government in our constitutional system.”

The Madison Initiative is non-partisan and gives money to “groups left, right, and center who share our goals and values,” Stid explains. Other conservative organizations besides DDTI that receive money include the Federalist Society, the Ethics and Public Policy Center, and National Affairs. The Initiative keeps its funding to both sides “meticulously…very even,” “ensuring that across our grantees we have as many people on the right there as on the left to have ideological balance.”

The September grant to DDTI was meant as seed money for the creation of a content aggregation center, which was the original purpose of The Bulwark. Stid does not believe any plans existed at the time of the grant to transform The Bulwark or recreate a failing Weekly Standard. And the Madison Initiative is not at all unhappy with the turn of events. “We’ve been very pleased with the work of The Bulwark to date around the aggregation issue and certainly see the augmentation of the work of The Bulwark with some of the team members from The Weekly Standard doing nothing to detract and actually I think adding to the overall impact of the site,” said Stid.

Does the emergence of the new website represent a real comeback for the neocons? Stephen Wertheim recently argued in a widely read article that far from being defeated, neoconservatives are riding high. “The Weekly Standard may have shuttered, but anti-Trump neocons enjoy increasing influence in the center of the Republican and Democratic parties and in publications like The Atlantic and The Washington Post,” he wrote. You can now add The Bulwark to that list.

Image: Wikimedia Commons. Bill Kristol speaking at an event hosted by the ASU School of Civic and Economic Thought and Leadership.