Does the Communist Party Deserve Credit for China’s Rise? 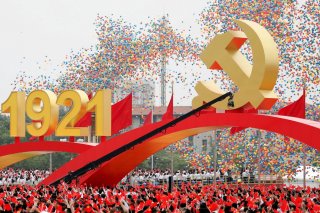