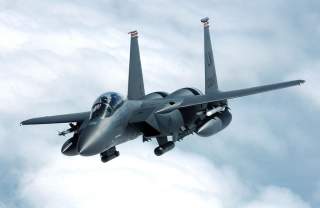 It was against this background that the Arab rebellion erupted in Yemen in 2011. As it progressed, this pro-reform movement further weakened central authorities partly because certain tribes and military leaders withdrew their support from the government in favor of trying to control the rebellion. As internal strife spread and shifting alliances radically changed Yemen’s internal dynamics, President Saleh agreed to hand over power to his deputy Abdrabbuh Mansour Hadi, who was inaugurated as president in uncontested elections in February 2012. Consequently, two of Saudi Arabia’s major supported parties, the Islamist al-Islah party and the Hashid tribal federation, were weakened, thereby undermining Riyadh’s influence in the country. Conversely, the power of Houthis was enhanced not in the least by the fraying of the ties and influence of their opponents.

Unable to withstand the challenges from both his supporters and opponents, President Hadi sacked his cabinet in August 2014 and overturned a controversial fuel-price rise following two weeks of anti-government protests in which Houthi rebels were heavily involved. Soon enough, backed by military units loyal to former President Saleh, Houthi rebels overran Sanaa in September 2014 and continued their onslaught towards southern Yemen. Taken aback by the Houthis’s seizure of Sanaa, and considering their putsch as an extension of Iranian power to the border of the kingdom, Saudi Arabia, along with other Arab countries, launched in March 2015 “The Decisive Storm Coalition” military campaign to “protect and defend the legitimate government of Hadi.” Washington has offered logistical and intelligence support to the Saudi-led campaign.

Two years later, the Saudi-led campaign had failed to dislodge the Houthis and their allies from the capital. Rather, it had further devastated Yemen’s economy and security. AQAP and ISIS have exploited the ongoing strife to expand their power and terror attacks across Yemen. Following the loss of a number of their troops in Yemen, Arab Gulf Countries have hired mercenaries to do their campaign bidding. The UAE has deployed the largest mercenary force in Yemen, hailing from Ethiopia, Somalia, Sudan and other countries. Reportedly, Eric Prince and his former Blackwater Security employees have led the mercenary force. Meanwhile, Yemen as a nation has faced the worst human crisis in modern history. According to the UN Office of the Coordination of Humanitarian Affairs, 21.2 million or 82 percent of Yemen’s population are in humanitarian need, with many children dying from starvation.

It is against this background that the Trump administration wants to cooperate and strengthen Saudi military role in the region mainly as a counterbalance to that of Iran. This singular naïve approach will only deepen the strife and crises—not only in Yemen but also in Syria and Bahrain. It will also indirectly enhance the power of Salafi jihadis. Washington, indeed, should maintain and strengthen its alliance with Saudi Arabia; but that should entail candor talks and firm requests that the kingdom curb the propagation of its Wahhabi-Salafi creed and its anti-Shia religiopolitical policies at home and abroad that inadvertently help pave the way for Iran’s growing influence and meddling in Middle Eastern societies. Otherwise, Washington should not be shocked by the human catastrophe awaiting Yemen.

Robert G. Rabil is a professor of political science at Florida Atlantic University. He is the author of Embattled Neighbors: Syria, Israel and Lebanon; Syria, United States and the War on Terror in the Middle East; Religion, National Identity and Confessional Politics in Lebanon: The Challenge of Islamism; Salafism in Lebanon: From Apoliticism to Transnational Jihadism; and most recently The Syrian Refugee Crisis in Lebanon: The Double Tragedy of Refugees and Impacted Host Communities. He can be reached @robertgrabil.