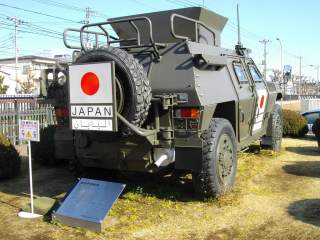 Earlier this fall, Japan’s Prime Minister Shinzo Abe made his third trip to Africa since assuming office in late 2012. Abe’s trip was centered around attendance at the sixth edition of the Tokyo International Conference on African Development (TICAD) – a longstanding Japan-led initiative aimed at promoting sustainable development in Africa through a mix of investment, loans and aid. TICAD has evolved over the years and now focuses on promoting the synergy of public-private partnerships and transitioning from aid to trade.

But how does this assistance influence public perceptions of Japan within recipient countries in Africa?

During field work this past year, we surveyed 1,104 Ugandans living in eight different communities spread across seven different districts around the country. In each community, Japan had funded, within the last three years, the construction of a local infrastructure project under the auspices of its Grants for Grassroots Human Security Projects program (GGP) – an initiative run by the Ministry of Foreign Affairs.

Tokyo uses the GGP program around the world to provide grants in the range of US$100 thousand to local organizations to build schools, health clinics, water systems, and other forms of community-level infrastructure. Japan has implemented GGP grants in other African countries also – including Sudan, Liberia and Kenya. Local politicians that we interviewed in Uganda described these projects as highly relevant for development in their communities.

Each piece of infrastructure that is funded through GGP is labeled with a plaque that shows the Japanese flag and gives credit to Japan for having funded the project. The ambassador or another high-ranking Embassy of Japan official attends the commissioning ceremonies for the projects, during which the Japanese flag flies alongside the Ugandan flag. Both in Uganda and the other countries where the program works, these projects represent Japan’s public diplomacy at a very local level.

In our survey, we described the project and asked respondents if they were familiar with it. Two-thirds of them said that they were. But only 10 percent of these individuals – and seven percent of our respondents overall – could correctly name Japan as the source of funding for the project. The average person in our survey thought that the Ugandan government had funded the project. This lack of awareness about the foreign source of the funding sparks questions about whether ODA is fulfilling its public diplomacy role.

In a similar study in Bangladesh looking at a nationwide system of health clinics funded by the United States, 20 percent of survey respondents who either had visited the clinics or were familiar with them were able to name the United States as the funder. Officials in both Japan and the United States have expressed their disappointment about these low rates of recognition, and in relative terms, Japan seems to be doing less well at making its foreign aid brand recognizable than the United States.

These results suggest to us that donors need to consider how well the branding of foreign aid projects is working in terms of grassroots public diplomacy. If the ultimate goal is to change attitudes toward the donor country among the population at large and to have them support policies in line with the interest of the donor country, then it is unlikely that this is happening if only one out of ten people is able to recall the foreign source of funding for a recently-built development project in their community.

Yet our research also suggests some good news for Tokyo. As part of our survey, we directly told one-third of the respondents, randomly selected from among the large number who did not know that Japan had funded the project and the small number that did, that Japan had provided funding for the project. Later in the survey, the group to whom we had given this information was statistically significantly more likely to say that they had a favorable opinion of Japan, and over a third of them gave primary credit to Japan for the project helping their community. In other words, our survey provided evidence that information about foreign aid can improve attitudes toward donor countries if people actually encounter and absorb that information.

In addition, we discovered that Ugandans already have a quite positive opinion of Japan. Roughly 85 percent of them said that they had a “favorable” or “very favorable” opinion of Japan, the same proportion as said that about the United States. In comparison, only 79 percent of people expressed favorable opinions about China, a level that is statistically significantly lower.

And finally, the survey revealed that people were quite positive about the GGP projects. Over 85 percent of respondents said that the project was of “good” or “very good” quality and that it was “helpful” or “very helpful” to their community. Even if Japan is not getting the credit it might desire for having funded these projects, Ugandans nonetheless appreciate what the projects are doing.

Japan already has the tools in place and the commitment – through its broader strategic approach to Africa evidenced by TICAD – to leverage its provision of aid in Africa. The challenge in the coming years will be to shape the narrative about its aid for the local population. Japan needs to look at ways to better connect its programs to its national brand and needs to utilize its diplomatic tools to engage more deeply with people in recipient countries.