Does the U.S. Overstate the Threat of Terrorism? 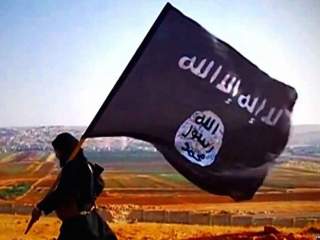 Looking back on the past fifteen years, it is clear that September 11, 2001, dramatically altered the landscape of international security. It brought to light the reality that major terrorist attacks can happen on U.S. soil, and it largely changed Washington’s security focus to counterterrorism. While focusing on counterterrorism is important, the actual threat terrorism poses to the United States today tends to be exaggerated and causes the country to shift focus away from more serious national security issues. Instead, Washington should put more time and resources into matters that have the ability to significantly upend the global order.

September 11, 2001, marked the last major terrorist attack on American soil. Fifteen years on, and it still drives much of the discussion about U.S. national security. For example, if you’ve watched one of the many presidential debates over the last few months, you’ve heard numerous candidates claim that terrorism, especially ISIS, is one of the biggest threats to the United States and must be defeated at all costs.

The American public agrees. According to a Pew Research poll, 29 percent of Americans cite terrorism, national security or ISIS as the most important problem facing the country today. Similarly, a staggering 83 percent of the American public now regard ISIS as a major threat to the United States. To counter this threat, 66 percent of Republicans, and 33 percent of Democrats, favor the use of U.S. ground forces.

Statistics like these show that Americans often fall prey to the habit of mentally clinging to dangerous, but extremely rare, events like September 11th. In reality, the chance of another 9/11-caliber attack occurring on U.S. soil is slim. Not because the United States is invulnerable to attack, but because black swan events like that are rare in and of themselves. They are simply “too capricious to predict.”

When compared to other issues, the threat terrorism poses to the United States is actually not that great. Since 9/11, foreign inspired terrorism has claimed only about two-dozen lives in the United States. Comparatively, gun violence has claimed one hundred thousand lives, and motor-vehicle accidents four hundred thousand. Yet, since 9/11, the increase in expenditures on U.S. homeland security greatly exceeds $1 trillion.

Even lone wolf attacks are used to justify immense spending on counterterrorism and homeland security efforts. While terrorist attacks like San Bernardino and the Boston Marathon bombings are absolutely deplorable, they too are rare, and should not be viewed through the same lense as major events like September 11, 2001. They differ greatly, and require different approaches and different conversations.

None of this is to say that terrorism poses no threat to U.S. national security, or that Washington should not focus on defeating and degrading groups like ISIS; it absolutely should. But that’s because ISIS destabilizes the Middle East, contributes to a historic migration crisis for our European allies and threatens to undo years of U.S. military effort in Iraq—not because they pose an existential threat to the homeland. In this same vein, the United States should instead put more focus on issues that can significantly change the international geopolitical landscape, such as a revanchist Russia.

The true threat Russia poses to the international political system is more serious than most people appreciate. And while it may not have the economic, military or demographic solidity to significantly upset the global order at the present time, that doesn’t mean Moscow isn’t trying. These efforts, in and of themselves, are concerning.

Over the last two years, Russia has violated its neighbor’s territorial integrity by annexing Crimea; it has caused energy crises for the European continent by cutting off energy supplies going through Ukraine; and today, it is deeply involved in the Syrian crisis, damaging reconciliation efforts. In addition, Russia is running a massive disinformation campaign throughout Europe in order to skew public opinion.

These problems have stirred previously dormant fears in NATO allies like the Baltic states who are now concerned their territorial integrity may at some point be compromised. They have also caused tension within the United States and the NATO alliance about issues like troop presence in Eastern Europe and cyber and energy security to protect against Russian threats. Fracturing Western cohesion is exactly what Russia wants. In fact, President Putin’s image at home continues to improve and 82 percent of Russians approve of the way Putin is handling relations with Europe.

But Washington is pushing back on recent Russian actions. It is helping to quell the concerns of our European allies by quadrupling the funding of the European Reassurance Initiative (ERI) to over $3.4 billion for fiscal year 2017. Likewise, in August 2015, General Paul Selva, now Vice Chairman of the Joint Chiefs of Staff, named Russia (not ISIS) the greatest threat to the United States, given that its nuclear capability poses an existential threat. Washington is heading in the right direction, but the money spent on countering Russian aggression, even in addition to the ERI, doesn’t compare to the roughly $100 billion per year the United States spends on counterterrorism efforts.

There is no doubt that adequately addressing every threat to the safety of the United States is a difficult balancing act. Terrorism cannot be ignored, and the United States must continue to work with its overseas allies and partners in order to combat it. But Americans also must keep the actual threat it poses in perspective. There are other issues at play that may have a greater effect on the global security environment and thus, the United States, for decades to come.

Rachel Rizzo is the Research Associate for the Strategy and Statecraft Program at the Center for a New American Security. You can follow her on Twitter @RachelRizzo.