Does Trump Really Want to Win the Trade War? 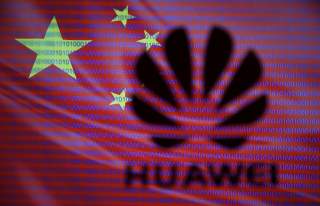 President Trump appears to be getting advice on China policy from World Wrestling Entertainment (WWE). It’s all starting to resemble a pro-wrestling match where one wrestler gets his opponent in a headlock, throws him to the ground and has him pinned—for a long two seconds—until he miraculously escapes. It’s good theater, but it’s tough on the audience.

There may be some method to the madness. Trump has discombobulated the People’s Republic of China (PRC) and some of his own supporters as well. Indeed, Beijing complained even before Trump took office that it could no longer understand U.S. policy. That’s not surprising after forty years of American accommodation, if not outright appeasement.

Unlike pro-wrestling, however, Trump’s many chances to pin Chinese leader Xi Jinping have been for real—and the outcome of this match is by no means certain.

Most recently, U.S.-imposed tariffs are causing real pain on the PRC’s already slowing economy and are panicking China’s leaders. Back in January, Trump had Xi down and with both shoulder blades touching the mat, but then let him up with a three-month reprieve. Adding to the excitement, Trump just ordered another reprieve shortly before the March 1, 2019 deadline for tariffs to increase from 10 to 25 percent.

This may, of course, be a ploy to pressure China as a trade deal is being negotiated. Besides, at the last minute Trump may walk away and even hike tariffs.

But one fears another miraculous Chinese escape is in the works and all in exchange for the PRC buying American soybeans and promising to stop stealing U.S. technology—which Beijing claims it never does anyway.

It’s not as if wrestling fans aren’t used to this.

Last year Trump had ZTE, China’s second-largest telecom company, on the mat and in a stranglehold. But just before the referee “slapped the mat” Trump let ZTE up for $1 billion dollars and installing American compliance officers at the firm. The former is small change, and the latter will ultimately be useless. Xi and Chinese leadership must still be pinching themselves.

And more recently, Trump was tossing China’s flagship telecom company, Huawei, around the ring by requesting Canada detain and extradite Meng Wanzhou, the company’s CFO for sanctions busting and fraud. Furthermore, at the same time, the President was encouraging allied nations to cut loose from Huawei over security concerns and drafting an executive order declaring Huawei off-limits to U.S. companies.

But now, despite having Huawei and the PRC nearly pinned, the President’s tweets suggest Huawei maybe isn’t so bad after all. Moreover, there’s talk of cancelling Meng’s extradition request as another a sweetener to reach a trade deal that Beijing needs far more than does Washington. And if that’s not sweet enough, there’s a move afoot to remove sanctions Washington recently imposed on a Chinese company for stealing microchip secrets from the U.S. company Micron Technology.

One hears the wrestling fans: “Holy cow! How’d they get out of that one?”

Maybe they shouldn’t be surprised.

In an earlier round, Trump’s “maximum pressure” strategy on North Korea had China cornered. For the first time in memory, a U.S. administration seemed serious about squeezing the North Korean leader Kim Jong-un. Beijing was squirming as much as Pyongyang and the referee was calling down the count. But then Xi gave Kim a “talking to” to ensure he didn’t go wobbly with the Americans and Xi also eased whatever sanctions Beijing was sort of enforcing on North Korea.

Trump’s response? Secondary sanctions on Chinese banks propping up North Korea? No. Instead, Beijing got up off the mat and caught its breath.

And then Japanese Navy surveillance aircraft repeatedly spotted Chinese ships off-loading fuel to North Korean ships. Caught red-handed and on camera, this practically had the PRC down and waiting to be pinned. No such luck, however, as soon they got right back up.

Moreover, it’s not as if Trump hasn’t had other chances.

For instance, China’s treatment of its Muslim Uighur population—including concentration camps—should put it down for the count. But only if Washington sanctions the PRC for the human rights abomination taking place in East Turkestan. While Congress is interested, the Trump administration has not jumped on this chance to put pressure on Beijing.

Additionally, Trump’s dealings with Taiwan have been a rapid-fire series of throws tossing the PRC to the mat and then letting it up. Before his inauguration, Trump spoke on the phone with Taiwan’s President Tsai Ing-wen. At long last, a U.S. president realized he didn’t need Beijing’s permission before picking up the telephone. But when Xi complained, Trump apologized.

Later, Trump signed the Taiwan Travel Act calling for senior officials to visit Taiwan. But when the American Institute in Taiwan, the facto embassy, opened its new building the senior U.S. official sent from Washington to attend the ceremony wasn’t all that senior. Moreover, then the Administration finally canceled the PRC’s invitation to the RIMPAC naval exercise—but didn’t invite Taiwan in its place. A month later it also let the U.S. Army conduct disaster response training with Beijing’s People’s Liberation Army.

Allowing Taiwan’s President Tsai to speak at the Reagan Library was a good move. But Washington allowed the PRC Ambassador in Washington to spew propaganda and threats against America and its friends instead of sending him back to Beijing as a persona non grata.

Regularly sending U.S. Navy ships through the Taiwan Straits and conducting more Freedom of Navigation Operations in two years than the previous administration did over eight years are also good “wrestling moves” but alone won’t pin anyone. That’s where trade and economic pressure come in. Cutting a bad deal on trade undercuts the U.S. Navy’s efforts and allows the PRC to once again squirm out of what looks like a solid hold.

Trump has gotten China policy mostly right, but like every administration, Trump’s has to deal with competing factions. One is keen to smooth things over with China—whatever the cost—and the other looking to “pin” the Chinese. In addition, over at the State Department and Department of Defense, old habits of appeasing China linger.

Hopefully, Trump recognizes that “pulling China around” may be satisfying but it is not the same as winning the match.

And unlike pro wrestling, the outcome of the U.S.-China competition is not already “fixed.” So if China can play for time things just might shift in its favor.

And Beijing has reason to hope on that score.

Even now there is a powerful domestic constituency pushing Trump to ease up on China. It’s hurting business, you know. As Treasury Secretary, Steve Mnuchin (formerly of Goldman Sachs) seems to be their point man.

And speaking of Wall Street, MSCI has just increased the weighting of Chinese companies in its Emerging Markets Index. This will provide a nice financial boost to Beijing. Never mind that Chinese company finances are often “black boxes” and the country lacks a functioning legal system. Indeed, in China a contract means exactly what Xi says it means.

Read any Wall Street analysis of China’s market over the last twenty years, and you can count on the fingers of one hand (maybe two) the mention of human rights, property rights, or an honest legal system as having something to do with an attractive investment climate.

Finally, Trump might lose the next election which gives China even more hope. If so, the stalwarts behind Trump’s current China policy will be gone—and replaced by those who aided and abetted the PRC’s growth into a scary adversary in the first place.

Expect to hear that we absolutely must have PRC’s cooperation on “climate change,” “North Korea,” and thus must placate Beijing. And after all: “If you want China to be an enemy, treat it like one.”

Even in the U.S. military and Department of Defense, there’s already a move afoot to let PRC back into RIMPAC. There are former Flag officers sure that they can talk sense into the Chinese. As likely, they want on the gravy train of Chinese invitations to Track 2 dialogues and U.S. government contracts to explain the mysteries of the PRC that real China scholars haven’t figured out.

But Beijing isn’t just waiting for the Americans to pin themselves. Despite its stumbling economy, China’s military build-up continues unabated—including in outer space and cyber. Indeed, the PRC is already capable under certain circumstances of giving U.S. forces all they can handle. Such an ability will only increase as China plays for time against the Trump administration.

So consider the following scenario: Taiwan’s domestic opposition—which is liberally sprinkled with Quislings eager to sell out Taiwan’s freedom to the Chinese Communist Party—wins Taiwan’s 2020 presidential election and moves to cut a deal with China. The PRC then tells the U.S. to stand clear while it settles a “family affair” or else.

Will Washington risk World War III? If not, the “first island chain” just got breached and U.S. credibility with its allies destroyed.

Trump hasn’t got much time left. He had better pin Xi while he has the chance. He may not get too many more.

Grant Newsham is a retired U.S. Marine Officer and is a Senior Research Fellow at the Japan Forum for Strategic Studies.