Does a Two-State Solution Still Exist? 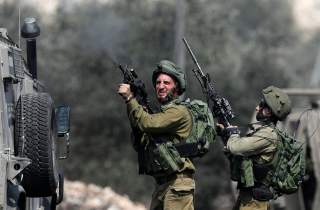 There is no two-state solution or one-state solution nor any kind of solution at the present time. What we do have is Palestinian-Israeli status quo that has been sloping downward for decades. Instead of peace, we have a peace process; instead of solutions, we have diminishing prospects of solutions. Barring an intervention, this trajectory will slide till there is no process and no solution.

There is a history behind the one-state and two-state solutions.

When the Palestine Liberation Organization was established in 1964, it called for a democratic state of Palestine for all people in the historic land of Palestine. That one-state-solution policy survived the 1967 war, Khartoum Declaration, Black September, the 1973 war, Palestinian militant hegemony over Lebanon, Palestinian-Israeli open wars, PLO conflicts with Syria, its expulsion from Lebanon to Tunisia and its remote control over the Intifada. Harsh reality forced the PLO to accept a two-state solution when it proclaimed the Palestinian Declaration of Independence in Algeria in 1988. This opened the door for Oslo and its move to the West Bank and Gaza in 1993. Acceptance of two-state solution was the ultimate Palestinian concession. Just for the record, Nasser had accepted the same by accepting the Rogers Plan in July 1970.

A one-state solution sounds good. It is gratifying, like a pleasant dream. It comprises lofty concepts of justice, equality, universal values and peace. But it is disconnected from the realities of power and the disparities of knowledge, skills and means between both parties. It is innocent of the need to overcome military, economic, cultural, religious, educational and technological disparities between the parties to achieve stability. It is heedless of the lessons of civil wars and Jim Crow laws that deprived minorities of equality. It dismisses Palestinian and Jewish-Israeli national narratives and their respective quests to live in their own states, to normalize their relations with their people, neighbors, the region and the world. The aspirational goal of illusory equality in a one-state means an abdication of the Palestinians’ political right to a state.

What About Two States?

Let us acknowledge forthrightly that there are major actors on all sides who benefit from the status-quo and its trajectory. They have used and will use any means to keep it.

Not a single “Final Status Issue” has been resolved after decades of negotiations. In the meantime, Palestinian land available for a state shrinks relentlessly.

The Palestinian president elected for a four-year term in 2005 is serving his thirteenth year in office. The Legislative Council elected in 2006 has not convened for a decade and is split between the West Bank and Gaza. The Palestinian Authority (PA) whose writ barely reaches a few cities is dependent on foreign aid. It runs a dysfunctional, underfunded bureaucracy whose most efficient department is the security apparatus that coordinates with Israel and the United States. Health, education, energy, transportation and legal systems are all underfunded and mismanaged. The Palestinian economy is in tatters as is its political freedom, freedom of speech, human rights and cultural life. Israeli-issued VIP cards define the Palestinian elite. The PA makes annual trips to the UN to provide legitimizing photos and fiery speeches, to repeat the obligatory “Palestinian Constants” regarding Jerusalem, borders, refugees and Right of Return. The PA keeps threatening to withhold security cooperation with Israel and to dissolve itself. Donors keep the PA afloat.

For a decade, Hamas ruled an independent polity in besieged and impoverished Gaza. It scrambles for handouts from donor countries seeking to own a piece of Palestine or the cause of Palestine. Hamas lacks the ability to deliver either peace or desperately needed services. Prospects for a Palestinian-Palestinian reconciliation are conditioned upon wishes of outside sponsors. Only Arabs can save Gaza from its unsustainable status.

Israel too is a divided polity. Its reelected prime minister has served for almost a decade. He has shifted policy to the right and expanded settlements, which no political force has been able to stop.

Israel is a military powerhouse whose economy has never been better. It has flourishing industry, trade, education, services, scientific and technological advances. It boasts a social, cultural and artistic boon, and improved foreign relations have recently expanded in the region. But Israel has ethnic, religious, economic and social issues. Its deviations from universal liberal western values of equality have impacted its image.

Normalization is a two-way street. There is nothing normal about life under occupation. Occupation permeates all aspects of private and public Palestinian lives with an arbitrariness that interrupts people’s plans and functions. It is the absence of elemental freedom. Palestinians are starved for a normalization they call “ending the occupation.”

Israelis too seek normalization. Israel has a public need, a state need, a political need and a psychological need to live in security and safety—free of terror attacks and free from the stigma of occupation, boycott or exclusion.

The two-state solution offers all of that. The world has not come up with a workable alternative to it, and the world is also no closer to two-states than it was in 1993.

Obstacles In the Way of a Two-State Solution are Formidable

The local fragmented and insulated preindustrial Palestinian Middle Easterners of the early twentieth century were never a match for Jewish-European immigrants. They were victims as well as beneficiaries of an advanced European civilization. In a fight that lasted more than a century there was a winner and a loser, but there is still no peace.

A segment of both people held a deep hostility to the other side. During a century of fighting over land and property, the conflict metamorphosed into an ethnic, religious, racial and civilizational conflict. Each party fulfilled the other’s worst expectation. A segment of the Jewish-Israeli community believes that its enemies’ hostility and hatred are the result of something structurally wrong with Palestinians, Arabs in general and Muslims broadly. This is mirrored by some Palestinians, Arabs and Muslims who deeply believed that there is something inherently bad or malicious about Jews or Israelis that makes them merciless, oppressive and expansionists. This “essentialism” overrides any other definition of “the other” and precludes reason or compromise. These victimized people feel that their enemies are especially wicked. They have dehumanized each other and locked horns in a zero-sum fight to the finish.

Such perceptions of the “real character” of the other foreclose compromise. Political careers and populist movements were built around these perceptions. The generalization of any group of people must be viewed with great skepticism. In real life and in daily interactions ordinary people manage to find a modus operandi.

Several Issues Worth Noting about Israel of Today

• Israel is a military, industrial, economic and technological powerhouse that competes in upper tiers of the global arena. It has succeeded in creating a Western country in the Middle East.

• Israel is a country of laws and institutions whose population is committed to the state and its defense. Under different circumstances it could have been a model for other countries in the region to emulate.

• Present rising right-wing trend in Israel parallels a similar trend in the United States among a segment of American voters. However, there is an opposing globalist trend among American and Israeli youth in academia, business and media.

• Some in Israel perceive Palestinians as unreliable and incapable of being partners. Obviously there is a symmetrical Palestinian opposing view. Putting aside the merit of this “essentialist” concern, it leads to lack of confidence in the durability of negotiated agreements. Both mindsets present a serious obstacle to agreement.

• Israel has managed to hold on to the Palestinian land it occupied in 1967. Generations of Palestinians were born and live under Israeli occupation. Israeli public debate about the future of the disadvantaged, undereducated and unemployed Palestinian youth has not moved seriously beyond security towards developing a long-term strategy.

• Secular socialist founders of Israel and religious extremists who led the settlement expansionist movement after 1967 and 1973 manage to coexist and disagree. There is no Israeli consensus on demographics, citizenship, Jerusalem, national borders or the character and future of the state—all of which dims prospects of peace negotiations.

• The Arab Spring greatly impacted the region and its people. A favorable wind is blowing towards Israel from Gulf and other Arab capitals with prospects of a tectonic shift to realign against Iran. Some in Israel view this as an opportunity for a general regional reconciliation that includes a solution to Palestine while others view it as an opportunity for regional reconciliation that marginalizes Palestine. There is a symmetrical analysis and a Palestinian, Arab and Muslim split on the other side.

Issues Worth Following on the Palestinian Side

• Palestinians thought of Nakba of 1948 and Naksa of 1967 as setbacks, not defeats. A victimization and injustice narrative led to permanence of transience and dependency. The expected shield-and-rescue response from Arabs and Muslims vanished after several wars. The post-1967 concept of Palestinian self-determination can be understood in a context of an uneven power equation.