Domestic Threats in the Era of Nationalism 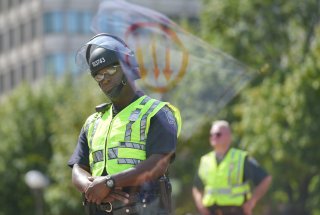 He added that “The inconvenient truth is that our leaders, both Democrat and Republican, have been failing us for decades. They are either complacent or involved in one of the biggest betrayals of the American public in our history. The takeover of the United States . . . I am honored to head the fight to reclaim my country from destruction.”

Surely, it is from this fount of White nationalism’s ideology and urgency to save White society and culture that extremist groups and individuals emerged, such as the accelerationists, including the Boogaloo, to take it upon themselves to hasten a race war following which they hope to triumph over the Jews, blacks, browns and Muslims to the exclusive purity of their White culture.

This is the background against which extremist groups within the crucible of White nationalism are trying to exploit the ongoing protests for equal rights and justice to bring about their racial war. Their actionable ideology is a logical outgrowth of White nationalism, which has become a transnational civilizational movement intellectually and operationally armed with a determination to stop through varying means what they consider the extinction event of the Great Replacement. Consequently, White nationalism has become an existential threat to all minorities in White societies, a threat as ideologically driven as Salafi-jihadism.

To be sure, the threat of White nationalism has not yet become clear in some of the corridors of power in Washington. Tragically, it is being intentionally or unintentionally fed a domestic and international ethno-nationalist diet of sorts, which has served as a legitimatizing fodder to its ideology. From the banks of the Indus river in India to the Pannonian basin in Hungary to the Great Wall of China, to the banks of the Potomac river political leaders and activists have defended their policies in ethnic and/or nationalist terms congruent with the ideological underpinnings of White nationalism. The Trump administration has to take note not only of Antifa’s threat to society but also of White nationalism, which has transcended borders and congealed around a racist sacrosanct right to exclusively exist at the expense of all non-Whites. Otherwise, a racial war may become a self-fulfilling prophecy.

Robert G. Rabil is a professor of political science at Florida Atlantic University. He is the author of several highly commendable peer-reviewed books. His views are his own. He can be reached @robertgrabil.