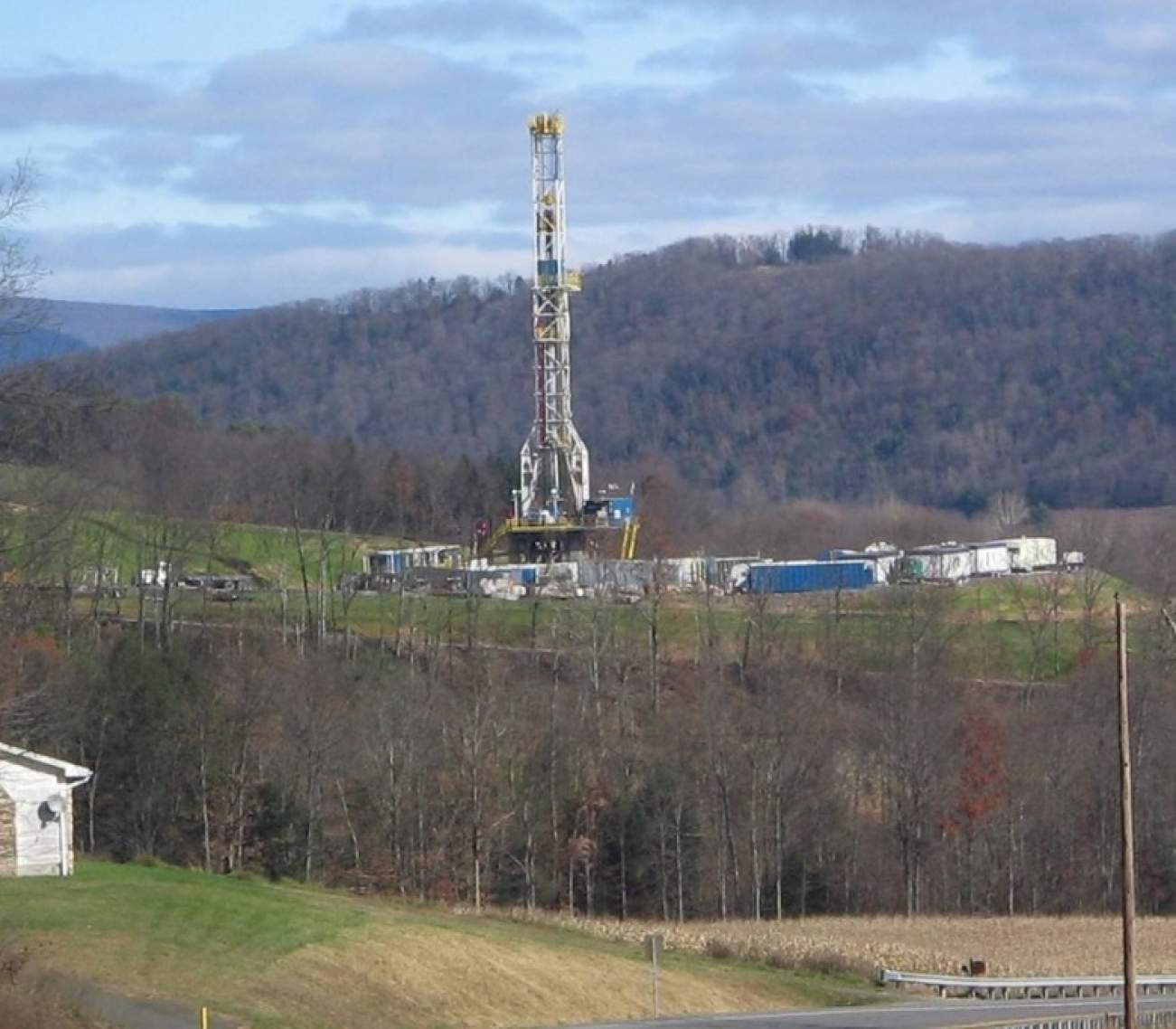 The American energy “revolution” is about a decade old, although it only went mainstream around 2010. Much has been written about its causes and even more about its consequences—yet there is so much hype about how the “revolution” will reshape global geopolitics, that one is hard pressed to get a cool, honest breakdown of what has happened and what it means. The change has indeed been remarkable, but the implications for politics and economics are far less obvious at this time—and they will depend largely on whether America can resist the temptation to use energy for political ends.

The transformation in America’s energy has been speedy and remarkable. Since 2011, energy production has reached a new record each year: from trough to peak, oil production has risen by 50 percent (2008-2013) and natural gas by 34 percent (2005-2013); by contrast, coal has declined by 16 percent as it has lost market share to gas in the power sector. The changes in demand have been profound as well: energy use peaked in 2007 and has since declined. The country is using less oil and coal and more gas and renewables. Carbon emissions from energy are down 10 percent from their high point in 2007.

The boom in oil and gas production has, first and foremost, brought on a boom in oil- and gas-related jobs. Employment in oil and gas extraction has risen by 80 percent since 2003; in supporting activities, jobs have more than doubled. These jobs pay well: in oil and gas extraction, earnings were 66 percent higher than the average in August 2014, and wages are rising fast—after relative stagnation in the early 2000s, hourly earnings have risen by over 50 percent in the last decade (and they have really boomed in recent months). This is still a capital, rather than a labor-intensive industry and so direct employment is around 600,000 to 700,000 people (against total, nonfarm employment of 140 million in the United States). Even so, the benefits of the boom are clearly trickling down to workers.

This new geography of employment, of course, has many side effects. Oil and gas bring jobs in services like trucking, lodging and entertainment, and they are also bringing tax and other revenue to states and communities. Yet much as the industry wants to be a good neighbor and has reduced its footprint, its presence is still felt through noise, surface and air pollution, traffic, increased pressure on social and health services and occasionally violence. Not all communities are enamored with oil and gas.

Nor is the country’s infrastructure and regulatory capacity able to cope with this activity. In energy, America looks like a teenager trapped in the body of an old man—so much dynamism held back by old infrastructure and even older rules. It is no wonder that the first Quadrennial Energy Review will focus largely on energy infrastructure. Meanwhile, the regulatory framework is adapting slowly—approvals for liquefied natural gas (LNG) exports, which seemed stalled for a bit, have now picked up again, driven by progress made at the Federal Energy Regulatory Commission. And the thorniest issue of all—allowing exports of crude oil—is gradually entering the national debate. The rules are catching up—slowly.

The broader economic effects have been more varied. Pundits extol the benefits of “cheap energy,” but the numbers show a more complex story. For one, energy prices have barely declined: in real terms, the price for all energy has declined by just 4 percent since its peak in 2008, and in 2012, real prices were at their third highest point ever. In fact, only natural-gas prices have fallen, but spending on gas accounted for just 7 percent of total energy spending in 2012. The rest of the spending went to oil products, whose prices are set in global markets, and electricity, where prices have stayed high. The consumer is, therefore, receiving only a small stimulus. Total energy spending, at $1.3 trillion, is barely lower than its 2008 peak, and household spending is at an all-time high at $628 billion in 2013 (just below its 2011 peak).

The presumed “manufacturing renaissance” is similarly elusive. Consider chemicals, which are meant to be a prime beneficiary of cheap gas. Chemical production has shown a minor bump, but output remained about 15 percent below its 2007 levels (when gas was expensive). Employment has jumped by 3 percent over the past few years, but it remains 7 percent below its pre-crisis level (December 2007), in effect continuing a long-term decline. Investment has picked up recently, but at a slower rate than in other sectors. If there is a chemicals boom, the data does not show it. This is no surprise: pundits routinely overstate the importance of energy in driving manufacturing activity. The nonrenaissance is just hype catching up with reality.

The trade impacts have been unequivocal: energy exports have risen and imports have fallen. Amazingly, energy accounted for 10 percent of all goods that the United States exported in 2013, up from 3 percent a decade earlier. Due to a ban on crude oil exports, most of this trade has been in petroleum products after crude has been refined—thus, refiners have benefited most from these exports. There has been a similar decline in imports, which fell by 22 percent between 2008-2013, or around $112 billion. In sum, energy accounted for just 34 percent of the country’s trade deficit in goods in 2013, much below the 51 percent it accounted for in 2008, but similar to its level in 2005.

These changes have generally calmed the global energy market and exerted downward pressure on prices. The growth in U.S. production has been essential in balancing an already tight oil market, especially at a time when there are major supply interruptions in Libya, Iran and Nigeria. Brent crude reached a post–financial crisis peak at $125 per barrel, and it is now below $100. The changes in gas have been greater. By importing less LNG than expected, the United States reinforced a glut caused by an unprecedented growth in LNG supply and a sharp decline in demand driven (largely) by the financial crisis. This glut had many effects: it sped the entry of new importers into the LNG market; it helped realign the bargaining power between European and sellers like Russia; it allowed the market to accommodate Japan’s excess needs after the Fukushima nuclear disaster; and it reshaped trade flows in North America by pushing out Canadian producers and helping Mexico cope with a decline in gas output.

More profoundly, the growth in U.S. oil and gas production has altered the world’s perceptions of resource scarcity—both due to the enormity of the production from the United States and to the hope that the technologies and techniques that have been developed in the United States would open up new resources overseas (they have not yet). Peak oil, the idea that the world will hit some ceiling in oil production, was gaining credibility in the mid 2000s, as production stagnated, despite higher prices. The order has been resorted and markets have, once again, responded to high prices with more supply. The implications are being felt in both the oil and gas industries, where everyone expects additional U.S. supply to help meet demand. In LNG, in particular, the emergence of the United States as a, for now, lower-cost supplier has put downward pressure on prices, even though the full effects of U.S. LNG exports will take years to discern.

The future economic and geopolitical effects are harder to read. For one, it is not clear how long the current trends will continue. A great irony of the discourse about shale gas is that pundits like to remind us that forecasters got it wrong in the past, while they, too, turn to those same forecasters to support their own narratives of what comes next. Given this caveat, the current trajectory points to a reduction in oil and gas prices—not necessarily a rapid reduction, not even a uniform one, but a reduction all the same. What this reduction means, however, is not obvious. America’s trade deficit will narrow, but does this strengthen America’s hand? Equally, oil producers will see their export revenues shrink, but we should not expect them to suffer significantly right away.

So what will come from a reduction in oil and gas prices? The conventional wisdom ascribes to energy nearly supernatural properties when it comes to its impact on economies. Cheap energy means growth, and cheaper energy than other countries means competitive advantage. Sadly, such views have no basis in reality. The idea that economic activity is susceptible to changes in energy prices is largely a product of the 1970s, when two oil shocks seem to have triggered unemployment, inflation and anemic growth. In hindsight, we know that oil was a small part of a broader story—a story of budget deficits, the end of the Vietnam War, the collapse of the international financial system of fixed exchange rates, two housing bubbles, an assault against inflation and so on. The claim that oil has played a role in other recessions is even less plausible than it is for the 1970s.