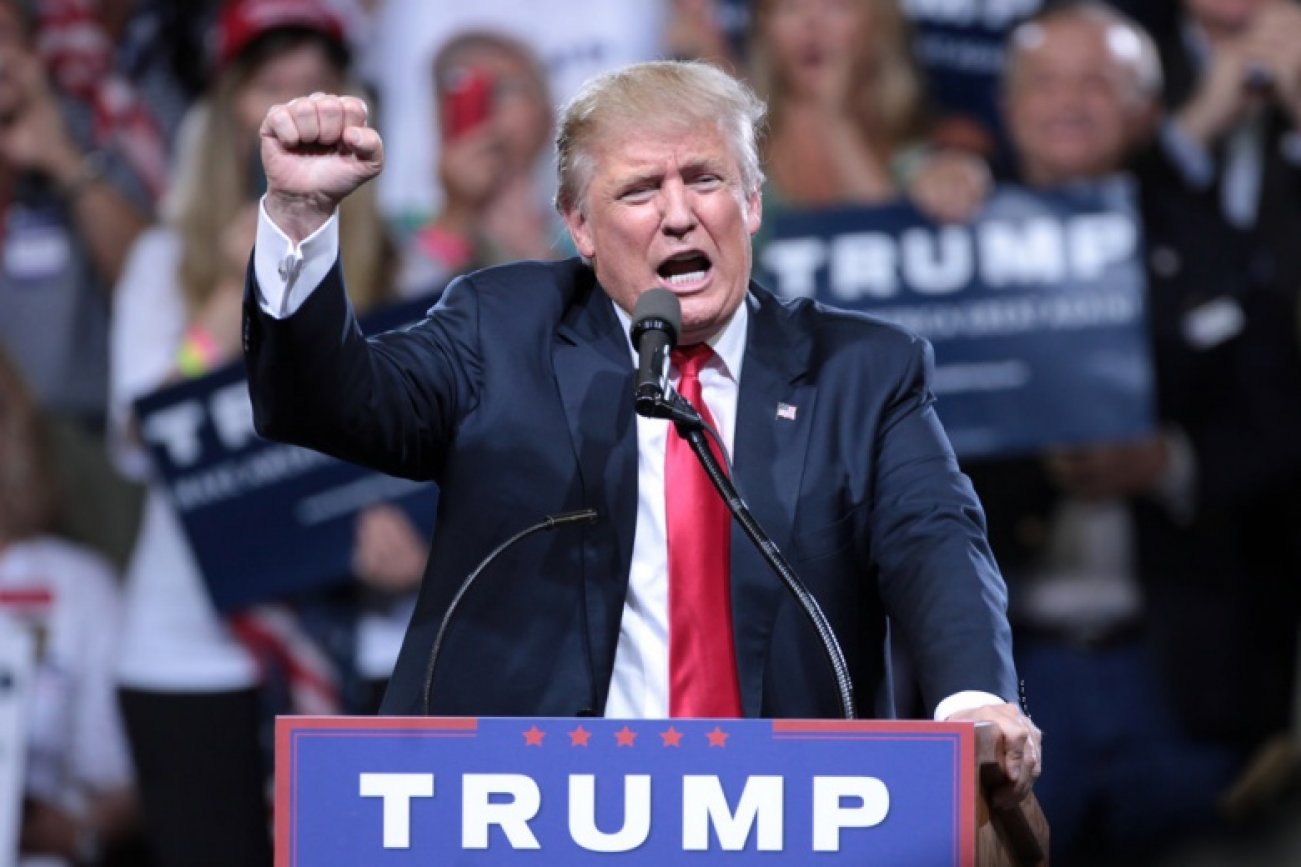 There was a brief moment when I thought I might hold my nose yet vote for Donald Trump in the presidential election. I found myself in agreement with several elements of the late April 2016 foreign-policy speech that he delivered hosted by the National Interest. He appeared to extend an olive branch to Israel and the Arabs, and even to the NATO allies, although he insisted that they fulfill their commitments to increase their level of defense spending to 2 percent of GDP. He also outlined in more detail than previously his vision of what America’s defense posture should look like. He supported strategic nuclear modernization, a robust missile-defense posture, and an increase in Army end-strength, in the size of the fleet and in that of the Air Force. Even Trump’s posture toward Russia seemed a bit more balanced than was previously the case. He made it clear that he would only engage that country from a position of strength.

Trump did not convince me, though I am a lifelong Republican who intends to vote for all the other of my party’s candidates whose names will appear on the ballot in November. His staunchly negative attitude toward free trade worried me; I felt that his stance was the canary in the neoisolationist coal mine. I was concerned that he seemed cavalier about the possibility that his insouciance toward both trade and alliances would lead Japan and South Korea down the road of developing an independent nuclear capability. I did not see how his self-vaunted negotiating skills would bring about peace between Israel and the Palestinians; to the contrary, his meddling was likely to drive them further apart. I could not abide by his proposals to deport eleven million illegal immigrants, many of them Hispanic, and to build a wall on the Mexican border. He mistakenly characterized those illegal immigrants as Mexican rapists and criminals when the majority of these people actually hailed from elsewhere in Latin America and were less likely to commit violent crimes than were American citizens. Finally, I remained deeply troubled by his attitude toward Muslims, which not only threatened America’s relationships with Sunni states already uneasy about American reliability, but smacked of racism that hearkened back to the 1930s, when the Klan hounded Blacks, Jews and Catholics, and “America First” was the watchword of bigots.

For all that, I felt Trump had turned a corner with his National Interest speech, that perhaps he had begun to listen to those advisors who were encouraging him to moderate his tone. I was wrong. His subsequent behavior has demonstrated time and again that the only voice he really seems to hear is his own, and that without a teleprompter, he remains the quintessential rabble rouser, who pays little if any attention to the consequences of what he offers to cheering crowds. Trump has doubled down on his critique of NATO, to the point where he has created the impression among the members of that alliance that it is of no value to him, and, by extension, neither are they. He has not modified his opposition to the Trans-Pacific Partnership (TPP), which is meant to be a major symbol of America’s role as a Pacific power. Nor has he altered the impression that he has few if any qualms about Japan and South Korea going nuclear, or, for that matter, going it alone. While his hostility to China remains undiminished, his mildness toward Russia has persisted as well. Moreover, his astounding ignorance of, and seeming indifference to, current events—notably that Russia invaded Ukraine—calls into question whether he has any real ideas about international security other than those he reads from his teleprompter.

Yet none of the foregoing has led me to conclude that I could under no circumstances vote for Donald Trump. Rather, it is his behavior, his thin-skinned narcissism and particularly his acting out of the many incendiary statements he seems to enjoy tossing out, that have rendered him completely unfit for the highest office in the land. His attack on the Hispanic heritage of an American-born federal judge overseeing a lawsuit against Trump University smacked of a degree of racism that could not even be termed “thinly veiled.” His clashes with the Khan family, American Muslims who lost their son in Iraq, were completely out of the bounds of common decency. And his mimicking of a disabled reporter, now widely televised in a Clinton campaign ad, was nothing short of a disgrace.

I am fortunate to have been blessed with many grandchildren. Five of them are either teens, or are preteens. Their parents have brought them up to be upstanding young citizens, respectful of both the men and women who wear our country’s uniform as well as of persons who may not look or pray as they do. I cannot abide by the prospect that Donald Trump would be their president, and thereby offer them a role model that runs totally counter to the values that have been instilled in them. Every candidate has faults—Hillary Clinton certainly has no shortage—but Donald Trump is beyond the pale. He is a disgrace to the Republican party, and, far more important, to the United States and all it stands for.