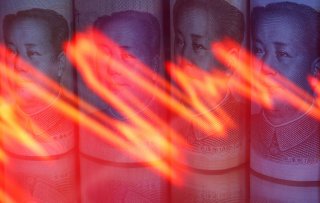 “Emptying out of embassy and consulates has reduced opportunities to collaborate on coronavirus fight and maintain communication channels,” wrote the Wall Street Journal on Saturday, referring to one of the largest evacuations of American diplomatic personnel in peacetime.

Washington closed its consulate in disease-ravaged Wuhan in late January. Beginning early February, as coronavirus spread across China, the U.S. began withdrawing diplomats and their families from that country.

Now, the U.S. is being blamed for tensions between Washington and Beijing. “U.S. Drawdown of China Diplomats Cripples Ties at Critical Moment,” is the title of the Wall Street Journal article. “At a time when we should be building greater collaborative mechanisms to deal with the pandemic—never mind the other big issues like climate change and trade—we’re rupturing them across the board,” said Orville Schell to the paper. In the Journal’s words, Schell, director of the Asia Society’s Center on U.S.-China Relations, “questioned Washington’s need to call back so many diplomats.”

The sharp downturn in U.S.-China ties, however, is the result of a militant communist regime needing a foreign enemy, and the large number of U.S. diplomatic personnel on Chinese soil could be aggravating—not helping—relations between the two states.

Old ideologies die hard, but, as can be seen from Schell’s comments, none more so than “engagement.” The unshakable notion that guided American policy since the beginning of the 1970s was that the United States had to engage communist China, to bring it into the international system so that it would have a stake in the world. As a “stakeholder,” Beijing would see it to be in its interest to support multilateral institutions and enforce global rules and norms.

Unfortunately, China’s regime became more belligerent as it grew stronger and more powerful. Inside the multilaterals, for instance, it weakened these institutions. In the case of the World Health Organization, it effectively made the body an arm of the Chinese Communist Party. Engagement theory should work and sounds good to the ear, but it has failed miserably.

Beijing’s behavior during the ongoing coronavirus epidemic is especially troubling.  For instance, the Chinese military has been engaged in provocative maneuvers, particularly against Taiwan. In a recent incident, on the 16th of this month, more than ten Chinese speedboats rammed and otherwise harassed two of Taiwan’s coast guard vessels, severely damaging one of them. This was the second time this month that China’s boats intruded into Taiwan’s territorial waters and caused an incident.

There have also been, in recent weeks, increased sea and air patrols by China in and around Japan.

Moreover, especially since the end of the first week of last month, the foreign ministry and the Communist Party’s Global Times have been engaged in an inflammatory and dangerous disinformation campaign against America.

On March 12, China stated the origin of this disease was the United States and that the U.S. Army spread the coronavirus to Wuhan. These groundless and inflammatory claims, from foreign ministry spokesman Zhao Lijian, were made alongside other hostile pronouncements from him and his boss, like one accusing U.S. officials of “immoral” conduct.

The following day, the State Department called in Cui Tiankai, China’s ambassador, to protest the grossly irresponsible charges, but since then Beijing, particularly through its ambassador to South Africa and state broadcaster China Central Television, has continued the campaign. Zhao also has not stopped his disingenuous campaign.

Why is this important? Because China’s leaders, with their absurd theories, look like they are justifying in their own minds retaliation against the U.S. Zhao on the 12th intimated germ warfare against China.

In short, this would be an excellent time to deter Beijing. Beijing, however, has not been dissuaded by ordinary diplomatic tools. Whatever the reason for the especially hostile behavior, it is hard to see how the United States, even with a full complement of diplomats in China, could have in recent weeks coaxed the Chinese regime to better behavior.

So how does America dissuade China? “We have to hit Chinese leaders with something that is contrary to what they expect us to do and which dislocates them psychologically,” Arthur Waldron of the University of Pennsylvania told The National Interest on Saturday.

One way to do that would be to start expelling Chinese diplomats in the United States and perhaps closing their consulates. Beijing has to understand that the god of engagement ideology, at least in the American capital, is dead.

Moreover, given Beijing’s new xenophobia, it would be good to repatriate even more American diplomats from China. The last thing the U.S. should do is leave potential hostages in place. Beijing has been taking innocents—some of them American—and there is no point keeping a store of them on hand for China to grab.

Of course, tit-for-tat expulsions could leave no diplomat on station, either in China or the United States. That might be okay with Beijing, however. From 1967 to 1969, China had only one ambassador abroad—in Egypt—and even he was almost recalled.

A lack of contact is not necessarily a bad thing for America. Moving to no in-country diplomats certainly qualifies as Waldron’s psychological dislocation. The Chinese need to know that Americans no longer think that their regime is, in the scheme of things, that important. Unfortunately, American leaders have been feeding the already inflated egos of the Chinese by appearing desperate to communicate and maintaining in their country one of the largest U.S. diplomatic missions anywhere. Reducing diplomatic personnel, therefore, could have an immediate beneficial effect.

In any event, the two powers can maintain ties with zero Chinese diplomats in the U.S. and zero American ones in China. As Waldron, a China historian and holder of a chair in international relations, pointed out to me at the end of last week, “All you really need is one phone line.”