Is Donald Trump Headed for a New Watergate? 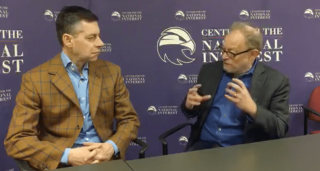 What was the impact of Michael Cohen's testimony yesterday before Congress? Are there real similarities between Watergate and the investigation of President Donald Trump or are they being overdrawn? To answer such questions, TNI editor Jacob Heilbrunn interviews the prominent historian Sam Tanenhaus. Tanenhaus, a former editor at the New York Times and the author of numerous books, recently visited in Washington former New York Senator James Buckley, the older brother of William F. Buckley, Jr., who was the first leading conservative politician to call in March 1974 for Richard M. Nixon's resignation. Here he discusses the parallels and differences between then and now.

Posted by The National Interest on Thursday, February 28, 2019