Donald Trump Meets the End of the Empire 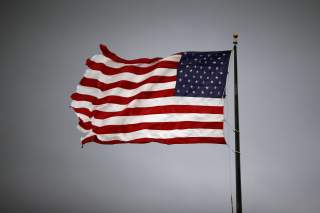 Last week, President Donald Trump directed his cabinet secretaries to cut 5 percent from their budgets for the next fiscal year, signaling a potential a 2.2 percent cut in defense spending. Trump specifically mentioned the defense budget saying, “I made deals with the devil in order to get that done because we had to improve our military. Our military was depleted. It was in bad shape.”

Translation: Get ready. “America first” in foreign and defense policy is about to begin. Defense cuts are on the way.

The cuts aren’t coming as the result of a dispassionate Eisenhower-style strategic defense review or because current defense funds are being squandered on equipment and forces we don’t need. They are coming because the international system has changed and the U.S. government is sliding deeper into debt.

The British waited until 1946 when their debt to GDP ratio reached 256 percent to admit that the Empire was a liability, not an asset; an illusion of power mortgaged to national vanity. Trump is smarter. He knows the American Empire is over.

In Asia, the two Korean States are disarming the Joint Security Area (JSA) in the Demilitarized Zone that separates North Korea from the Republic of Korea (South Korea). In fact, Seoul announced on October 23 that the two Koreas will cooperate in rolling out “practical measures” for denuclearizing the Korean Peninsula, cease all exercises aimed at each other, and establish a no-fly zone on both sides of the border as of November 1. Meanwhile, Seoul has declined to accede to Washington’s demand that Seoul increase its contribution of 960 billion won (USD $846 million) to the cost of stationing U.S. forces on the peninsula by 50 percent.

In Asia, the more deeply the constellation of Asian economic and security interests is studied, the more dated and superfluous the U.S. regional military presence turns out to be. Beijing wants to secure its position as a global power, but Beijing is scrupulously avoiding conflict with its Asian neighbors in favor of doing business with them instead.

The argument for a large and intrusive American military presence in Asia does not hold up to closer scrutiny. The pursuit of security and dollar savings in national defense dictates the withdrawal of U.S. Forces from the Korean Peninsula and Japan. Frankly, President Trump knew this to be true from his first meeting with Chinese president Xi Jinping.

Of course, the pursuit of savings and security will not end with the inevitably withdrawals from Asia. Afghanistan and other commitments are on the list for liquidation.

The lines that separate the allegedly “legitimate” Afghan political leaders, the Taliban they claim to be fighting, and the drug lords are hopelessly blurred. Removing U.S. forces and the contractors that support them will not only save the United States roughly $60 billion a year, the regional powers—Iran, Russia, Pakistan and India—that surround Afghanistan will be compelled to take ownership of a region they’ve helped to destabilize. That, too, is in Washington’s interest.

In the Near East, Erdogan’s clandestine assistance to the Islamic State in the early stages of development combined with the massive arrests and imprisonment of any real or potential political rivals—Kemalist secularists, pro-Western Turks, Kurdish nationalists, or Christian missionaries—should have already precipitated the evacuation of all U.S. forces from Turkish soil. However, Erdogan’s readiness to work with Iran to counter Saudi Arabia and Israel, with Russia to obstruct the United States, and with Muslim criminal cartels in the Balkans to undermine European stability now makes the withdrawal of U.S. forces from Turkey imperative.

America’s senior military leaders will fight these developments and any decision that President Trump makes to eliminate gratuitous overseas military garrisons. When it comes to sharp turns in strategy or decisions about how to organize the American Military for a new warfighting paradigm, let alone a new world, senior military leaders always prefer to “wait and see.”

Still, President Trump’s instincts on national military strategy are correct. Whether the generals and admirals like it or not, the U.S. Armed Forces will be compelled to reorganize and “right-size” for the United States’ real security needs without the inefficiencies and massive overhead in the current force structure. Future withdrawals from overseas garrisons will facilitate this process.

Retired Army Col. Douglas Macgregor is a decorated combat veteran, a PhD, and the author of five books. His latest is Margin of Victory, Naval Institute Press, 2016.